This working father says he needs sleep to function, and that his wife—who stays home and has help from a nanny—can nap during the day.

Newborn babies rarely sleep through the night, and for the most part, their parents don't either. But when a working father of twins posted to Reddit asking if he's a jerk for wanting his wife to handle all the overnight baby duties so that he could sleep, it sparked quite a heated debate.

This father explained that he usually works 72-84 hours a week while his wife stays at home with their 3-week-old twins. He said that he's on daddy duty during weekend mornings and after work, but he needs his wife to handle the overnights so he can snooze.

He went on to say his wife "can take two-hour naps while [the babies] sleep" during the day, but he can't do that while at work. The couple hired a nanny/housekeeper four to five days a week specifically so his wife can rest during the day. According to his math, his wife gets about seven hours of sleep when the nanny is around.

He also said he's "covered all weekends so far" and helps out during the night when he's off from work. He insists he's "not just hanging [his wife] out to dry," although she finds his views unfair. But as this tired, working dad put it, he's working six or seven 12-hour shifts per week, and he needs his sleep to function.

Reddit users were divided on whether or not this dad was being a jerk about this. "Getting up at night is an inevitable part of parenting," wrote one commenter. "You signed up for this when you had kiddos."

But as another Reddit user argued, "70+ hour work weeks isn't doing his part?...He takes care of daddy duties, but it's bordering on physiologically not possible (definitely not recommended) for someone to crank out hours like that while not actually sleeping. His work performance is going to suffer. Significantly."

Many people suggested the new parents hire a nanny at night instead of during the day, but the dad said that just isn't an option. "Unfortunately our nanny has kids as well so she's only available during the daytime," he explained. "I've priced overnight help but it's almost triple what we pay now which I cannot afford."

There were plenty of commenters reassuring the dad that this whole parenting thing would get easier with time. "It's only been three weeks," wrote one user. And "it takes about six weeks to recover from childbirth," noted another.

"She's still bleeding, in horrible pain, exhausted, hormones crashing," said one commenter. "Her body will heal and she will be able to handle more and more, but at 3 weeks she is physically suffering."

Another Reddit user acknowledged that mom and dad "are both suffering," and that "until at least the 6-week recovery period is over, it's just going to suck for everybody." But as many fellow parents were quick to point out, being the sleep-deprived parents of a newborn (times two, in this case) is only temporary.

"I think you just gotta try your best and get through it," wrote one commenter, "even if that does mean having a poor night of sleep once or twice a week."

Hang in there, Dad! 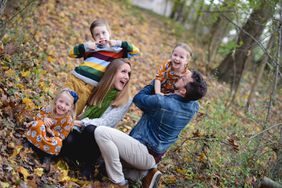 Therapy Made Me a Less Angry Dad 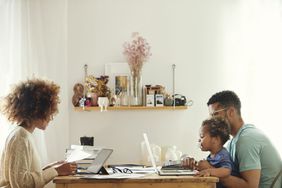 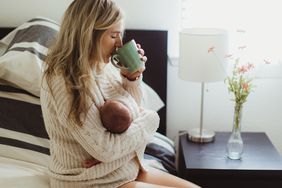