The vaccines—Soberana 2 and Soberana Plus, which were developed in Cuba—make it the first country to offer immunization to kids so young.

Children as young as 2 years old can begin rolling up their sleeves to receive COVID-19 vaccines in Cuba this week. It's the first country to allow immunization against COVID-19 for children that young.

In early September, the Center for State Control of Medicines and Medical Devices, Cuba's health regulator, green-lit pediatric vaccinations. Children between the ages of 13 and 17 began receiving their jabs last week.

It's good news for Cuban children—the highly transmissible Delta variant is ripping through the county's population. The country has one of the highest infection rates in the Western hemisphere, at 70 new infections per 100,000 residents.

Though Cuba is the first country to open vaccinations for 2-year-olds, others have started immunizing younger kids. China and the United Arab Nations are offering COVID-19 vaccines to children ages 3 and older, while Chile is allowing shots for children 6 and older.

In the U.S. and many European Union nations, only children 12 and older can receive COVID-19 vaccinations. Former FDA commissioner Scott Gottlieb, who sits on the board of Pfizer, said vaccines for children ages 5 through 11 could be approved by Halloween during an interview with Face the Nation on Sunday. But it's unclear when younger children will be permitted to get their shots.

Why are Cuban toddlers getting vaccinated while parents in the U.S. sit in limbo? Experts note that Cuba's vaccine is different than the two most common in the U.S., Pfizer and Moderna. Those two vaccines use RNA technology, which has not been tested on children. Cuba, on the other hand, is using Soberana 2 and Soberana Plus vaccines, both of which were developed domestically. Cuban officials say the combination has been shown to be 91.2 percent effective at protecting against COVID-19, based on clinical trials in adults and some children.

The Delta Variant: What Parents Should Know About the Infectious COVID-19 Strain

While the results from those trials have not been published in any peer-reviewed journals, Cuban scientists say they have submitted the papers containing data from the trials and are awaiting publication. To date, 56 percent of Cubans have received at least one dose of the vaccine, and 37 percent of the population is fully vaccinated.

In the U.S., nearly 76 percent of adults have received at least one dose of the vaccine, according to CDC data. Meanwhile, pediatric cases of COVID-19 continue to skyrocket around the country. The American Academy of Pediatrics reports they're up 240 percent since July. 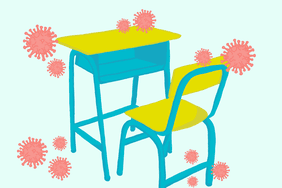 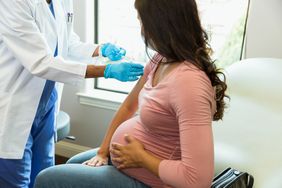 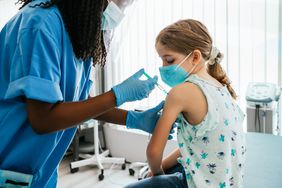