Why are we still demanding that parents hide the reality of family life from their work colleagues?

Over the past few years, we have all changed so much about our lives, including the way we view the intersection of family and career. Many working parents have been able to tear down the careful walls they once erected between their responsibilities at home and at the office, and the freedom has been wonderful. Many workplaces have also started to recognize that people have families and lives outside of their jobs, and have adjusted their policies. It's more normal now to work remotely, to actually use vacation time, or to laugh with your team about a toddler unexpectedly popping up during a Zoom call.

But even with all of this, a recent Reddit post reveals that we still need more institutional and cultural change. The 27-year-old woman who wrote the post asked her fellow Redditors whether or not she was wrong to display her children's photos and drawings in her office. The answer was obvious, right? Well, the writer's office mate, a 50-something man, didn't think so.

"On my side of the office I have pictures of my kids (6M, 4M, 4M, 3M, 1F) on the wall and some drawings that they gave me a few weeks ago," the poster wrote. "I also have a family picture on my desk, and most of our clients like the pictures and drawings because they find it funny. And on his side there's nothing but his framed diploma, and a small clock on his desk. He doesn't have a single picture of his family or anything personal, and I respect that because it's his decision, but lately he started to tell me that he wants me to remove some pictures and drawings because having that in the office makes the place look less professional."

Aside from being sort of a head-scratcher (decorating your work space with photos and mementos is not exactly new), the man's reaction shows that some people still expect parents to act like they don't have kids once they walk into the workplace. We applaud this mom for not giving in to his request.

"I told him that I wouldn't remove them because those are drawings that my kids give me with all their love and that in the company policy there's nothing that says that you can't have personal things in your office. So he got mad and told me that my part of the office looks like a circus," she wrote. "He told me that it costs me nothing to remove all those drawings and put them on my refrigerator or somewhere in my house, that I'm acting like a kid and that I don't remove them just because I want to annoy him."

Ridiculous. And yet, another one of the woman's colleagues backed the man up, telling her that she should remove the pictures and drawings for professional reasons. The woman spoke with her husband about the dilemma, and he told her to stand her ground. Commenters on the post agreed.

"We as a society have moved on from 50-something males deciding what is or isn't professional on behalf of their 20-something female colleagues," one wrote. Another relayed, "I will be 56 in a few days. I can't even imagine getting so worked up about kids drawings that I would tell my co-worker to take them down. Seriously, doesn't he have work to do? If he doesn't want to see the drawings then move the work stuff to the other side of the desk. This is weird."

A third comment hit the proverbial nail on the head.

"I have a public-facing office where a professional image is important," a parent wrote. "I have several nice picture frames that hold a rotating set of my kids' artwork. It is meaningful for me. It looks polished. I've even had a visitor comment on my modern art collecting, without looking closely enough to see it was scribbled crayon on construction paper. If the complaint is about professionalism, this addresses it. But I have a feeling the coworker's complaint is more about sexism and expectations about separation of work and family." 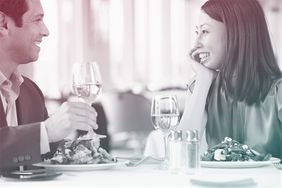