CDC Issues Alert for Enterovirus D68, a Respiratory Virus That Can Lead To Polio-like Symptoms

The advisory is an alert for healthcare providers, not a cause for parents to panic. Here's what parents should know.

The Center for Disease Control (CDC) issued an alert this month about a common childhood virus that can potentially cause muscle weakness and, in rare cases, result in paralysis.

It sounds like a lot of medical jargon—and it is. Put simply, EV-D68 is part of a larger family of enterovirus. Polio is also in this family. Muscle weakness is a side effect of EV-68 and polio.

In rare cases, EV-D68 can cause a condition known as acute flaccid myelitis (AFM). People with AFM experience inflammation in the neck region of the spine and sometimes have trouble moving their arms or weakness in one or all four of their limbs. These symptoms are similar to polio.

Children of any age can be affected, but the advisory notes that in 2018, the last time EV-D68 circulated widely, the average age for hospitalization was 3. During another outbreak in 2014, 10% of people developed AFM, and a full recovery is rare.

This news sounds scary—particularly in light of what we've gone through during the pandemic. But the purpose of the advisory is to notify healthcare providers about the increase in spread so they can consider it when assessing patients with symptoms.

The CDC had found 84 cases between March and August of 2022, compared to 16 cases all of last year, though these numbers may be undercounts. As of September 2, the CDC had found 13 cases of AFM and is investigating 20 more.

There is no treatment or vaccine for RV or EV, including EV-D68. A separate polio vaccine is available. 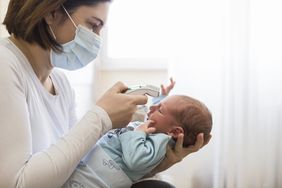 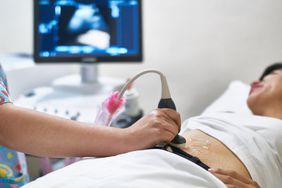