Engaged couples often debate over whether or not their wedding will be an adults-only affair, based on a variety of factors, like the event's location, time, and their family situation. But when one of the people about to say "I do" is already a parent, it seems like a no-brainer that their little one would be in attendance. It appears that is not the case for a bride-to-be who recently took to Facebook to lament that she needs to tell her fiancé that she doesn't want his daughter at their wedding. The jaw-dropping post was shared on Reddit by a user who wrote, "Just throw this woman away...(found on Facebook)."

"I put 'no kids' on the invites so I thought he'd get the point, but he keeps mentioning her being there??"

Apparently, followers weighing in on the original post had "dumb ass questions," so the bride updated with an edit: "She's 3. I am marrying him not his crotch goblin. That's his mistake not mine. I don't want her there because she's needy asf and makes everything about her AND I said no fucking kids!"

The majority of commenters immediately stood up for the little one and against this fired-up bride.

A Redditor named existential_kitty wrote, "The groom needs to cancel the wedding ASAP." Another named ITooHaveThumbs said, "His mistake would be marrying the adult goblin."

iNatro pointed out, "When a 3 yo is needy af? Have you ever met a 3 year old? Not their fault lmao," to which rapidpeacock replied, "Some kids demand multiple meals a day! Ridiculous! My dog only needs one bowl of kibble a day and she’s bigger than any toddler. If a toddler can’t get by on a bowl of kibble that’s too bad."

Others took the long-term outlook for this 3-year-old a bit more seriously. As Redditor B4kedP0tato wrote, "I feel bad for her if he does go through with it. That's evil step mother material."

10 Sweet Ways to Incorporate Your Kids Into Your Wedding

However, a Redditor named StanCorr played devil's advocate, writing, "Sure calling your future stepdaughter a mistake isn't nice at all but I kinda see where she's coming from. Toddlers in general are wonderful but in most cases they are really fucking annoying at adult events. They are unpredictable and messy and make noise and need tending to at random times and it's potentially worse that it's the groom's kid because she could start shouting for daddy if she sees him. A wedding should be as perfect as possible and even one young kid there makes the chances of that drop significantly."

While most brides understandably wish for a day that's "as perfect as possible," there really is no such thing. In fact, the harder you try to make anything "perfect," the more it seems you set it up to be a disaster. And ultimately, a toddler's "annoying" behavior will be over in a flash, while a marriage will hopefully last for years to come. Sadly, it seems like this bride is suffering from an extreme case of caring more about her wedding day than the marriage itself. And the latter is going to include a relationship with this man's little "goblin," whether she likes it or not. 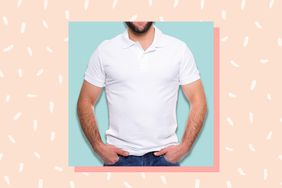 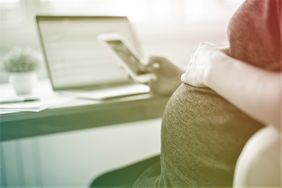