Brave Mom Who Gave Birth Battling COVID-19 Honors ICU Nurse in a Special Way: 'She Helped Me Recover with Her Words and Faith in Me'

The Missouri mom of two underwent an emergency C-section while intubated and credits her ICU nurse with seeing her through the scary experience. She recently returned home with her newborn.

Back in September 2020, Monique Jones, a 28-year-old mom from Ferguson, Missouri, began experiencing classic COVID-19 symptoms: chills and shortness of breath. Although she rarely left her house other than to grocery shop, always wore a mask, and washed her hands, Jones tested positive for the virus and was hospitalized. Making matters even scarier and more complicated: She was pregnant with her second child, a baby girl.

"It was possible that I wouldn't live—that's all I was thinking," Jones told Good Morning America. "They asked me if it was possible to take my baby out. At first I told them no, but I wasn't getting any better."

Intensive care unit nurse Caitlyn Obrock told GMA that Jones, who was her patient, was on high oxygen and was nervous about the intubation. "She was scared," she said. "I was very invested in her, hoping and praying for a good outcome."

Thankfully, during the first week of October, Jones awoke and was transferred to a rehab facility where she underwent occupational, speech, and physical therapy.

Meanwhile, although Obrock doesn't usually keep in touch with her patients, she said she felt a special connection with Jones. She ended up raising $2,000 in baby gifts for the mom of two, and she and her colleagues held a baby shower for her.

"It was to boost her morale," Obrock told GMA. "The way she started out motherhood with this baby was unfair, and we wanted her to know how special and loved she is."

On December 10, Zamyrah was released from the NICU at St. Louis Children's Hospital and is now home with her mom, dad Jamez Prewitt, and older sister Damiea, 6.

What Pregnant People Need to Know About Coronavirus

Soon, Jones decided to ask Obrock to be the little girl's godmother. "I felt it was the right thing to do," Jones tells Parents.com. "She helped me recover with her words, faith in me, throwing the baby shower, and raising money for me."

Now, as Jones settles in at home with her baby girl, she and Obrock look forward to a future, well-deserved celebration. 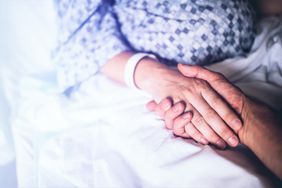 My C-Section Recovery Experience: 7 Things I Wish I Knew 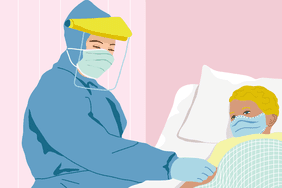 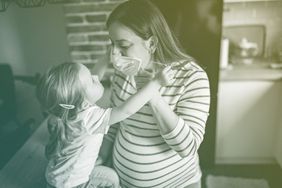 I'm High Risk for Coronavirus, So How Do I Proceed Once the Country Opens?