The company hopes to 'inspire the next generation of changemakers' with the doll of the former first lady and a new digital series.

One of the most popular first ladies in American history is getting the Barbie treatment just in time for International Women's Day on March 8. The brand introduced the Eleanor Roosevelt doll on March 3 as part of a new series empowering young kids everywhere.

"We are delighted to welcome former First Lady Eleanor Roosevelt to the Barbie Inspiring Women series and to shine a light on how her perseverance as a champion of policies around civil and economic rights made an impact on the world," says Lisa McKnight, senior vice president and global head of Barbie and dolls, Mattel.

By shining light on role models like Roosevelt—the longest-serving First Lady of the U.S., a United Nations spokesperson, and human rights activist—the company hopes "to inspire the next generation of changemakers to dream bigger than ever," adds McKnight.

The doll comes as Barbie also announces a first-ever digital series "You Can Be Anything" featuring educational 20-30 minute live streams with role models, including Black-ish star Yara Shahidi (she also has her own Barbie), fashion model Adwoa Aboah, and youth activists Mari Copeny and Havana Chapman-Edwards. There will also be activities and interactive content for families to enjoy together. This series is all taking place every Saturday of March at 1 p.m. ET (starting March 6) on YouTube and Facebook.

"With the virtual event space growing exponentially, we are leaning in with innovative online experiences authentic to our brand DNA, like the Barbie You Can Be Anything Series, to connect female role models who have broken boundaries with families and remind them that kids will become the leaders of tomorrow," adds Lisa McKnight, Senior Vice President and Global Head of Barbie and Dolls, Mattel.

The brand says this is all to further its mission with the Dream Gap project, which launched in 2018 to help girls worldwide reach their full potential. Along with donating funds to like-minded organizations, (this year's new partner is Girls Leadership, which focuses on gender and racial equity through its work), the project also conducts research, highlights role models as mentioned above, creates inspiring content, and encourages purposeful play. 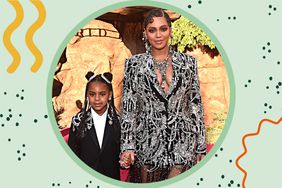 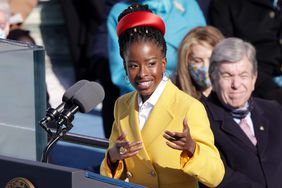 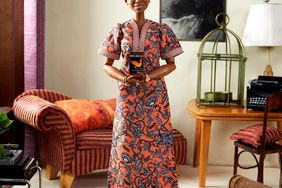 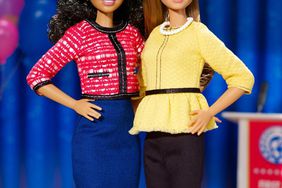 Not Sure Who to Vote For? Meet President and VP Barbie