Get ready to sing some doo, doo, doos when Baby Shark Live! hits the road again starting in June. See the tour dates and how to get tickets.

Some good news for Baby Shark lovers: Baby Shark Live! will hit the road again in June after a year hiatus due to the pandemic. As families get ready to sing some doo, doo, doos, the production team says COVID-19 safety measures are also being taken.

"We're thrilled to bring Baby Shark Live! back to stages across the country," says Stephen Shaw, tour producer and co-president of Round Room Live, the company producing and promoting the live event. "Audiences have been waiting over a year for live entertainment to responsibly return and while we plan to continue offering memorable experiences for the entire family, our priority is to keep everyone safe and protected by working with venue and health officials in every city." (Families are encouraged to reach out to their local venue to learn more about safety protocols.)

The first Baby Shark Live! tour hit more than 30 cities across North America in 2019. The live show is based on Baby Shark and the viral earworm from Pinkfong, children's educational brand of South Korea's SmartStudy. Together they go on a sea adventure while singing and dancing to songs including Five Little Monkeys, Wheels on the Bus, Jungle Boogie, and Monkey Banana. Of course, the show wouldn't be complete without the Baby Shark song too.

Tickets go on sale on Thursday, April 22, and can be purchased online at babysharklive.com. More shows will be added soon. But view the upcoming dates below: 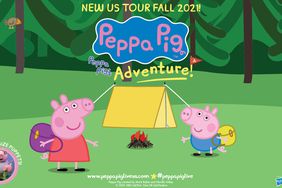 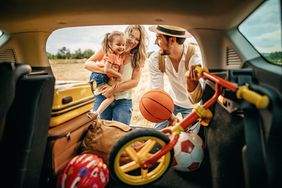