After 10 Months in the Hospital, Mom Finally Holds Baby Born Without Skin

Ja'bari Gray was born without skin on most of his body, and after months of intense surgeries and treatments, he's breathing on his own.

A baby born without skin from the neck down, who had initially been denied the life-saving care he needs by Medicaid, is being transferred to Texas Children's Hospital in Houston. Three-month-old Ja’bari Gray was born with epidermolysis bullosa (EB), a genetic condition that makes skin fragile, blistered, and susceptible to injuries.

Now, after 10 months in the hospital, Ja'bari's mom, Priscilla Maldonado, can finally hold her son skin-to-skin.

When he was born, doctors originally thought he had Aplasia Cutis, a rare condition where babies are born without skin, with or without the absence of underlying structures such as bone. Some doctors suggested the family take the baby home, make him comfortable, and let him die. But Maldonado wanted to fight—and even named her son Ja'bari, which means fighter.

According to News 4 San Antonio, Maldonado said she was told he could be treated at Texas Children’s Hospital, but Medicaid said the hospital was “out of network” and that it wouldn’t cover the transfer or stay. Thankfully, that all changed today, according to a new report from News 4. But Medicaid and hospital officials were inundated with complaints following the station's first story about Ja'bari.

“Lost, confused, hurt, you know, it’s a child’s life that’s on the line. It should be no questions asked. It should be approved how it is,” Maldonado previously told News 4. “From day one, they said he had no chance of surviving, and I would hate to give up or everybody else to give up on him when he’s made it this far in life.”

Parents of a Boy Battling a Rare, Debilitating Skin Disease Are Raising Money to Save His Life

Maldonaldo says that she had a normal pregnancy, but it was upon Ja’bari's arrival that doctors confirmed his diagnosis. “They don’t know how to treat it,” Maldonado said. “They’re treating it as burns.”

Up until the hospital transfer was approved, the little boy had been on life support. "Now it came down to where they just want us to go ahead and disconnect him when we feel comfortable because he’s in too much pain and suffering right now,” Maldonado originally explained. “I just want my baby to be home and be normal and be able to hold my baby.”

Mom Is Raising Awareness Around Her Toddler's Rare Skin Condition

EB is incurable; patients with mild cases have normal lives, but severe cases, like Ja'bari's, require multiple surgeries to replace damaged skin. At Texas Children's hospital, Ja'bari underwent a skin transplant with skin grown in a lab in Boston. The transplant and several surgeries to fix scar tissue were successes, as his mom was able to tell with her own hands. She was able to pick up her son for the first time 10 months after he was born.

"It was heartwarming because he was crying when he was laying down, but as soon as I picked him up and had the skin-to-skin contact and put him on my chest, he just stopped crying," Maldonado told ABC13 in Texas. "Now you can kiss him, touch him, do all that stuff." 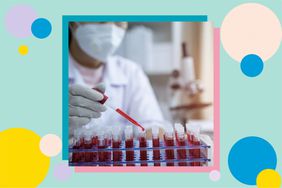 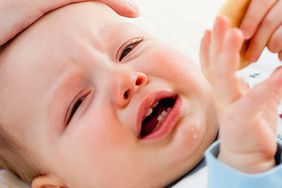 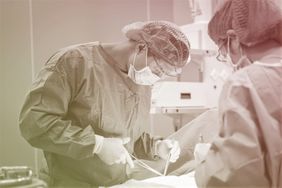 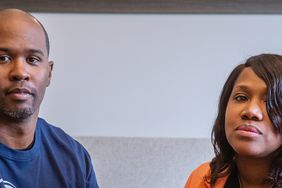