American Girl debuts new collection titled "World by Us," with dolls serving as drivers of change in causes including environmentalism, racial equity, and immigration.

On Thursday, American Girl is releasing a new line called "World by Us," featuring dolls that "reflect American girls today," according to a press release.

Makena Williams, Evette Peeters, and Maritza Ochoa serve as leaders of change for causes including racial equity, immigration, and environmentalism. The idea to create this line derived from wanting to help explain racism and connected issues to their demographic. And in true AG fashion, the company created a line of dolls to help children to understand and advocate for these issues.

Per tradition, each doll comes with their own storybook, which will share overlapping stories of how these friends, who are peers at the same school, use the power of passion and working together to enact change in issues that are close to them.

When she's not scoring goals on the soccer field or enjoying music-filled festivals that celebrate her Latina heritage and background, doll Maritza takes action by advocating for immigrant families and keeping them together.

While she typically expresses her worldviews and ideals through dress, her style takes a whole new meaning and look after doll Makena experiences racism in her front yard.

Doll Evette is keen on immersing herself in nature and doing what it takes to help protect the planet we all call home. After realizing racism exists in her biracial family, she works hard to heal within the four walls she calls home as well.

A number of advisers contributed to the collection as well, checking for cultural accuracy and authenticity, editing and reading manuscripts, and sharing their own experiences with these issues in their own lives. Contributors and advisers include: Katrina Lashley, Yasmine Mabene, M. Lucero Ortiz, De. Deborah Rivas-Drake, Deanna Singh, and Naomi Wadler. They also gave insight and expertise on the physical attributes of each doll, including face shape, hair styles and types, and skin tone.

The Original American Girl Dolls Are Back

In collaboration with Harlem's Fashion Row (HFR), a design agency that connects brands and designers of color, American Girl will also host a fashion show event to serve as a debut for the "World by Us" line and introduce reimagined designs for AG's historical characters.

Creative director and founder of brand Cushnie, Carly Cushnie is reimagining historical dolls Felicity, Josefina, Addy, Samantha, Molly, and Kirsten. The doll designs Cushnie creates will be auctioned off to support the Girls Who Code organization, which strives to close the gender gap in technology.

The American Girl Fashion Show Event is taking place on Thursday at American Girl Place-New York in the Rockefeller Plaza and will be livestreamed. Designer Prabal Gurung, who collaborated with American Girl during New York Fashion Week for his Spring 2022 show, will host the event.

In addition, American Girl is donating $25,000 to HFR's nonprofit organization, ICON360. ICON360 helps raise both funds and awareness for the future of BIPOC fashion designers and leaders. 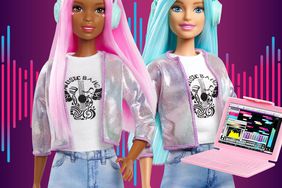 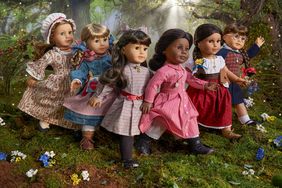 The Original American Girl Dolls Are Back