The partnership with Athleta and the Women's Sports Foundation is awarding $200,000 this year to cover athlete's child care needs.

Olympic sprinter Allyson Felix, in partnership with Athleta and the Women's Sports Foundation, announced the latest round of mom athletes who have received $10,000 grants to cover child care expenses related to competitions. Six of the nine athletes in this round are headed to the Tokyo Olympics.

The Child Care Grant awards, part of the Power of She Fund, are an initiative to ease the burden of child care costs for female athletes who are parents. Lora Weber, a sitting volleyball player, is one of the athletes competing in Tokyo who received a grant. In a press release accompanying the announcement, she described trying to juggle training and caring for her three children.

"We don't have family nearby to help with the child care, so much of my training happens in our home with my kids acting as trainers. There have been many instances where we simply can't justify the cost of a babysitter on top of the cost of the gym and training site, so my training falls by the wayside," Weber said.

Felix is known for her advocacy of athletes who are mothers. She wrote a viral essay describing how her contract negotiations with Nike broke down after she asked not to be penalized if her performance suffered during the period around the birth of her daughter Camryn. Felix's testimony came shortly after Olympians Alysia Montaño and Kara Goucher broke non-disclosure agreements to detail how Nike had treated them during their pregnancies. Nike and other major sponsors have since updated their contracts to ensure athletes who become pregnant aren't financially penalized for doing so.

"As a mom and an athlete, I know first-hand the obstacles women face in sports," said Felix in the press release, noting that her contract stipulates she can bring her daughter with her when she competes. "These grants are about showing the industry that all mom-athletes need this same comprehensive support to be able to participate in their athletic endeavors."

The nine grant recipients in this around are:

Berry, Kanahele Maclay, Schneider, Tuliamuk, Webster, and Zagunis will be competing in Tokyo.

Applications for the remaining funds—the WSF says it will award $200,000 in grants in 2021—are open until August 31. Recipients will be announced in October. Winners can use the money to offset child care costs related to competing, including travel expenses, caregiver costs, meals, or medical equipment. Applicants must be female athletes who are parents or will become parents in 2021. They must be eligible to compete for a U.S. national team. 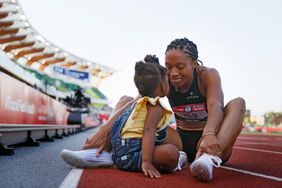 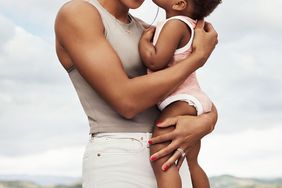 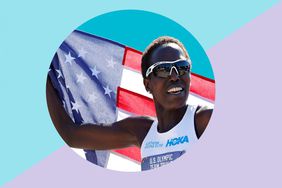 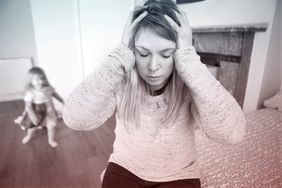