Hey Parents, Teens As Young as 16 Can Now Preregister to Vote in Some States

Encouraging kids to be engaged citizens who exercise their right to vote is getting easier, thanks to several states leading the charge on preregistration for teens.

From TikTok to the streets of major metropolitan areas all over the globe, young people born between 1996 and 2010, defined as Generation Z, are already making their voices heard — and they're not going to stop speaking out until government steps it up. Recent findings from the Pew Research Center concluded that fully seven-in-ten Gen Zers say the government should do more to solve problems. That's why it's heartening to know that in plenty of states, Gen Zers can take action to support the election of lawmakers who bring progressive solutions to the table. They can preregister by the time they're 16 or 17.

Here's what you need to know about preregistration for teens—and how to find out if it's possible in your state.

The legal age to vote in all state and federal elections in the U.S. is 18, but how and at which you can register differs from state to state. In various states, people under 18 can preregister, so that they will be eligible to vote once they're of legal age. According to the National Conference of State Legislatures (NCSL), a pre-registrant will fill out an application and be added to the voter registration list with a "pending" or "preregistration" status. Then, after they turn 18, they'll be added to the voter registration list and can cast a ballot.

Fourteen states specify that preregistration occur at 16 years old, while four have the age minimum set at 17. And 26 others hold that anyone under 18 can register to vote, as long as they will be of voting age by the time of the next general election.

For instance, in California, a teen can pre-register to vote at 16, and if they do, they will automatically be registered to vote on their 18th birthday. But in New Hampshire, a teen can preregister as long as they'll be 18 or older on the day of the next election to register.

Which States Have Which Preregistration Rules?

States that set another age at which an individual may preregister: Alaska permits those under 18 to register anytime within 90 days before their 18th birthday. Georgia, Iowa and Missouri permit registration of those who are 17.5 (if they turn 18 before the next election). Texas permits a person who is 17 years and 10 months of age to register.

Why Preregistration Is Important

Four out of ten Americans who were eligible to vote did not do so in 2016, according to the United States Election Project, run by Michael P. McDonald, a political science professor at the University of Florida. Voter turnout matters and states are looking to preregistration as one option to engage young voters in the electoral process, points out the NCSL. Plus, the sooner teens can get fired up and prepared to vote, the more likely candidates whose platforms reflect the next generation's goals and beliefs will win. 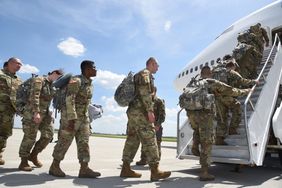 Could Your Teen Be Drafted?