The story of the U.K. preteen's pregnancy highlights just how important it is to build an open, trusting relationship with your kids and start sex education early as the age of puberty declines.

The average age of onset of puberty continues to fall, making pregnancy at younger ages more possible than previous periods in history.

In 2021, an 11-year-old became what at least one doctor believed to be the youngest person to give birth in the U.K., according to a report by British news outlet The Sun. The girl became pregnant at 10 years old and delivered her child after more than 30 weeks of pregnancy.

According to Sun, both mom and baby remained healthy through delivery and recovery, but the birth was a surprise to the girl's family, who didn't know she was pregnant. "It came as a big shock," a source close to the family told the publication. "She's now being surrounded by expert help. The main thing is that she and the baby are OK."

But social services and council chiefs were compelled to look into the matter. "There are questions around why people did not know," the source continued. "That is very worrying."

The Conversations You Should Be Having With Your Kids About Puberty

Sun doctor Carol Cooper says this is the youngest birth she's heard of. Previously, another British preteen, Tressa Middleton, gave birth at the age of 12 years old in 2006. And a 12-year-old mother and 14-year-old father had a child in 2014, the lowest combined age of British parents on record, according to Sun.

But just because children that young are physically able to get pregnant doesn't mean there aren't risks involved. "There's a higher risk of a low-birthweight baby, preeclampsia, premature labor, and many infections," Dr. Cooper continued.

According to the World Health Organization (WHO), complication during pregnancy and delivery is the number one cause of death for teens between the ages of 15 and 19 globally. Data on adolescent pregnancy (between the ages 10 and 14) is difficult to find, but as recently as 2008, the Centers for Disease Control and Prevention (CDC) noted that the U.S. pregnancy rate for adolescent children was 60 in 1,000.

In addition to potential complications during pregnancy and delivery, teen parents are also more likely to drop out of high school. Thankfully, teen pregnancy rates in the U.S. have fallen in recent years. Experts attribute the decline partly to the rise in contraceptive education and use. These same experts maintain that to continue this trend, it's vitally important for parents to communicate openly with their children about sex.

15 Best Sex Education Books and Resources for Kids by Age

If an adolescent or teen becomes pregnant, there are three options, depending on location: parenting, adoption, and abortion. Ideally, the pregnancy isn't hidden and the child can find a trusted adult who can help them get the care they need. Additionally, there are support groups available to help no matter which option is chosen. For more information, check out Planned Parenthood, Considering Adoption, or the Child Welfare Information Gateway. 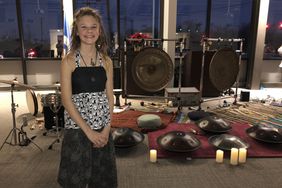 This 11-Year-Old Is the Youngest Certified Bhakti Yoga Instructor in the U.S.