Not all superheroes wear capes but some are moms who use Cameo to help their kids with potty training.

When one mom found herself in a crappy situation during potty training, she knew she had to use her creative superpowers. So, she called in a superhero, or, more accurately, paid Spider-Man to give her 2.5-year-old son a "poop pep talk" because he was afraid of the potty.

"My 2.5-year-old told me that pooping on the potty was dangerous, and I just couldn't have that," said the mom, who goes by @postpartumpsycho on TikTok, in the video. Below her, there's a text overlay that reads "potty training desperation."

How to Potty Train Your Child: The Best Tips From Experts and Parents

But, as many parents may have learned, sometimes the most stressful times bring out our creative sides. This mom revealed she enlisted Spider-Man's help.

Now—and you may want to sit down for this—Spider-Man doesn't exist. But someone who plays him on Cameo, a service that allows people to pay celebrities to create personalized videos for friends and family, does.

If case you're sitting there in disbelief, Mom posted it for all of TikTok to see.

"I hear that you say pooping on the potty is scary and it's dangerous," Spider-Man says in the video. "I have something to tell you…it's not scary, and it's not dangerous. It's actually safe, great, fun, easy, and clean…I just want to encourage you to use the big-boy potty like I did…it feels good to poo on the potty."

The video has more than 107K likes. I'm personally speechless, but more than 2.2K commenters were not.

"That man probably has a ton of bloopers trying to film that in one take," one commenter said. "A real hero."

A Cameo search shows Spider-Man actors charge anywhere from $5 to $75 and above for a video. I'd pay on the high end for the blooper real.

"Mama done got so fed up she called in the Avengers," another commenter said.

"This is the perfect use of Cameo," someone else commented.

Indeed, there are so many possibilities. Need a child to ditch a pacifier? Do their homework? Eat broccoli? Call in a superhero. But is it effective? Though the mom revealed in the comments she paid $55 for the video, she wouldn't say whether it worked. But she has no buyer's remorse, adding that it was the best $55 she has ever spent.

Remember, potty training shouldn't be a power struggle. If your child isn't into it yet, it may be time to re-assess whether they are ready. 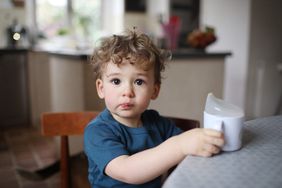 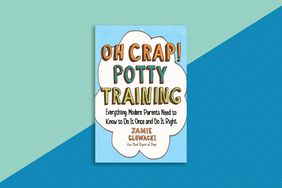