Black men are less likely than other men and people with testes to seek out permanent options for birth control, such as a vasectomy, often because of misinformation.

Family planning at its core should involve both parents, with both parties deciding on the best course of action. The choice should not solely lie on women, who can decide between taking oral contraceptives for the rest of their child-bearing years and invasive tubal ligations. This means that a couple that consciously decides not to have more children should have a vasectomy as a viable option. That was how Janelle King, a registered nurse in Atlanta felt when approaching her 40th birthday. She couldn't imagine starting the motherhood journey all over again, but didn't like her options for contraception and wanted her husband to get a vasectomy. However, like many Black families, he was not on board at first.

Vasectomy is a form of permanent birth control that cuts the supply of sperm to semen. It's done by cutting and sealing the vas deferens, the tubes that carry sperm. "It's almost 100% effective at preventing pregnancies" after three months, according to Planned Parenthood. Avoiding sexual intercourse is the only way to completely prevent pregnancy, but failure rates for vasectomies are very low—roughly 1 in 10,000 cases. A vasectomy prevents pregnancies but does not protect against the transmission of sexually transmitted diseases.

For most patients, after a consultation confirming their decision, a doctor will review their medical history. The healthcare provider will usually ask about a history of excessive bleeding or blood disorders, allergy or sensitivity to local anesthetics, current medications, history of injury or earlier surgery on your genitals, scrotum, or groin, and history of recent or repeat urinary tract or genital infections.

Vasectomy vs Tubal Ligation by the Numbers

Known "as getting your tubes tied," tubal ligation is a surgical procedure where the fallopian tubes are cut, tied, or blocked to permanently prevent pregnancy. But unlike vasectomies, tubal ligations require longer recovery times. According to a recent study conducted by the National Survey of Family Growth, 6% of men in the survey population reported getting a vasectomy, while 16% of women had a tubal ligation.

Why are Black men less likely to get a vasectomy?

Dr. Winkler went on to share that misinformation around the procedure is the biggest deterrent, so without a regular healthcare provider to counsel these men, myths abound. "The overwhelming majority of Black men that I have counseled about getting a vasectomy, have gone ahead with the procedure," says Dr. Winkler.

Often, conversations around male birth control are stifled and ripe for misinformation around vasectomies. Dr. Winkler spoke with Kindred by Parents to dispel these myths.

MYTH: A vasectomy will cause loss of sexual function.

TRUTH: "The biggest concern for Black men about vasectomies is how it will potentially affect their libido," says urologist, Dr. Winkler. "A vasectomy will not affect libido, or sexual drive, or your testosterone. The procedure blocks the flow of semen and nothing else." Winkler also stated that most ejaculate comes from the prostate and seminal vesicles, not the testicles, so most patients have robust ejaculation post-vasectomy.

TRUTH: Dr. Winkler assures patients that "the procedure only involves the vas deferens, the tube that transports the semen from the testicles to the urethra. No other organ is involved."

MYTH: You cannot cause pregnancy after a vasectomy.

TRUTH: "I advise patients to use a birth control method for three months post-vasectomy until all the sperm is cleared from the semen," says Dr. Winkler. "Additionally, pregnancies can still be caused via IVF. Sperm extraction is still possible because vasectomies don't stop sperm production."

MYTH: The vasectomy procedure is painful.

TRUTH: "With the use of local anesthetics, patients will only feel minor discomfort during the procedure," says Dr. Winkler. "There will be some aching post-procedure, but this is usually managed with medication."

How to Talk to Your Partner About Getting a Vasectomy

The two most significant factors that have been shown to influence Black men to get a vasectomy are informed counsel from a healthcare professional, and knowing another man who has gotten one without incident. Janelle King, R.N., a registered nurse in Atlanta, GA, shared her family's experience with Kindred by Parents.

"We were pretty clear early on that we were complete as a family of three," said King. "We discussed the pros and cons of permanent birth control options, and I strongly encouraged my husband to get a vasectomy.

"He definitely was not on board at first," she said. "He was scared that the doctor would mess up and 'accidentally' cut in the wrong place or that he would never be able to 'get it up again.'"

She used her expertise as a medical professional to provide her husband with a surplus of resources to help with his decision-making. Ultimately, her husband's decision was influenced by his best friend having a vasectomy with no side effects.

"My husband was able to pick his brain and ask questions, which helped to quell his fears," said King.

Generally, vasectomy is an underutilized tool for family planning within the Black community. Though it is an extremely safe procedure and relatively inexpensive, there is a lot of misinformation around it largely due to a lack of access to consistent quality healthcare. Anyone who is considering permanent birth control should have a conversation with a licensed healthcare provider.

Though this story addresses vasectomies for cisgender heterosexual couples, Kindred by Parents acknowledges that not all people with testes identify as men, and not all birthing people identify as women. 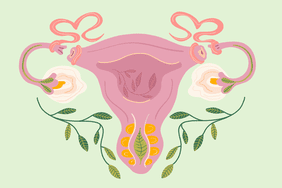