Juneteenth became a national holiday in June 2021. Before national recognition, Black people have been commemorating the end of slavery in the United States for generations.

While Juneteenth became a Texas state holiday in 1980 and has been celebrated by Black communities across the United States for years, it wasn't until 2021 that it became a national holiday. President Biden signed official legislation last year following the deaths of George Floyd and Breonna Taylor that catalyzed demands for justice and equity worldwide.

A combination of "June" and "nineteenth," Juneteenth is the yearly celebration of the abolishment of slavery in the United States. It means different things to Black families across the U.S., which has inspired a diversity of traditions and celebrations. While some Black families enjoy large events, others honor the day with something more intimate. Regardless of what each person does, they recognize Black autonomy—while also knowing there's still progress to be made.

Kindred by Parents talked to Black people across the United States to learn how they celebrate Juneteenth with their families. Here's what they had to share.

Carl Kemp, chief communications officer of Environmental Affairs for the Los Angeles County Department of Public Health, founded the Long Beach, CA Juneteenth Celebration in 2021 and will host a celebration on June 18, 2022, that will include performances, art, dancing, and more. However, Kemp is no stranger to celebrating Juneteenth, having planned events for it since 2017. He explained that it started with "putting up the Pan African flag with our American flag, having a few friends over, listening to good Black music—everything from Nina Simone and John Coltrane to H.E.R and Anderson .Paak." Kemp's wife, who is Mexican, would cook a traditional Black meal, including "shrimp and grits," and they'd do fireworks. For him, it's a chance to bring the community together. Yet, many still aren't as familiar with the holiday as others.

Despite the immeasurable impact of Juneteenth, many people don't begin celebrating it until later on in life, which often reflects a failing of American education and the rejection of critical race theory. Photographer and video editor Shaquoya Jones says, "June 19th is something that I found out about later on into my adulthood." Never hearing about it growing up, she felt "proud" when she could finally recognize it as a special day.

Jones explains, "I use this day to honor my ancestors who endured things that nobody should have to. I cook their favorite foods and talk to them to keep their spirits alive and let them know that their sacrifice and endurance to stand up allowed me to be who I am." For this Stockton, California, native, the Juneteenth menu often includes macaroni and cheese, gumbo, cornbread, greens, and fried chicken.

Food has always been a significant part of Black culture, and it continues to liberate families throughout the years. Another major part of Black identity is generational bonding. That's certainly something that Dawn Burkes, assistant editor at the Los Angeles Times, continues to cherish during Juneteenth.

Similar to Jones, Burkes began celebrating the holiday later down the road. She shared, "I know the history of Juneteenth but had never actually celebrated it until I moved to Texas." It was difficult for her to imagine such a painful and traumatic history being aligned with any celebration, but she realized that it's "celebrating perseverance." That's a message she wishes to pass on to her daughter and others in the community.

Burkes said, "every year, we find a celebration and read the history. It's important to celebrate, not just remember for one day, but to never forget."

From the Jim Crow south to The New Jim Crow, representing mass incarceration and police brutality, freedom has a long way to go for Black lives. Juneteenth was a major stepping stone but not the end of the story.

People like Norma Adams-Wade, columnist and retired senior staff writer at The Dallas Morning News, knows all too well that Juneteenth is only a drop in the bucket when it comes to Black liberation. A Texas native, Adams-Wade shares that Juneteenth is a constant reminder of one of the darkest Juneteenth tragedies that took place in Mexia, Texas.

On June, 19, 1981, the Baker family was thrilled to attend a Juneteenth celebration in Mexia—until police took their teenage son into custody along with two other boys. The police officers drowned all three boys in the river. For many, including Adams-Wade, that "shattering tragedy" was the "end of joy." Juneteenth brings back painful memories for many Black Americans.

With that said, Wade explains that "gradually," the joy is returning. In Texas especially, she mentioned honoring Texas native Mama Opal Lee, "whom we all consider grandmother around these parts." Lee, known as Ms. Opal, has spent years fighting for Juneteenth to become a national holiday and was finally able to see the fruit of her labor at 94-years-old in 2021.

Adams-Wade shared that her family doesn't do anything "big" for Juneteenth, but it's "loving." They drink red soda water and eat watermelon, which represent the blood shed during the Transatlantic Slave Trade as a "nod to the occasion." She's passionate about keeping the memory of those that paved the way alive.

The way that many families keep the legacy of Juneteenth going is by making sure that they study its history with their children. Freelance writer and author Jonita Davis of Terre Haute, Indiana, says, "I make it a point to talk to the kids about it [Juneteenth]. We are a family of history nerds, so they get really fascinated by it." This year, they plan to go to the library to check out books about Juneteenth. She also hopes to eventually take her kids to an official event, as their town doesn't have a Juneteenth event yet.

At every turn, Black people have been met with anti-blackness, as they're targeted in the nation their enslaved ancestors built. However, Juneteenth maintains a resolve to protect Black family, freedom, and felicity. Whether a celebration is big or small, Juneteenth plays an integral role in the lives of Black people across America. 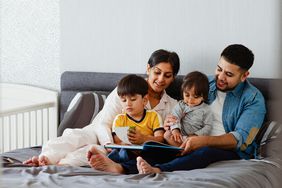 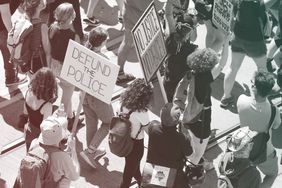