Singer and mom-to-be Rihanna refuses to hide her pregnant body, sending a message to all of us about self-love and body confidence.

Rihanna has stayed in the headlines since announcing her pregnancy in late January. Her signature rule-breaking style, which seems even more bold when paired with her unapologetic baby bump, is a major source of attention.

In a May interview with Vogue editor Chioma Nnadi, the mom-to-be spoke about the way she's been defining pregnancy—and pregnancy style—on her own terms, setting an example for all of us who may feel societal pressure to follow rules about motherhood.

"When I found out I was pregnant, I thought to myself, there's no way I'm going to go shopping in no maternity aisle," she told Nnadi. "I'm sorry—it's too much fun to get dressed up. I'm not going to let that part disappear because my body is changing."

This newest interview is the latest addition to Rihanna's long history of pushing back against respectability and the social scripts around womanhood, especially for Black women. She's talked openly about her body and embracing it fully before and told Essence that advocating for Black women is a "no brainer." During the Vogue interview, the singer and businesswoman made it clear that she is aligning her parenting style with her lifestyle, not societal expectations.

She's staying true to herself throughout pregnancy—even if others are uncomfortable with how she embraces her body. Her perspectives give expectant parents, especially Black moms, a reminder that their bodies are still beautiful during pregnancy. It's rare we hear Black pregnancy and birth experiences discussed outside of trauma and the disparities Black people face during birth. This makes Rihanna's unapologetic self-love, joy, and confidence even more important.

Her actions are proclamations that Black women can do motherhood on their own terms and love themselves even when the outside world doesn't. Her confidence and excitement as she awaits her first child in the middle of a maternal mortality crisis is a reminder that the constraints of racism are persistent and pervasive but Black pregnancy and birth still deserve to be experienced with joy.

Rihanna carries herself in a way that's a gift to all mothers and expecting people—and she knows this.

Nnadi agreed. "Here was a beautiful woman at her most abundant, sexy, and strong, delighting in the creative play of getting dressed—with or without a baby bump," wrote Nnadi after saying that though some have criticized Rihanna's fashion choices, most celebrate them.

Rihanna's ongoing body positivity and refusal to see her changing body as something to hide is a proclamation that Black women can do motherhood on their own terms. Though the issues Black mothers face might be persistent and pervasive, loving our bodies doesn't have to be one of them.

"My body is doing incredible things right now, and I'm not going to be ashamed of that. This time should feel celebratory," says Rihanna. "Because why should you be hiding your pregnancy?" 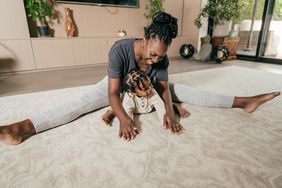 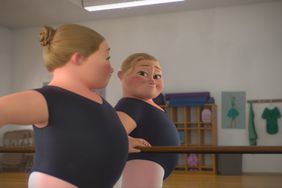