After seeing how isolated Black students were at the elite white schools they attended, one mom created a solution.

The lack of diversity in private schools is not a new issue. For Black families, it can be an especially daunting task to give their children a quality education while also helping them navigate the lingering effects of being 'the only one' in a classroom.

According to a 2019 Pediatrics magazine article, "Anxiety and depression can be as high as six times the national norm in many high-achieving schools, where children's mental health is affected by pressure to achieve. Couple that with the fact that many Black students are often the only one or one of a few in a private school classroom, and it's no wonder that suicidal behaviors, thoughts, and mental health challenges among Black high school public and private school teens is far outpacing trends among white peers."

Lisa Johnson remembers the feeling of being one of two Black students for most of her middle and high school education at an independent school in Atlanta, Georgia. Now a wife and mom of two children at a Southern California private school, she was naively surprised to learn that not much had changed since she was in school.

"As an independent school alumna, current independent school parent, and trustee, I'd gotten to a place where it was clear there was a generational experience in private schools for Black families that just wasn't being addressed," says Johnson.

In the Spring of 2018, Johnson shared her concerns with mom-friend Kawanna Brown, who was dealing with the same issue at her children's private school. "We wondered when someone would get all the Black families in private schools together so we could socialize," she recalls.

Instead of waiting for someone else to do it, Johnson and Brown set out to become the change they wanted to see. That summer, Johnson recruited a small group of parents to lend their names to a park playdate Evite. Collectively they reached out to 75 friends with children in various Los Angeles private schools and word of mouth did the rest.

They also reached out to the Independent School Alliance for Minority Affairs, an organization that works in partnership with families and schools to help students of color access an independent school education, and asked them to sponsor the gathering. To their surprise, 500 responded, representing more than 30 LA-area private schools.

The founders could not have known the critical impact PSV would have during the global pandemic as it pivoted from in-person activities to Zoom sessions focused on mental health, financial literacy, summer reading, virtual talent shows, and cultural speakers. "In a raging pandemic and a continued racial reckoning in the country, PSV swiftly responded to what Black independent school families needed," says member Amber Rainey who has three children in two private schools. "My family benefited from online classes taught by experts in their fields, and we have enjoyed the much-needed cultural education, camaraderie, and leadership opportunities. For us, PSV is family."

That has always been the goal. "Many families appreciate the simplicity of providing a way to get together—without expectations or requirements other than having someone in the family that identifies as Black, having someone in the family affiliated with a private school, or simply by being an ally who wants to support Black families and their experience better," says Johnson. "There are no prerequisites or applications to submit, just a commitment to keeping things simple, social, engaging, educational, and fun."

​ And this summer PSV extended its reach with the launch of Somos PSV, a community for Latino families to have a similar collective affinity space. It also launched a Student Advisory Council made up of a select group of high school students from various private schools who work together to increase opportunities for socialization, build community pride, and empower and motivate all students to work towards increased equity and justice.

"Our children must know that they have a broader community behind them that looks like them, lifting them and providing support in a way that can only come from a group like ours," says Johnson. "After all, it takes a village."

To learn more, visit www.privateschoolvillage.org. Follow PSV on IG and Facebook at PrivateSchoolVillage, Twitter at VillagePrivate, and LinkedIn at Private School Village. For information on Somos PSV, visit, www.somospsv.org. 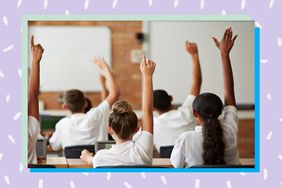