Working from home during the pandemic was a welcome respite for Black parents, who often faced hostile environments and daily microaggressions in the workplace that take a toll on their family lives.

Although Ernest Provo has only been with his company for a year, he has already experienced racial microaggressions at work in his role as a tech developer for an automation company.

Provo says that his company, which is headquartered in Europe, has made it abundantly clear that "if you do not fit the mold of what we consider to be our home office ethnic and cultural background, there are certain positions you just will never be truly evaluated for."

Despite COVID infection rates dropping, working from home isn't going away anytime soon. For many parents, it has allowed them to be more present with their children, has saved families on commuting and gas expenses, and has improved morale for teams.

For Black parents, working from home has also been a way of escape from workplace microaggressions. Although it's not a fix-all, it's a start for Black parents who are fed up with racial biases.

A study from The Conference Board revealed that 60% of companies made working completely remotely optional and 90% are allowing hybrid work. But some industries have already rolled out plans to require their employees back into the office.

Provo is one of those employees.

Provo and his wife have just welcomed their second child less than 5 months ago. Working from home has allowed him to have an office space set up with his 7-year-old daughter, where he can help her with her schoolwork during the day so that they can spend the evenings together.

But time with his daughter is being reduced since his company required him to return to the office this month. In addition to the expectation of cultural assimilation, many of his coworkers have blind spots to the difficulties that come with being a Black man working in his field.

"If you move up high enough in the company, the company gives certain benefits, namely a car," Provo says. "You can use a brand new car as a personal vehicle to get around and if you are a person of color you understand that the perception of somebody driving a car that is worth $80,000, $100,000 or more and is a fairly young-looking person draws a lot of attention from people who work in law enforcement."

Leslie Forde designs policies, practices, and benefit structures for companies to better accommodate parents and caregivers in the workplace. She's the founder of Mom's Hierarchy of Needs, a business dedicated to providing mothers with tools to combat stress and increase their well-being and mental health.

Forde says you simply can't isolate yourself from microaggressions.

"A lot of times microaggressions will happen in front of us and we hear them or we see them. But many times, it's what's said when you're not in the room. When managers are making decisions about promotions and growth assignments and those conversations are happening without you being there," says Forde. "So I don't think anyone should walk away with the impression that you can remove yourself as a Black professional. You can't remove yourself from microaggressions just by not being in the office."

Provo believes that putting Black women in leadership roles at large and mid-cap corporations can reduce microaggressions at work because of their unique points of view as women and people and color.

Although well-meaning, Black women have bared the brunt of workplace hostility for far too long. Leah Goodridge, the managing attorney for housing policy at Mobilization for Justice, shared in a series of now-viral tweets how Black women often go from admired worker to public enemy number one. She's also published a paper on how professionalism is a racial construct. Goodridge recalls defending herself after being called out of her name publicly by a white, male coworker that was senior to her. Even then it was labeled as a "personality conflict."

"It is not a coincidence that Black people demanding respect in the workplace are often attacked as extreme or unreasonable when historically, enslaved Black people seeking liberation were literally diagnosed as mentally unwell, irrational and suffering from 'drapetomania,'" Goodridge tweeted.

And even with more Black women in positions of leadership, microaggressions can still have adverse effects on mental health.

Shontel Cargill, a licensed therapist and Regional Clinic Director for Thriveworks, encourages Black parents to prioritize their mental health, even when the trauma feels insignificant.

"Really and truly that micro part doesn't necessarily mean that there aren't huge implications of overall decline in health over time," Cargill says. "And when they're not addressed in the workplace, unfortunately, it does lead to a very toxic work culture that not only impacts the employee's overall health but job satisfaction, productivity, sense of safety within the space and even liability in some cases."

Xavier Johnson has a 6-year-old son and is pregnant with her second child. She attended therapy after experiencing name-calling and belittlement from her Black superior resulting in her ultimately leaving the job.

Johnson says her mental health has improved since taking an internship where she mostly works remotely. She enjoys the ambiguity of communicating with her team mostly online.

"I honestly don't even think my team really knows I'm Black. I definitely feel like there's not that added burden of are they judging me based on what I look like. Half of them I probably haven't even talked to so they haven't even really heard my voice. I feel like it's kind of stripped away a layer of the possibility for some of these microaggressions just because they can't see me."

Unlike Johnson, however, nearly half of the Black labor force work in industries where working from home isn't an option.

On top of dealing with microinsults and uncomfortable work environments, the proverbial glass ceiling and wage gap have set Black workers back for decades. Data from McKinsey & Company shows that almost 50 percent of Black workers in the United States work in healthcare, retail, or accommodation and food service industries, where many bring home a salary less than $30,000. "Conversely, Black workers are underrepresented in industries such as information technology, professional services, and financial services—all sectors that typically have relatively higher wages and job growth."

Cargill also points out that working from home may be a temporary solution to getting away from that one insensitive coworker or to give yourself a mental break, but proximity bias is also a very real threat to at-home employees.

"You see the favoritism or the nepotism towards employees who work in person over those who work remotely. That's a form of structural racism because there are people of color who work in remote positions for various reasons, particularly because it feels more safe for them," says Cargill. "They're avoiding those toxic work environments, it creates more of a work-life balance for them. You'll see that there are more individuals who aren't offered promotions and upward mobility."

While closing the wage gap may be a bit more complex, Forde says there are practical steps she encourages workplace leaders to implement to eradicate microaggressions at work and not leave Black workers blindsided: being transparent about expectations.

"Many of the leaders in organizations have all grown up in the same way. They've gone to the same business schools, their parents owned vacation homes in the same town, and they speak the same language. And it puts Black people and other BIPOC professionals at a disadvantage when leaders aren't clear," she says.

As workplaces begin mandating returning to the office, prioritizing equitable and healthy work environments for their employees, namely Black parents, should be high on their list. 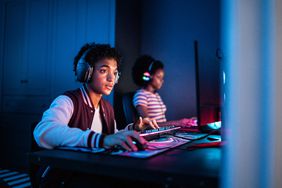 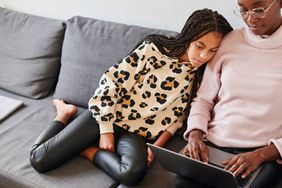 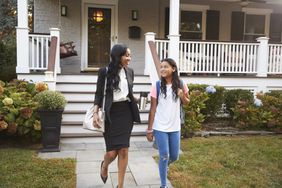 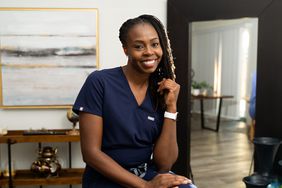