The actress doesn’t play when it comes to being a strong role model for her niece.

Yvonne Orji is a Nigerian-American comedian and Emmy-nominated actress who plays Molly, the successful lawyer and friend everybody loves to hate, on HBO's Insecure. She's also somebody's auntie.

The actress can be spotted in the most recent episode of Insecure (Season 5, Episode 2) wearing a "Somebody's Auntie" t-shirt. In Orji's real life, she's an auntie to her 2-year-old niece. Like many Black aunties, she sees her role as an important one.

"She will have so many more possibilities. We talk about it generationally. We say, 'I am my ancestors' wildest dreams,' but I had to strike the rock so many times to be like it is possible to be in entertainment," says Orji. "Now, if she has any creative bones in her body, she can be like, 'Oh, no, I can do this.'"

Just by doing what she loves and being good at it, Orji is sending the message to her niece that people who look like them can have their dreams. For Orji, that's more than just a fluffy idea that sounds nice. It's how she lives her life.

The actress-comedian was born in Port Hartcourt, Nigeria, and moved to the U.S. when she was a kid. Her upbringing as a first-generation Black immigrant and the expectations tied to it shaped her early choices. As a child of immigrants, her parents' dream for her was to become a doctor. She pursued that path for a while and has a master's degree in public health to show for it. Orji, however, felt led to comedy, and so she followed that passion. Still, concern for the health and quality of life of people, especially those in Black communities, is in her bones.

RELATED: Three Major Parenting Lessons I Learned as the Child of Immigrants

Before going into the entertainment business full time, Orji worked in public health for two years, where she saw racial health disparities in action. Though her plate is consistently full—with the final season of hit HBO comedy-drama Insecure airing now, Netflix original Vacation Friends up for a People's Choice Award for best comedy movie, and her new book Bamboozled by Jesus out now—Orji still found time to lend to a cause close to her heart and in line with her background.

Orji partnered with Merck on a three-part web docuseries, Uncovering TNBC, that explores the racial disparities in breast cancer mortality and the stories of three Black women diagnosed with triple-negative breast cancer (TNBC). The actress moderates the honest and emotional docuseries.

"I'm nobody's doctor, but when I encounter things that are meaningful for me and that I can lend my voice or my platform to, that's important to me," she says. "While working in public health… I realized there's not only disparities in knowledge—there's this barrier in care."

Black women are almost twice as likely as white women to have TNBC, an aggressive cancer with limited treatment options and higher rates of death. In Uncovering TNBC, we see three Black women diagnosed with TNBC and their stories on persistently advocating for themselves in a health system that routinely discriminates against Black people.

"For me, it's just like, yeah, we're not playing with our health," she says. "If there's education that we can use to inform people on what their rights are, how they can talk to their doctor, especially when you're experiencing something like triple negative breast cancer, which is super deadly and affects black women, especially at a higher rate… we don't have time to play games."

RELATED: I Decided To Stop Hiding My Breast Cancer From My Kids, and It Made Our Family Even Stronger

Orji hopes the project empowers more Black women to advocate for their health the way her mother taught her to.

She takes the same approach with her entertainment career.

"I use those same sentiments in Hollywood, where you get told no so often," she says. "I'm like, 'You know what? Watch me.'"

And in true Black auntie fashion, Orji continues to work to be a woman her niece can proudly watch and look up to. 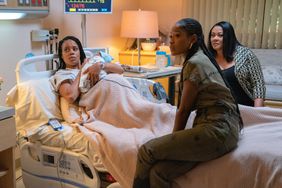 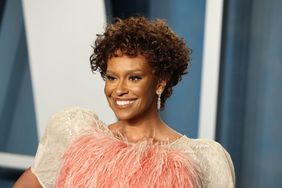