Black children are often labeled as they try to show up authentically. I’m still healing from the labels in my life.

My upbringing was filled with labels that affected my self-esteem. The earliest labels—that I was fat and consequentially stupid—were assigned to me by my father before I was old enough to remember. I was quite a chubby baby, and I kept that weight as I grew until I was old enough to attend school. My older sister started going to kindergarten when I was around two or three years old, and I envied how much she was learning.

I was very curious and always wanted her to show me the new picture she had colored or the new words she had learned to write. My mom noticed my curiosity and urged my dad to take me to school as well. In response, my dad laughed at her suggestion, saying I was too fat. He went on to say that overweight children are usually slow learners. He told her that they should wait a few more years before taking me to school because the school fees money would be a waste.

Thankfully my mom didn't listen, got a loan, and enrolled me in kindergarten the next month. Even though time had passed since my mother told me about this experience, it still deeply hurt that my father made assumptions about my potential based on my appearance.

"Parents should never assume or ignore their children's abilities," says Roselyn Kigen, a licensed marriage and family therapist in Nairobi, Kenya. "This can cause the child to have low self-esteem as they start to doubt themselves. Instead, parents should spend time with their children to get a better understanding of whom they really are."

Had my father taken the time to watch me as my mother had, he would have quickly discovered that he was wrong. This experience wasn't the last time the adults in my life would label me and cause me pain.

Despite all of this, my studies were a breeze for me. Everyone soon discovered that I was a brilliant child. I was usually top of the class with high academic grades in most subjects. I also just happened to lose a lot of weight before starting primary school. I knew my size didn't make me more or less intelligent.

Around that time, the narrative changed from me being fat and stupid to me being the most intelligent child in the family. My parents would constantly tell me that I was blessed with good brains and urged me to focus all my attention on what they called the more serious subjects like science and math. Despite this being a positive label, it still affected me negatively.

They heavily discouraged me from doing so, saying home science was a subject for those who were academically challenged. I felt pressured to make a choice that made them happy, and I chose physics. But even though I picked what would make them happy, the labels didn't stop, especially as I developed my voice.

My school life was highly chaotic. I went to an all-girls Catholic school and was always in trouble with the teachers. I was a loud and talkative child. I loved to express myself, and I questioned many Catholic teachings, which I thought were very extreme. The teachers called me a troublemaker and a noisemaker when I spoke up. What hurt me the most is that with time my parents also started viewing me as a "naughty child" and often compared me to my siblings who didn't get into any trouble in school. They urged me to change my behavior and be more like my sisters.

But I didn't want to be like them. I was viewed as a rebel as I continued to oppose the extremist views they taught. The things I heard in school and at home made me feel that my confidence was a problem. Soon I started believing that something was wrong with me. I didn't fit in with my family and always felt like the odd one out. Again, the labels and expectations of my family had hurt me.

Kigen says the experience of my parents expecting me to be like my siblings is common and often has negative consequences on children. "Parents should not compare their children with each other. This can lead to sibling rivalry and foster unhealthy competition among them," she says. Instead, she says parents should learn to accept their children are different and celebrate their uniqueness. But instead of celebrating my uniqueness, the adults in my life continued to label me, and things worsened.

The worst label I experienced in my youth was my teachers calling me "boy crazy" and my mom calling me a slut. They didn't understand that I was curious about them since I have three sisters and no brothers and was barely exposed to boys growing up. I always tried to find ways to interact with boys and get to know them. But this landed me in trouble in Catholic School.

I was suspended twice in high school, and on both occasions, I had been trying to interact more with boys. This label contributed to the shame and guilt I had surrounding sex as an adult. When I was sexually abused, I blamed myself for years and felt too ashamed to tell anyone about it.

"Parents need to be very careful about the advice they give their children," says Kigen."Talk about the benefits and dangers of sex instead of expressing how sex will affect the child." She also says they should focus on the item at hand and not the child as they discuss complicated topics like sex.

The comments that made me feel like a bad kid while growing up really affected my self-esteem. After I completed Catholic school in Nairobi, I moved to Cape Town, South Africa, to further pursue my studies. The environment was different and allowed me to challenge those labels. I went from being the "bad kid" to the teachers' favorite at my new liberal-minded school.

My parents were shocked that I wasn't getting into any more trouble in school, and my teachers loved me. The experience helped me realize that there was nothing wrong with me. My time in Cape Town was a wonderful journey of self-discovery. My creative talents were admired and praised by many around me, and I soon discovered that my creativity was my biggest strength and not a weakness.

The older I grew, the more I discovered that my parents were also human beings capable of making mistakes. This realization helped me let go of many of the limiting beliefs I learned in childhood. I started to love myself for who I was—not for who others expected me to be. I started therapy this year, which has greatly helped me to become more confident.

I'm now leaving the labels behind, living my truth unapologetically, and following my dreams through my creative career. 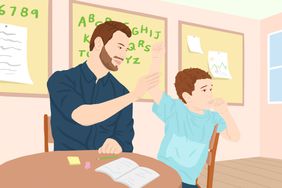 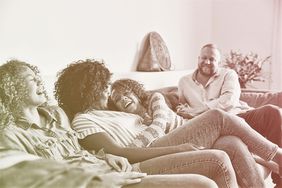