Our music has always told stories of our struggles or celebrated our victories. We can use songs to help our kids not only feel proud of what Black people have overcome but also help history come alive.

When enslaved Africans were forced to toil on plantations, on ships, and in almost every type of U.S. labor imaginable, it was music that was both a call for—a guide to—their own freedom.

"As we look at the history of Black people in America, music has always been at the core of highlighting our struggles and triumphs as a community," says Dr. Marcus Shepard, PhD, a professor and musician, noting spirituals such as "Wade in the Water," "Song of the Free," and "Down in the River to Pray." "We explicitly know the field songs or the work songs… oftentimes had coded messages for people to understand what's going on."

So because these spirituals provided both solace and direction during slavery, they were also the kinds of songs sung in the first Juneteenth celebrations, when on June 19, 1865, over two years after the Emancipation Proclamation was signed and over a year after the civil war ended, Black people in Gavelston, Texas, were told legal slavery had been abolished in the Confederacy.

Black people rejoiced, and because these celebrations were initially held in churches, the same spirituals that had gotten them through slavery were also part of the festivities. As Juneteenth celebrations grew, so did the music you would find at them. This evolution is reflective of Black people's relationship with music and with its use as an expression of our desire for freedom.

Throughout the decades, music lyrics have held powerful messages—words of instruction and inspiration.

"Music has always been kind of a form of resistance as well as celebration at the same time," Shepard explains. "We see that even happening during civil rights, where you do have songs that are more explicit," Shepard says. "Like 'Say It Loud' by James Brown, or 'A Change is Gonna Come' by Sam Cooke, or 'We Shall Overcome,' even 'Respect' by Aretha Franklin, or 'To Be Young, Gifted and Black,' [by Nina Simone], 'Strange Fruit' [by Billie Holiday]."

This long tradition of powerful music is something that Kyesha Jennings, a writer and content director of the North Carolina Arts Council, says continues through generations.

"Black musicians, Black musical artists, they've been consistent in being able to share our joy, share our triumphs, our struggles or obstacles through music," she says. "The only difference is the updating of the genre or the additional elements that are contributed to the song. But then at the same time, we have contemporary artists who pull from past genres, past decades."

Music can help us heal from past struggles. And when it's time to talk to kids about them—discussions that are not always easy to have—music can also be a helpful tool. It can give us the language to use and help us find the words we are seeking.

"Sometimes, music even gives us the language to kind of be able to navigate the racism that we may experience every day," she says. "I think about Solange's 'A Seat at the Table,' right? Like, that gives us a language to talk about hair politics and all the above."

And when we have that language, we can help our kids not only feel proud of what Black people have overcome but also help history come alive.

"I think it can inspire them and instill a sense of pride in their Blackness by listening to music that discusses freedom," she says. "Sometimes, kids always talk about school or history can be boring, but music is a way to make the history lesson more entertaining, to inform them, and then to instill a sense of pride and understand that our story and our struggle doesn't always have to be traumatic. It can be celebratory also."

Lara Downes is a classically trained musician, a cultural historian, and also, she's a mother. When she thinks about celebrating Juneteenth and helping the next generation do the same, she believes in letting them do a lot of the guiding.

Downes believes our music needs change based on what is going on in our world: What our ancestors saw as freedom is not the same as we define it now, and that difference will likely be the same for kids today.

"What's really encouraging to me about this next generation is I think that they're redefining freedom in so many ways," she says. "They're really redefining freedom itself, when it comes to all the paradigms of gender and identity and the ways that they are choosing to live their lives. I think it is a cultural shift."

Last year, she curated a list of Juneteenth songs for NPR. The list was filled with upbeat songs, with titles like "What A Wonderful World" and "Here Comes the Sun"—songs she felt matched the energy of the time, especially a year after the death of George Floyd brought protests, and corporate promises.

"I was feeling very energized by all of the activism and action that was being taken and felt and shared in our country," she says. "I was feeling like it was a wave of energy that was going to propel us forward. It was going to make a change. And so there was a lot of reference for me back to the '60s, which was my parents' time of activism."

But, Downes says, if she were to curate the same kind of list this year, it would be totally different.

"The really striking thing for me was my different perspectives on what freedom means in June of 2021 and June of 2022," she says. "And it made me think that's a very good thing because freedom means different things as we travel through time and history."

Amina Norman-Hawkins, an adjunct faculty member in the Department of Music at Columbia College Chicago, knows that there is no single type of music that can be considered Juneteenth music today. It's wide-ranging, genre-bending, and always outspoken.

"When I reflect on what Juneteenth music would represent or reflect, I think it would reflect all of all African American music: from spirituals to blues to funk to hip hop, embodied in all of that are songs of resilience, songs of struggle, songs of freedom, songs of civil rights, of amplifying the cries of injustice," she says. "It's a part of African American cultural identity that these practices that we carried with us—from the continent through the middle passage—that we still maintain, and that is reflected through every iteration, every new genre."

And because our connection to the music of our ancestors remain, Norman-Hawkins says we shouldn't rush through the emotions we have when we re-examine that period. The story of Juneteenth gives us and our kids a way to both process the pain of what has happened while also honoring those who have come before us.

"We spend a lot of time trying to forget the past and 'let's move on' and 'let's figure out how to get past the things that have happened,'" she says. "But I think celebrating Juneteenth and just recognizing that moment and the original individuals who were there … I think it allows us to go back and kind of reflect on that journey, how far we've come, but also not forgetting the narrative."

In that vein, Norman-Hawkins encourages parents to teach their children these narratives—narratives she says provide messages of hope, resilience, and identity. One way to share this history is to stay with the tradition of oral storytelling.

"African history is an oral one, and so, it is important for us to—especially descendants of Africa throughout the diaspora—to remember to tell our stories," she says. "That is how we document and record our history. So talk to your children, talk to your parents, talk to your grandparents. Record and celebrate those stories and keep passing them on." 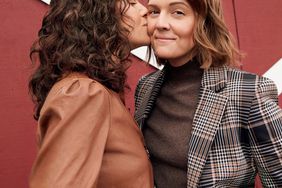 Brandi Carlile On Her Journey to LGBTQ+ Parenting: 'Queers Must Pave Their Own Way'