The program in Jackson, Mississippi is one of several helping the poorest Black single moms take care of their children.

One of the poorest and most underserved states in the Union for the African American community is not where you'd expect to find the longest-running guaranteed income program. Magnolia Mother's Trust gives Black single mothers in Jackson, Mississippi, $1,000 a month for one year, no strings attached.

The program provides 20 Black mothers living in extreme poverty in Jackson with much-needed guaranteed income. The first disbursements were made in December of 2018, funded by a grant from the Economic Security Project. A second year of the program started in March of 2020, with 110 moms participating.

Mississippi is not a state with a history of help available for Black single mothers. Sadly, it echoes what happens all across the U.S., as Black mothers face a "poverty tax" which threatens their stability and ability to pursue bettering life goals.

"Magnolia Mother's Trust should be a bigger program," says Maleeka Hollaway, a single mother, and entrepreneur.

"They say the average American family could benefit from an extra $500 a month. So many mothers could benefit from having an extra $1,000 a month to care for themselves and their families," says Hollaway. "Basic necessities like electricity, gas, rent, clothing, and food are often hard to come by for Black single mothers when every piece of income is allocated before the check hits the bank. I believe it's worth trying to see how a larger fund could help progress these families."

The fourth cohort of mothers for Magnolia Mother's Trust began in May 2022. The stories being shared are inspiring. Eighty-two percent of the women who participated feel more hopeful about their children's futures, and 76.2% reported that with money from the program, they could take their children on trips, pay for extracurricular activities, and afford school supplies.

Similarly, the Jeremiah Program is a nonprofit organization working to help single mothers and their children disrupt the cycle of poverty. The program offers assistance in nine cities and has helped more than 1,500 single mothers in Austin, Baltimore, Brooklyn, New York, Boston, Fargo, Las Vegas, Rochester, and Minneapolis-Saint Paul this year.

The Jeremiah Program was founded 24 years ago, helping more than 4,000 single mothers since its inception.

In New York City, The Bridge Project, launched in June 2021 by The Monarch Foundation, gives mothers of infants and expectant mothers $500 or $1,000 per month for three years. This guaranteed income fund is designed to support low-income mothers in New York City during the first 1,000 days of their children's lives by providing consistent, unconditional cash biweekly. The first cohort was 100 mothers, and 500 in the second.

Many U.S. cities are experimenting with guaranteed income programs for single mothers, such as the In Her Hands fund in Georgia, aimed at helping low-income residents improve their financial security and create a path to a better life, but it's just a start.

"Becoming and remaining financially capable of taking care of your children affects mothers in many ways," says Twanna Gill, a mother, and entrepreneur.

"Having programs such as Magnolia Mother's Trust and others allows fellow moms to remove the stress and strain of worrying where their next meals will come from or how they will afford to keep the lights on. Now they can spend more time being present, and the children can participate in things outside of school," says Gill.

Other grants and assistance programs are available to Black single mothers, but it can be hard to apply for them while juggling work, children, and the busyness of life.

For Black single mothers who need and would like help, there's an underlining resentment and shaming when they ask for assistance. There need to be more programs that are easy to access and have no strings.

"I think these guaranteed income programs could be beneficial to mothers," says Eshonda Blue, a successful business owner who employs single mothers.

"I'm an employer and have a lot of employees who are single mothers that make just a little over minimum wage. I don't know how they do it, but they do it. I think more solutions are needed for Black single mothers."

With billions of dollars spent on war and foreign aid, more funds could be infused into guaranteed income and other assistance programs for Black single mothers.

Entrepreneurship is also an option but requires time and, in some cases, money to start. Side hustles and remote work can also help Black single mothers get the income they need without requiring a huge investment of time or initial capital.

More needs to be done to help a group that's been marginalized and had to endure systematic inequality for far too long. 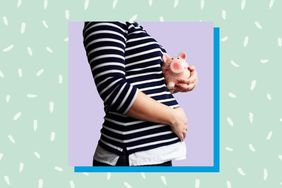 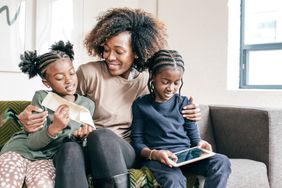