Historically, Black children have been treated with bias when they speak African American English in school. It's time our educational system respected this dialect.

Megan-Brette Hamilton, PhD, CCC-SLP, is a pioneer in reframing how research and clinical communities talk about dialectal variation. Her work has appeared in peer-reviewed journals, book chapters, and her ASHA Leader article on African American English (AAE), which has garnered over 20,000 downloads. Megan-Brette has a passion for celebrating culture, language, and communication differences and inspires others to do the same on her podcast. She also blogs, develops resources, teaches, consults, and trains on AAE, culturally responsive practices, and effective communication.

Different disciplines label the way Black people speak in different ways. Though the term AAVE is commonly used, AAE levels the dialectal playing field and removes any notion that AAE is simply slang or less than other dialects. All dialects are equal in linguistic sophistication, there really is no "standard."

Currently, around 80% of the teachers in our public schools are White, female, and from middle-income backgrounds. These demographics often correlate to them speaking mainstream/general American English (m/gAE), while many of our Black students come to school speaking AAE. Along with other variables, this cultural-linguistic difference between White teachers and Black students often creates challenging communication interactions.

While m/gAE is the language of the classroom demonstrated through the textbooks chosen, standardized tests administered, and expectations in oral and written participation; students who come to school speaking AAE have not readily been exposed to this linguistic code.

Research has shown that dialect impacts students' performance on reading and math standardized tests, the teaching of, and assessing of, reading skills, and even disciplinary infractions. Some classrooms (and parents) directly tell students to code-switch—in this instance code-switching means to speak AAE at home and m/gAE at school.

Everyone speaks,communicates with,or has been exposed to a language and at least one dialect of a language. AAE, sometimes called African American Language, or Black English, is a dialect; a rule-governed, systematic way of speaking. Every dialect has its own set of rules that concern grammar, pronunciation, vocabulary, tone, and other aspects of speech and language. These grammatical and pronunciation rules may change according to the dialect of English people speak. For example, in AAE, plural may be marked by number—"two dog" versus in mainstream/general American English (M/GAE), where plural may be marked by 's' at the end of a word—"two dogs."

Just as not all Black people have the same hair texture, not all Black people learned to speak AAE. But neither quality makes individuals "less Black"—whatever that means. Consequently, not all AAE users are Black. Think of your closest White friend who may have grown up in a predominantly Black neighborhood. Their AAE is most likely legit.

While linguists like Drs. Geneva Smitherman and John Rickford have proclaimed that AAE is a legitimate rule-governed linguistic system, society has placed a stigma on this way of speaking. And let's be honest, it's more about who's speaking than the actual features of this system. There are White and Black people and everyone in between who feel that saying "ax" or "dis" is associated with a lower level of intelligence, an uneducated background, and "unculturedness" - this is called linguicism. Learning a language effectively can involve learning to speak the way that others around you speak.

For some reason, Black people have an easier time embracing our cultural gifts of beautiful hair, wonderful music, and delicious food, yet when it comes to the richness of our language, we feel embarrassed by it or we correct our family members, especially our kids.

Speaking of our kids, it's probably no surprise that AAE has had a turbulent history in our educational system. The Martin Luther King Junior Elementary School Children v. Ann Arbor School District Board Case of 1979 and the Oakland (CA) School Board proposal of 1996 recognized Black English/Ebonics as a legitimate rule-governed system. In both cases, stakeholders addressed the need to take this language system into account when educating Black children in the dominant M/GAE classroom.

Fast forward to 1996 and we have a similar incident of educational stakeholders and this time, misinformed celebrities trying to wrap their heads around this way of speaking by Black students. However, in 1996, this way of speaking was called Ebonics—a combination of "ebony" and "phonics" coined by Dr. Robert Williams in 1973.

In response to our nation's almost never-ending issue of effectively educating low-income Black students, The Oakland, California school board proposed that the legitimate language spoken by its Black students should be used to help the children learn "standard" classroom English. Sounds familiar?

The problem came in when people thought that the school board wanted to teach Ebonics to the children. But, why teach a language system that they already know? Because of all of the misinformed controversy, the school board decided to forgo its plans and, well, we see where we are today: Black kids are consistently scoring lower than their peers in reading and math.

The actions taken, or almost taken, in 1979 and 1996 were not bad ideas. In fact, linguists approved of the notion to use the students' heritage system to teach the "language of power"—as characterized by Dr. Lisa Delpit, an educationalist and researcher. There was a time when "dialect readers," or texts written in AAE, were used to "bridge the gap" between AAE and M/GAE. Students learned how to read in AAE and then gradually learned to "translate" this skill into M/GAE. Although this method was successful, it didn't last too long.

So, the question remains in today's classroom:

How do we teach our students to read and learn in a m/gAE classroom while maintaining their cultural-linguistic identity?

Educational stakeholders have tried many ways to address and incorporate Black students' culture in the classroom. Dr. Gloria Ladson-Billings originally called this "culturally relevant pedagogy." While the goals are the same, slight alterations of this idea have been labeled "culturally responsive teaching" or "culturally sustaining teaching" and more recently "culturally responsive-sustaining teaching." To implement this pedagogy, teachers have been encouraged to read books with Black characters, display images of Black people, discuss the accomplishments of Black people, but education surrounding language continues to be left out of many classrooms.

One practice regarding language that has been implemented in the classroom is that of code-switching. Code-switching has been defined by lots of different people in lots of different ways. While codeswitching, in essence, is the speaking back and forth between two or more linguistic systems in conversation, the classroom has interpreted this a bit differently for Black students.

Students have been "strongly encouraged" to use their m/gAE code—which they may or may not encompass—in the classroom and use their AAE code at home. The switching of codes is not occurring during conversation, but between settings. This message is explicitly and implicitly received as "m/gAE is the right and formal way to speak in school and AAE is the wrong and informal way to speak in school."

Now, you may agree with this notion. But if our cornrows and locs aren't informal then why is our language? Language is just as much a part of a person's culture and identity as hair and nothing about Black people is innately informal.

If only certain students are being asked to code-switch in class while other students get to speak and learn in ways that are most comfortable and familiar to them, there's something awry with the system. The cognitive burden that is added when asking a student to code-switch takes away mental resources that should be used for learning content. And let's not forget the identity crisis that may occur for some students.

Alternatively, there are stakeholders who disagree with this practice. In 1974, the Conference on College Composition and Communication called for Students' Rights to Their Own Language—affirming students' rights to their own language varieties. Work by Dr. April Baker-Bell, an educator and researcher, is gaining traction as to why code-switching may not be a culturally responsive-sustaining practice for Black students.

Making Choices About AAE and m/gAE for Your Children

As a parent of a Black child in today's educational system, you probably have lots of questions and some decisions to make. There are no easy answers and no wrong decisions. If your child speaks AAE and you would like them to learn to speak m/gAE, for social capital or any other reason, then there is probably nothing more you need to do—classroom curriculum and materials are developed in m/gAE and assignments warrant m/gAE responses.

If your child speaks m/gAE and you'd like them to learn AAE, for social capital or any other reason, expose them to environments where they will encounter a variety of English dialects like The Boys and Girls Club or your cousin's house.

Now, if your child speaks m/gAE and you would not like them to learn AAE, then I recommend teaching your child to respect all different forms of communication, especially those that may reflect their own heritage. This will help your child to understand that when their friend says "he do…" or grandma says "two dog…" they are not any less intelligent, or uneducated.

If your child speaks AAE and you are happy with them continuing to use their heritage language system in class, then speak to your child's teacher to determine if and how they are creating a culturally responsive-sustaining environment for your child.

This is not an easy journey to take. One of the biggest things we can do for each other is to realize that AAE is a legitimate rule-governed way of talking and, more importantly, a piece of our culture. Whether Black families speak it or not, it should be celebrated. 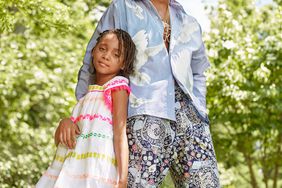