The midwives from Kindred Space LA hope Welteroth’s delivery serves as a reminder that all low-risk pregnant people deserve access to out-of-hospital alternatives.

The pair's son—who was born at 9 pounds and 21 inches—arrived in the world surrounded by love.

"Look who finally made his debut," the author, journalist, and TV host wrote on Instagram with a reel showing highlights from the music video for Singletary's latest single. "Thank you for all of your prayers and well wishes along this wild ride earthside. Baby is here and he feels the love."

Welteroth commented that the baby is "so sweet he deserved his own song." And he has one. Singletary, a musician, wrote "Before You Arrive" to commemorate their son's birth. It debuted with a brief video montage of moments from Welteroth's pregnancy, including early ultrasound images, and the couple laughing and showing affection at different stages of the pregnancy.

"You might have came as a surprise, but right away, you change my life," he sings early in the song. "..and I can't wait to touch the sky with you. I think you made it right on time, don't you?"

Welteroth's birth announcement received tens of thousands of likes and thousands of comments. But something else sticks out about the social media post, as well. The new mother used the announcement as an opportunity to acknowledge the care team—two Black midwives—that supported her through birth. "Forever grateful to our angel midwives at @kindredspacela for helping us safely deliver our healthy, juicy, 9-pound blessing at home," she wrote.

Kindred Space LA was co-founded and is co-owned by Allegra Hill, a licensed midwife, certified professional midwife, and lactation consultant, and Kimberly Durdin, a licensed midwife, internationally board certified lactation consultant, childbirth educator, and doula trainer. Since its founding in 2020, the duo has been vocal about expanding access to resources and affirming care for Black women and pregnant people in the Los Angeles area.

They say Welteroth's birth represents a shift in conversations about birth and provides an expanded example of who has them. "Elaine's birth represents home-birth entering the mainstream. For so long, folks have thought that out-of-hospital birth was just for "crunchy" people," Kindred Space LA told Kindred by Parents. "But the reality is home births, and out-of-hospital experiences are for everyone who is low risk and healthy and should be readily accessible to those that seek that kind of care."

Her decision to have a home birth is a very public example of the trend of Black pregnant people turning away from hospital births in search of more alternatives and more affirming birth experiences. A growing number of Black women are choosing to have doula-supported and midwife-led deliveries in birth centers and at home in response to the risks and racial disparities Black women face during pregnancy care in hospitals. Still, despite a steady increase of out-of-hospital births, most Black people give birth in hospitals. 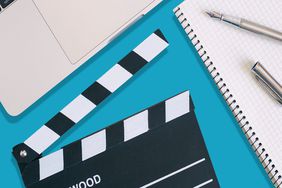 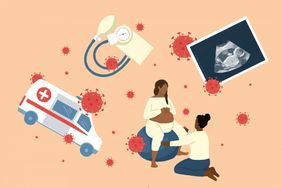