More Black students are heading to medical school. It's up to everyone to ensure they can afford to graduate.

For many Black patients, seeing a Black healthcare provider is the first sigh of relief in an environment where we are usually holding our breath. It's comforting to know the person in front of you understands that you're a complex person rather than a statistic. There's unspeakable joy having someone who gets that your concerns aren't due to race—but they could be a direct consequence of racism.

Though the full weight of systemic—and often interpersonal—racism still falls on Black patients' shoulders, Black doctors remind us that it's not "all in our heads." Patient outcomes and the provider-patient relationship improve with access to Black physicians, especially for Black men. Medical student debt, which can be a deterrent for some medical school applicants, is a barrier to this care.

Roughly 5 percent of physicians are Black—this underrepresentation is especially visible in specialties like dermatology and orthopedic surgery, but that seems to be changing quickly. Recently,Tufts University announced that their medical school had 26 Black medical students enrolled compared to 9 last fall. This shift reflects a 21 percent increase in the number of Black first-year medical students across the US. This should be cause for collective celebration since Black medical students face a number of societal barriers to higher education, even before the financially burdensome application process begins.

During an interview with NPR, Norma Poll-Hunter says, in an attempt to address issues around diversity, more medical schools are adjusting their admissions procedures, looking beyond test scores, waiving application fees and allowing more students to interview remotely. They are also considering race when deciding which students to admit, in an effort to better address the health disparities impacting Black communities

But applying and being admitted to programs isn't the only obstacle Black medical school students face on their white coat journey. Many Black medical students also find themselves asking "at what cost"?

Black borrowers carry more student debt, repay their loans at lower rates, and default at higher rates than their non-Black peers. A recent report by The Education Trust noted the relationship between student loan debt and systemic racism by pointing out the overlapping vulnerabilities, like unequal wealth distribution and rising college costs. Black physicians make as much as $50,000 less than their white counterparts, compounding the issue. And Black women physicians make nearly $100,000 less than Black doctors who are men.

If medical schools want to support the growing number of Black students, they should follow in the footsteps of the HBCUs that led efforts to invest in Black medical students.

In 2021, Wilberforce University president Elfred Anthony Pinkard announced that all student debt from the 2020-2021 class had been wiped clean, giving students "a fresh start." Meharry Medical College—which is second only to Howard in its number of Black medical school graduates— used CARE funds to provide no-strings-attached payments of $10,000 each to its 956 medical students.

More schools are waking up to the consequences of financial hardship on our nation's health. Weill Cornell School of Medicine announced debt-free medical education for all students who qualify for financial aid. New York University's Grossman School of Medicine is tuition-free, like several others.

Still, it is important to recognize the service Black doctors provide for Black patients, supporting them in unique ways. As more Black medical students apply to school, why not support them through debt-free education? 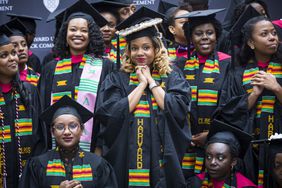 Without Affirmative Action, How Will We Correct Discrimination Against Black Students and Employees? 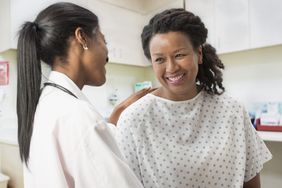