Wondering when your kid will be ready to move out of your house? It might be later than you think, and there are lots of reasons why.

Millennials have been getting a lot of flak lately for not moving out of their parents' homes as adults. Older generations are quick to criticize and point their finger at millennials and younger adults and pull the "well, back in my day" guilt-trip. And they're not wrong. Back in their day, it was different. Boomers and Gen Xers had the benefits of stable economies and a lack of sky-high inflation to deal with when they came of age, so they were more likely to move out after high school and never look back.

It's a different world now, as the current crop of young adults keeps reminding us. More folks head back home after college or stay at home while attending college to lower costs and save money for the day when they finally do leave the nest. These are recent trends here in the U.S., but abroad, intergenerational living has been the norm for quite some time.

According to data from the Pew Research Center, across Europe, almost 50% of 18-34-year-olds live with their parents. Numbers are higher in southern and eastern Europe, with western Europe more closely mirroring older U.S. trends of moving out as a young adult and not returning. Census data from Canada, Australia, and Japan show similar increases—42% of Canadian adults aged 20-29, 29% of Australians aged 18-34, and 48.9% of Japanese people aged 20-34 live with their parents. So now the question is why.

Why are more young adults choosing to stay in the family home rather than venture out on their own? Current data from Pew Research might hold the answers.

As it turns out, a lot of young adults are just flat broke. The number of young adults (22 years old or younger) who are financially independent dropped from 34% in 1980 to 24% in 2018. Due to increasing student loan debt, a lackluster job market and the prominence of the gig economy, young adults frequently find themselves consumed in debt at the same age their parents and grandparents were moving out on their own. Living at home with their parents just makes sense as a way to decrease living expenses, pay off debt, and increase their savings. About 60% of parents say they've provided at least some financial assistance to their 18-29-year-old children in the last year. Sixty percent of young adults who have received financial help from their parents say it went toward living expenses like groceries, bills, and tuition.

According to Lauren Cook a Doctoral Candidate of Clinical Psychology at Pepperdine University, if your young adult has extra cash "it may be an indication that they can afford to live outside the home." Care should be taken though, as they might be used to spending those extra funds on luxuries and not necessities.

"While their priorities may be to keep purchasing non-necessary items, like handbags, video games, and extra clothes, it's a sign that they can utilize those funds to instead pay for things like rent, utilities, and the like," says Cook.

Beyond finances, a level of personal responsibility is necessary for kids to thrive outside of their parent's home. Unfortunately, with the rise of so-called helicopter parenting, many young adults aren't used to doing things for themselves. In the Pew survey, around 55% of adults agreed that parents are doing too much for their adult children and cited examples like providing financial assistance (43%), trying to solve their kids problems instead of letting them figure things out on their own (37%), and allowing them to live at home past adulthood (23%).

Young adults have a markedly different perspective from those in older generations with 65% saying their parents do the right amount for them.

According to trends expert and keynote speaker Daniel Levine, it's not all about finances, however. "While most cultural observers pin this trend exclusively on economics, that doesn't tell the whole story. The other part is about values,' he explains. "Recently, parents have become more attentive to their children compared to decades past, involving themselves more deeply in their kids' lives. Many parents are not unhappy to have their children stay with them longer."

In fact, recent studies have shown that parents who retain close relationships with their adult children are much happier than non-parents of the same age.

For older generations, the idea of buying a house and starting a family at a younger age was the ideal of success. Levine explains that this, too, is changing. "Many younger Americans are less interested in putting down roots as quickly as their parents did. They know that the word 'mortgage' has its roots in Latin meaning 'death pledge.'"

Unlike previous generations, young adults today are holding off on the two big markers of adulthood—marriage and kids. Over the last 40 years, marriage rates have steadily declined. In 1980, 42% of people aged 18-29 were married compared to 18% in 2018. Similarly, in 2018 70% of people said they had never given birth while in 1980 only 57% reported not having children. The research suggests that these people aren't just not having kids at all, but are waiting until their 30s.

Quitting Social Media Made Me Feel Better About My Parenting

Young adults are staying in school longer and obtaining more degrees than previous generations, which might be a contributing factor in their hesitance to start families. In 2017, 44% of young women were taking college classes, compared to 25% in 1980 and 37% of young men were enrolled in college in 2017, up from 26% in 1980.

Whatever the reasons, there's no doubt that a return to intergenerational living is gaining momentum with millennials and Gen Zers. By remaining in the family home, these young adults may be better prepared, both personally and financially, to take the plunge into independence at a later age and have a greater chance at success in the face of risky job markets and inflating debt. 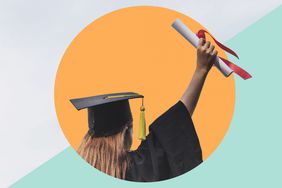 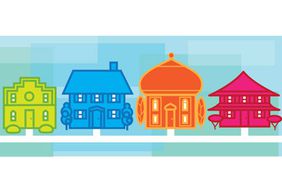 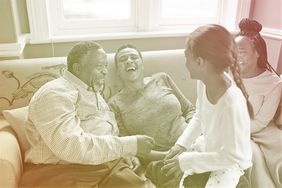