Youth athletics are essential for the physical, emotional, and social well-being of our children. They can continue safely, even during a pandemic, and it’s up to parents, coaches, and educators to make that possible. We pay tribute to one high school that has worked diligently to maintain its sports programs, in spite of shutdowns and quarantines, and share resources and tips to model their determination in your own community.

Over the course of an extraordinary year and a half, ordinary moments can often be the most memorable. Never has this been more true than for some remarkable young athletes in upstate New York. Whether it was a long, late practice, or a winter night game in the pouring rain, the students and coaches of Liverpool High School wanted to play. In this photo essay by Zoe Davis, we wish to shine a light on the coaches, staff, and young athletes who fought for time on the field in the midst of the chaos of the COVID-19 pandemic. This curated selection of the more than 80,000 photographs Davis took of Liverpool students during the pandemic shows the heart of high school sports, in a year that was devoid of many classic high school moments. The once energetic student section was silenced, and the typical yearly celebrations were either canceled or turned virtual—but at this school, sports remained constant. High school sports are full of exhilaration, tenderness, hard work, silliness, and dedication. Restoring that sense of normalcy during so much uncertainty is what playing sports was able to successfully do for the Liverpool, New York community in a hectic year.

However, not all youth athletes were able to continue playing. Many schools and youth organizations put sports on pause as COVID cases spiked across the country. Administrators and coaches thought they were canceling sports to keep kids safe, but many families wondered about the real cost of this decision. Nine out of 10 parents said that mental health is a top reason their children participate in youth sports, and the majority of parents (52 percent) reported that their children's mental health and physical fitness decreased during the pandemic, according to a study on COVID's effects on youth sports by TeamSnap in partnership with The Aspen Institute's Sports and Society Program. As kids return to the courts and fields, Parents.com explores how schools and youth athletic programs are rethinking sports for their role in mental health. Youth athletics can be a safe space for all children and it's up to us as parents, coaches, and educators to make that possible.

The pandemic brought many new challenges to high school students. For some, school consisted of hybrid learning. While some students masked up every morning and went to school in-person, others stayed home and attended class from their bedrooms. In 2020, there was no homecoming, no pep rallies. Most school-wide activities that students look forward to every year were canceled.

The high school sports community in many Central New York towns is close-knit and Liverpool High School in Liverpool, New York, just outside of Syracuse, is no exception. In this community, high school sports are played across large school districts, where talented eighth-graders can play on varsity teams, and by senior year, some of these student-athletes have been teammates since elementary school.

The decision to allow sports to continue during the pandemic helped students maintain a small sense of normalcy. The athletic department announced its excitement for the season ahead on Twitter in September 2020, once the state released its return to interscholastic athletics resource document. However, the athletes and coaches played with the ever-looming concern that one positive COVID case could shut a whole team down and keep them from practicing or competing for two weeks. Only a small number of fans were allowed to attend games, and for part of the year, no spectators were allowed at all. Seasons were cut short, sectional and state playoffs were canceled, games were played out of order, and mask requirements remained a challenge for players and coaches alike.

In April 2021, a year into the pandemic, a survey reported that children from households where parents earned $100,000 or more annually saw the highest sports participation rates. These kids were the least affected in terms of hours spent participating in youth sports during COVID-19. Liverpool is a working middle-class community, where the average household income is just under $60,000 and 36 percent of students in the district are reported to be economically disadvantaged. The district's ability to maintain its athletic program during the pandemic shows the passion of the school's administration, athletic department, and custodial staff to keep kids safe while involved in sports.

"For me, the whole school year and pandemic has been really awful and I'm sure that's true for a lot of kids, but sports are something that can bring all of us joy," says Brayden*, a Liverpool High School football player who was a senior during the 2020-2021 school year. "Even with the uncertainty and challenges, at least we are all doing something we love."

Another athlete at the school, Allie*, who was a sophomore basketball player at the time said that "it was so important to play because so many people have been inside and cooped up online staring at screens for hours [and that] caused a lot of different issues." 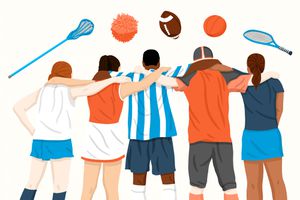 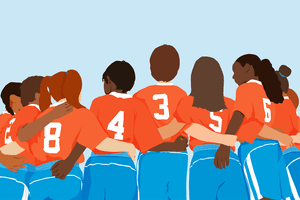 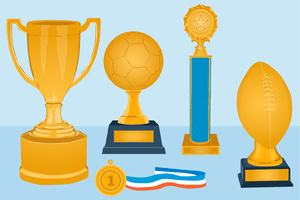 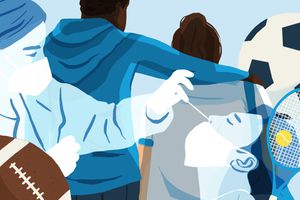 For the 2020-2021 school year, sports at Liverpool High were divided into two categories, "lower risk" and "high risk." At the beginning of the school year, "high-risk" fall sports such as football and volleyball were pushed to the spring to form a new season called "fall 2." In the winter when COVID cases skyrocketed during the holiday season, high-risk sports such as basketball, hockey, and cheerleading were postponed several times before a six-week season was finally approved. In order to play, athletes, coaches, and staff had to be tested every week for COVID, and if anyone on the team tested positive, the entire team would have to be quarantined. A team member coming into contact with a positive case even outside the school meant the entire team must quarantine.

"The biggest challenge in my mind was the overall uncertainty of what was going to happen next. Every Wednesday the COVID tests always brought some fear to all of us, so trying to stay mentally focused in that aspect was a challenge," said Adrian*, a then-senior on the school's football team.

This process continued into the spring, when the postponed fall sports were allowed to play. Football, boys' and girls' volleyball, as well as cheerleading, all had to follow the same testing protocol.

Despite everything that was abnormal about this year, the athletics staff and coaches did all they could to make playing sports a possibility for the kids. Not even a pandemic could take away the love and dedication these students and coaches have for their sports. While it may have felt weird to go to practice wearing a mask or sit socially distanced on the bus to a game, they never let the restrictions phase them. They still showed up to practice every day and experienced all the ups and downs of a normal season. "Student-athletes are resilient and willing to adapt to play a sport they love," says Molly Brown, the field hockey coach at Liverpool High. "The love can be for the social aspect or personal well-being aspect, but when they are faced with challenges or adapting changes, they are willing to do what it takes."

That sentiment is no different for Shawn Miller, the boys' basketball coach who also emphasized how sports were much more than just sports for these students after such a tough year. "As a coach, your goal is to always teach the game and win, but with this year being the way it was, my goal was to not only teach the game but also make sure the kids were having fun. I put a huge emphasis on having fun this year because these kids have been without sports for so long," says Miller.

It is clear that for many of these student-athletes, sports proved to be an integral part of finding a sense of normalcy and stability that they longed for. "For a lot of these athletes, this is their 'happy place,'" says Francesca Beyer-Pike, the school's varsity cheerleading coach. "In a giant big world of uncertainty, I wanted to preserve their happiness." 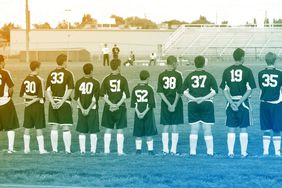 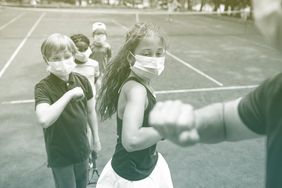