Research shows teaching children soft skills can help make our schools safe. Experts weigh in on why SEL can be the change schools need.

Kristine Keane, a school social worker at George Peabody Elementary School in San Francisco, watched as two fifth graders repeatedly bugged each other with pencil taking, desk encroachment, name-calling, and ignoring. The conflicts became more incessant and aggressive. So, Keane intervened using the "double sorry" technique—each student is coached in considering things from the other's vantage point and then apologizes for their part in the conflict. "While this didn't lead to a close friendship, it settled and diminished the constant classroom disruptions and disputes," she says.

Although rates of nonfatal crime in schools have gone down throughout the last decade, school violence is still a pressing issue for parents. The statistics on an increasing number of school shootings are tricky. They include shots fired in bleachers after a football game and on sidewalks on the weekends. In-school shootings remain rare. The vast majority of school violence starts out like what Keane described.

School violence is often about "little, daily insults that can really stack up" and make kids feel as if they're under threat, says Catherine Bradshaw, Ph.D., M.Ed., a professor and dean of education and human development at the University of Virginia. If they aren't navigated correctly, small incidents can escalate to bullying without a firearm, hate speech, and physical fights, which can all be dangerous for students' short- and long-term mental and physical health.

And parents are worried—a recent Gallup survey showed that parent concern for children's physical safety at school is at a two-decade high.

The good news is some doctors and mental health experts believe we can prevent a lot of it with intervention strategies that fall under an umbrella term that's becoming familiar to parents across the country: Social-emotional learning (SEL).

What Are the Teachings of SEL?

SEL tools and skills can be broken down into five buckets: self-awareness, self-management, social awareness, relationship skills, and responsible decision-making, according to the Collaborative for Academic, Social, and Emotional Learning (CASEL), an organization focused on making evidence-based SEL an integral part of education. There's a multitude of ways to tackle these tasks, says Aaliyah A. Samuel, Ed.D., president and CEO of CASEL. Some schools are integrating SEL into classrooms while other programs take place after school and on the weekend.

Second Step, which offers digital classroom resources, encourages teachers and school counselors to use the acronym STEP: "Say the problem; Think of solutions; Explore the outcomes; Pick a solution." Another organization, Preventing Long-term Anger and Aggression in Youth or PLAAY, trains counselors and teachers to inculcate SEL skills likely to reduce violence, including how to recognize and respond to the feeling of overwhelm. Howard Stevenson, Ph.D., a clinical psychologist and professor of urban education at the University of Pennsylvania, developed PLAAY and says it uses a different acronym, CLCBE: Calculate (notice a feeling, often anger), Locate (pinpointing it as "like fire on the back of my neck"), Communicate (including self-talk about what happened last time I lost control), Breathe, and Exhale. Dr. Stevenson will ask, "What's your number?" which is code for "What is your stress level?" A teen will respond, "Five," then reflect and amend, "No, maybe I'm a seven."

"These strategies really change the atmosphere," she says. "Shifting norms at the school so that hitting back and being violent doesn't put you at the top of the popularity triangle." It becomes cool to be an upstander, "sticking up for other kids in a non-aggressive but assertive way."

Encouraging students to learn problem-solving and self-regulation skills also helps them get along with others and develop higher quality relationships with peers and educators, says Dr. Samuel. "One of the things that is consistent [about students who have committed violence in school] is that they didn't have strong supportive relationships, not even with one adult in the school building," she adds.

Despite the different types of programs and curriculums, SEL won't look the same in every school—it will need to be approached differently in a small school in a rural area than one with a large, suburban student body, explains Dr. Samuel. Age-appropriateness is important too since a 5-year-old and an 18-year-old have starkly different needs. SEL programs must also be culturally responsive.

"Some of these core tenets are across race, across ethnicity," explains Dr. Samuel, a woman of color and language learner who moved from Panama to Olympia, Washington. She previously served as the deputy assistant secretary for local, state, and national engagement at the Department of Education, working with stakeholders in urban, rural, suburban, and Tribal communities to build educational programming.

On the other hand, different communities do have different norms, and a predominantly white teaching force needs to embrace curiosity and lack of judgment (often dubbed "cultural humility") when implementing SEL with an increasingly diverse student population.

"You see this a lot in mostly Black or mostly Latinx schools where sometimes SEL is used as a tool to get kids to be quiet and compliant," says Sara Rimm-Kaufman, Ph.D., a professor of education at the University of Virginia. We especially need to be on guard for that in the U.S. school system where Black children's behavior is disproportionately viewed as threatening and pathological. Matters aren't helped by a shortage of Black school psychologists, less access to private therapy for Black males, and student-to-school-psychologist ratios that are much higher in some states than others (with some schools not having a psychologist on staff at all).

For these reasons, it's not enough to know that a program is evidence-based, Dr. Rimm-Kaufman says, "If there is research on that program, was that research done on a school like yours?"

How to Advocate For SEL In Your School

Dr. Rimm-Kaufman offers tips for success that parents can suggest to administrators:

"That aspect of it is really healthy for kids, to have that consistency between what they are learning at home and school," adds Dr. Rimm-Kaufman.

Parents may want to explore CASEL's program guide to identify and compare SEL programs so that their advocacy offers school administrators a solution, rather than just highlighting a problem.

Recently, "a very small but vocal group is questioning or creating misinformation around SEL," says Dr. Samuel, worsening "a misunderstanding of what it is and what it's not."

Some families worry it's "a liberal approach, that it's a kind of indoctrination," says Dr. Bradshaw. Yet all these experts agree that SEL is something that great teachers have always done, just without calling it that. Churches teach SEL. Parents teach SEL.

But the reality is that not all caregivers have the resources to do so effectively. Dr. Bradshaw asks, "Even if your kids are fine on those SEL skills, wouldn't it be great for them to interact with other kids who were socially aware, who had good skills, who were responsible decision-makers?"

The answer, for most of us, is yes. In a 2022 survey conducted by the National PTA, 88% of respondents said they were comfortable with children learning social skills like respect, cooperation, perseverance, and empathy in schools. Even when the now-politicized term "SEL" was used, 76% still supported it.

Dr. Bradshaw says, "in this peri-pandemic age," mental health challenges in childhood and adolescence "are going to be considerably higher." If we want safe school climates that foster academic gains, we must include social-emotional learning. 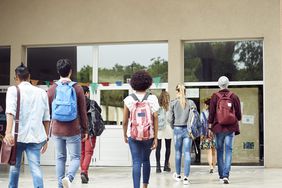 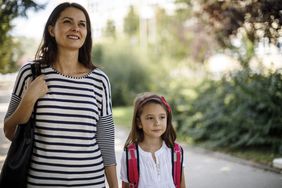 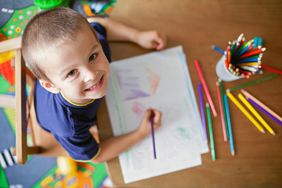