From inappropriate content to user data security,  here's what you need to know, plus three safety measures to take ASAP.

Parents want to keep their kids safe not only at school, in the playground, and at home but online too. Gen Z can't get enough of TikTok. But if you're worried about what exactly your kids are getting, you're not alone.

With 3 billion downloads to date, TikTok is currently the hottest social media site for tweens and teens. But as kids have been continuing to hit download, parents are still wondering if it's safe.

While it may seem like TikTok came out of nowhere, the app actually began in 2014 as a lip-synching site called Musical.ly. In 2018, it was acquired by a Bejing-based company and merged into the Chinese app TikTok, explains Titania Jordan, the chief parenting officer of parental-control app Bark. Now, lip-synching is still a major theme on the app, but TikTok's content runs the gamut from clips involving taking weird challenges to others that feature songs destined to blow up pop charts.

If it sounds like TikTok is fertile ground for a lot of fun and a good deal of trouble, that's because it is. No matter which social media platform your child is using—even if it's a purportedly trustworthy, limited version aimed at children, like YouTube Kids—they'll likely come across potential safety issues. That's why TikTok has started implementing parental controls on the app (although these controls aren't yet available in the U.S.)

RELATED: Life Skills to Teach Your Child by Age 10

What Parents Need to Know About Tik Tok

Kids can be targeted by predators.

TikTok allows users to contact anyone in the world, and this comes with its own host of hazards. "Like any social media platform that has a direct message or commenting feature, there's always the possibility that your child could be chatting with anyone, including strangers," Jordan says. "TikTok is a platform that encourages performance, and many of its users are excited to showcase their talents. This can make it easy for predators to use flattery and compliments as a way into kids' lives, making them feel special while putting them at ease."

Jordan points out that the app's "Duets" feature, which allows you to remix another user's video and lip-synch or dance alongside them in a new clip, has been exploited by sexual predators. BuzzFeed News reported on the issue in June, noting that predators who lurk on the app often use "Duets" to send young creators explicit messages.

The app is broken into two main feed sections. The default is referred to as "For You," which is an algorithmically generated stream of videos similar to Instagram's Explore page, Wired explains. If you swipe left, you'll see a more personally curated feed called "Following," featuring uploads from the people you choose to follow. It's the former public feed that's particularly problematic, Jordan notes.

"Even if you set your own account to private, you may still be exposed to sexual or violent content posted to the public feed," she says. "Ranging from overtly sexual TikToks to physically dangerous stunts that kids may want to recreate, to overtly racist and discriminatory commentary, there is a wide range of concerning content on the platform."

The conversations around mental health can be dangerous.

TikToks in either feed might also feature content that's highly personal or sensitive, Jordan notes. Not only are these videos potentially disturbing to viewers who see them in passing, but reactions to posts might encourage self-harm. "Kids who admit to depression are often met with dismissive and sarcastic reactions," she says. "Some are even publicly encouraged to attempt suicide."

And TikTok addiction has negative downstream effects as well. Research out of China found that depression, anxiety, and stress stemming from TikTok addiction is linked to tied to poorer working memory for teens. And according to The Wall Street Journal, doctors in multiple countries are reporting a rise in teen girls developing severe physical tics, and that anxiety, depression, and TikTok could be contributing factors.

RELATED: Online Gaming Playdates Are a Perfect Window Into How Our Kids Handle Conflict

The nature of the app might cause kids anxiety.

TikTok encourages content creation, as users can use the "Reactions" feature to respond to videos they like with their own take. While this set-up could support child's artistic impulses, it might also cause anxiety, Jordan says.

"Kids may get sucked into the pressure to create more and better content, and this can cause anxiety, especially if they're not getting popular," she notes. "And many chase after that popularity by taking part in challenges, which can often be dangerous. Take, for example, the Cinnamon Challenge, the Choking Game, and the Kiki Challenge."

Not unlike Twitter or Facebook, TikTok might lead to cyberbullying and trolling. "When videos aren't funny or successful, they're referred to as 'cringey,'" Jordan explains. "It provides fodder for bullies to make fun of them. People can also create multiple accounts, using aliases to target others they don't like. Trolling is popular on TikTok, too—especially through the 'Reactions' feature."

According to 2022 findings from Security.org, of all the social networks, kids on YouTube are the most likely to be cyberbullied at 79 percent, followed by Snapchat at 69 percent, TikTok comes in at 64 percent, and Facebook at 49 percent.

RELATED: Types of Bullying Parents Should Know About

There are privacy concerns when it comes to user data on TikTok.

In 2020, the U.S. government opened a national security review of the acquisition of TikTok by a Chinese company, the New York Times reported. The Federal Trade Commission fined TikTok $5.7 million for violating the Children's Online Privacy Protection Act (COPPA).

"This is the largest civil penalty in a children's privacy case in history," Jordan says. "The law requires companies to obtain parental consent to collect the data of kids under 13, and TikTok did not do so. They also failed to notify parents of exactly how they collected children's data or allow them to ask to have that data deleted."

Given the violation, thousands of parents complained, and TikTok launched increased efforts to improve privacy and security on the platform, according to Jordan. Nonetheless, the case is a reason parents should remain vigilant against data abuses, she says.

New safety features were introduced as of August 2021.

As of August 12, 2021, the app rolled out the following new safety features for teens:

In February 2020, TikTok announced new parental control settings released in the United Kingdom (and coming to more countries soon). This "Family Safety Mode" lets parents link to their teenager's TikTok account and control "Digital Wellbeing features," according to an article published by TikTok. Parents can manage screen time, restrict content, and limit direct messages or turn off the feature completely.

"As part of our commitment to safety, the wellbeing of our users is incredibly important to us. We want people to have fun on TikTok, but it's also important for our community to look after their wellbeing which means having a healthy relationship with online apps and services," according to TikTok.

While waiting for this feature to launch in America, you can take the following measures to keep your kid safe.

Manage your child's settings in the app.

While in the TikTok app and from your child's profile, you'll see three dots in the upper right-hand corner of the screen, Jordan notes. "Clicking on those dots will take you to the 'Privacy and settings section of the app," she explains. "When you scroll down to the 'Privacy and safety' option under "Account," you will see the option to set the child's account to private (recommended to toggle that on), as well as allow others to find them (recommended to toggle that off)."

Also, under the "Safety" section of that same screen, you have the ability to customize who can post comments, who can Duet with your child, who can react to their videos, who can send them messages, and who can view videos they liked, she says. You can choose from "Everyone," "Friends," and "Off."

"Keep in mind that your child may open the app and change these settings at any time, which is why it's important for you to also view the 'Digital Wellbeing' section of the 'Privacy and settings' screen," Jordan says. This offers a passcode-enabled screen time management system, as well as a restricted mode to limit the appearance of inappropriate content.

It's also important to remember that the app is meant for kids who are 13 or older. "Check that your child's TikTok account has been set up using the correct data of birth," advises Jo O'Reilly, digital privacy advocate at ProPrivacy. "Some children might set their account up with a fake age, to appear older than they are, and this makes it more likely that they will be exposed to content that is not suitable for them."

If you are an Android or Amazon device family, you can also use Bark to monitor TikTok text chats. (The app is currently working to be able to monitor TikTok on iOS.) Other tools that offer parental controls and monitoring services include Secure Teen and Norton Family Premier.

RELATED: The Parents Guide to Getting Their First Phone—and Teaching Them to Be Good Digital Citizens

Have an open dialogue about the app and internet safety practices.

Jordan encourages parents to have open, honest, and ongoing conversations about what's happening in this digital space, noting, "If your child uses the app and you have not yet sat down with them to look at it together, that would be a great first step."

She herself did this with her tween son and they skipped past inappropriate posts and discussed why sharing certain content on the platform isn't wise. "We also discussed why it's so important to have a private account and only connect with people you truly know in real life," Jordan says. They also talked about how screenshots and screen recording tech can mean something seemingly impermanent might become a meme that haunts you.

"If your kid is on any social media platform, make sure you as a parent or guardian have some understanding of it," she notes. "Download the app yourself and see what it's all about so you can answer questions or even ask your child about what they're seeing on an app. Keep an open and honest discussion about their—and your—digital literacy and footprint." 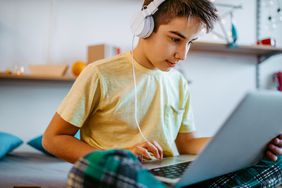 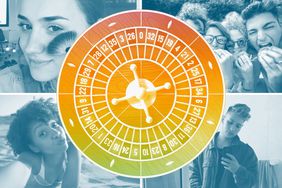 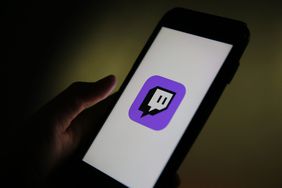