Being a Black boy in America comes with a long list of inequities starting as early as preschool. But I refuse to take my son's joy away prematurely.

He is a rocket. Barreling toward me with his arms wide and snaggletooth smile on full display, my 5-year-old son launches his 43-pound body into mine, and I have to brace myself lest we both fall over. Wrapped in his arms, squeezed until I have to admonish, "Baby, you're hurting mommy," is a highlight of my day.

My son repeats this several times a day—so often I find myself having to ask for personal space. Honestly, I love his hugs. Though sometimes I wish he'd let my body be mine, I enjoy his affection. He's loving, empathetic, expressive, and has a gentle heart—one that has not been twisted by society's view of masculinity that rebukes boys and men from crying or expressing their feelings beyond anger. The way he expresses his love is just one aspect of how my son embodies #blackboyjoy, the social media hashtag created to challenge the traditional depictions of Black masculinity and allow Black men to show a fuller range of their emotions, feelings, and humanity.

It is no secret that Black children, and Black boys especially, are over disciplined in the school system. Suspensions, expulsions, and arrests on campus are disproportionately higher for Black boys than they are for their white classmates—sometimes even for the same infractions—starting as early as pre-kindergarten. These inequities, which are part of the early policing of Black boys and push them through the revolving door of the criminal justice system, are the result of the systemic racial bias we warn our Black boys about.

Despite these challenges, my son is a mood. He has my face. It's a gift and a curse. The same shade and side-eye I give to others gets thrown back to me by a tiny body I helped to create. His looks make it hard for the both of us to maintain our seriousness before we burst into laughter, realizing we're looking at each other in the same way: me in an effort to discipline and him in childlike defiance. This defiance, his questioning glare accompanied by what would be considered a "smart mouth," are traits that I don't want to snuff out of him. Rather, I want to refine these characteristics so that he is both respectful and assertive, curious and discerning. I want him to speak his mind with confidence even though I know it may get him in trouble when he begins kindergarten.

This is because Black boys are seen as men almost a decade before their age agrees with the label they've been given by others. It's all fun and games to joke about Black boys being men until they're shot dead by a police officer for playing with a toy gun in a local park. Society doesn't give them a childhood.

These are the realities of what it's like to raise a Black boy. My child didn't ask to be born brown, thick, curious, fast, strong, smart, and strong-willed. These characteristics that I know can be weaponized against him are the very same characteristics I cherish and promote him to embrace.

One day he will be a Black man. For now, he is a boy, and I will not take his joy away from him. I will give him the boyhood he deserves, and I will celebrate #blackboyjoy for the world to see.

When he dresses himself, he stands in the mirror, posing, admiring his reflection. He glances over his brown skin, the hat he picked to go with his outfit, his watch, his shoes, then he turns to ask me, "Mommy, do I look cool?"

At our local park there is a zipline. "Mommy, I don't need any help," he tells me as he clamors onto the pad that will take him across the line. "Push me hard," he says, before I launch him through the air. What comes next is a sight I marvel at every time, even if I am a participant. Seeing my child fly across the zipline, bouncing on the standing pad as he goes, and reverbing through the posts before he comes to a gentle swinging stop—I know he is free.

At home he is affirmed. He learns love, affection, respect, discipline, and diligence. My husband and I are his safe space. As he gets older the world will teach him racism, classism, and in one way or another to "know his place" through the subtle chicanery of microaggression. I want to say he has plenty of life left to know the horrors and the evils of his history and how those evils are still made manifest today. However, I know his life has no guarantee to be a long one, and even still I want him to know what it is to be free.

His freedom is a boundless expression of joy. I will not take that joy away from my son prematurely. It pains me to answer his burning questions over the last few days. "Why do white people always kill Black people and Black people go back and kill white people?" he asks. I'm not ready to have this conversation with him, but I do, knowing his innocence is slowly eroding by the ways of the world. He runs away to play with another toy.

He likes to ride the hoverboard he begged me to get him for Christmas. He rides fast, making sharp turns, squatting, and doing tricks as he goes. He especially likes to connect my phone to his hoverboard's bluetooth speaker and ride with music and dance as he glides through the house or the cul-de-sac of our community. Watching him bob his head, bounce to the beat, and milly rock to music, he is happy.

One day he will be a Black man. For now, he is a boy, and I will not take his joy away from him. I will give him the boyhood he deserves, and I will celebrate #blackboyjoy for the world to see. 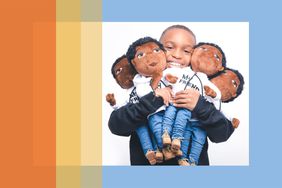 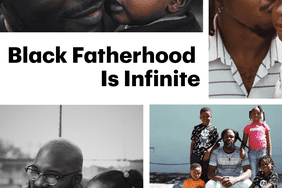