Education and empowerment are key in reshaping conversations around periods and putting an end to the bullying menstruation brings for tweens and teens.

When Josephine Kwan was in 10th grade she started her period unexpectedly during a volleyball match. The game was a big deal and the stakes were high for her team.

"I suddenly felt a gush and then I could feel that my underwear was all soaked," remembers Kwan. "Feelings of confusion because I wasn't expecting my period turned quickly to anxiety and fear. I started sweating, everything was blurry and in slow motion. My instant reaction was running towards my coach and saying I needed to go to the bathroom." Her coach was less than sympathetic though. "He yelled at me and said 'what are you doing, get back on the court and wait until the game is over.' I could no longer focus. All I kept thinking was can anyone see? Did the blood go through my shorts? Was blood going to stream down my leg?"

Kwan made it through that game and the one that followed in the double-header, she dashed to the restroom between games and stuffed her underwear with toilet paper, but says she never played volleyball again after the traumatizing incident. Between grades 6 and 8, the number of girls involved in sports begins to plummet. Kwan believes this trend is due to the fact that these are the ages when menstruation usually begins. The incident made a lasting impact on Kwan, who went on to design a period-specific line of leakproof activewear so teens and preteens have options when it comes to sports.

What is period shaming?

Even if you aren't familiar with the term period shaming, you're certainly familiar with this feeling: a trickle followed by a feeling of panic because our period is early and we aren't prepared. The flood of emotions that accompany an unexpected period is also no doubt familiar as well—embarrassment, shame, fear.

That's because even as adults, the idea of bleeding through our clothes in public is enough to give us butterflies in our stomachs, and we've been going through this for decades. But if you're an adolescent who menstruates, the pressure you put on yourself when it comes to your period isn't the only pressure you have to deal with.

In middle and high school period shaming can come in many forms, from being actively teased or picked on to being denied use of the bathroom during class time. Frequently teens and preteens are too embarrassed to say why they need to be excused and, sadly, even when they do, some adults don't understand why it might be an emergency. The lack of education regarding menstruation is widespread and many people who don't menstruate don't understand how periods work, as evidenced by a viral story from a few years ago featuring a teen boy telling women should just "control their periods until they get to a toilet."

Many Girls Are Woefully Unprepared for Puberty

Why period shaming is so dangerous

Why are periods so problematic? So shameful? Why is menstruation still so taboo? Teen and preteen girls are taught to hide their periods, speak of them in whispers like Voldemort, "that which must not be named." It's detrimental to their mental health, body image, and self-worth, and as in the case of Josephine Kwan, can have a long-lasting impact. In some cases, it can even be deadly.

Over the summer, a story from Kenya broke hearts around the world. A 14-year-old girl died by suicide after being period-shamed by her teacher. The girl started her period in class and bled through her clothes after which the teacher expelled her from class after allegedly calling her "dirty." According to the girl's mother, it was her first period and she didn't have any menstrual products with her.

The story highlighted the degree to which young people can feel shame or embarrassment from a natural process over which they have no control. A lack of education and plain-speaking about periods and the menstrual cycle leads to them becoming taboo subjects that aren't discussed or widely understood even though half the population of the planet experiences them every month for the majority of their lives.

How parents can help put an end to period shaming

And not just with girls. According to sexuality educator and doctoral candidate at Widener University's Center for Human Sexuality, Ashley Hammond, boys need to be a part of the conversation. "I once heard a young teen boy say that a classmate was on her "P" as if the word period was akin to a four-letter-word," says Hammond. "It's important to talk to boys about changes girls experience in puberty. My guess is no one told this young teen that periods are just a fact of life, no more and no less. Hopefully, this will impart the message that periods are a neutral bodily process, nothing to make a big deal over."

By demystifying menstruation and teaching teen and preteen boys that it's normal and natural, not something to be mocked or whispered about we can begin to lift the stigma attached to menstruation and decrease or eliminate period shaming. Inclusive sex-ed classes are vitally important and boys should learn about the changes girls go through but these lessons should also be taught at home.

When teaching girls about menstruation, parents and educators have the opportunity to empower girls, not just educate them. Psychologist and parenting coach, Dr. Courtney Bolton offers the following tips for parents and kids who are navigating puberty, menstruation, and period shaming.

Educate and be an advocate for education in school. The more young women realize the importance of menstruation and are able to link it with their reproductive ability, the more positive view they have. As long as it is viewed as something we don't discuss in school, it stays taboo. And, taboo in middle school means shameful. The more natural health issues are understood and to some degree celebrated (our bodies are amazing!) early on, the better. Yes, kids may still laugh and be uncomfortable, but just the exposure and normalization that all young women go through this is enough to remove the stigma.

Link periods with the ability to get pregnant. The ability to have a menstrual cycle is one of the gifts of being a girl and in turn provides us with the unique and special role of carrying children. Linking this seemingly taboo subject with something so celebrated can be very empowering and become a great rebuttal for any jokes or jeering that may come up. If it weren't for periods, no one would be here—how can you argue that?

Teach your child how to react to period shaming. Girls need to be prepared for the fact that some people don't understand the awesomeness of having periods and because they haven't been taught, they may tease. Give them these clear steps on how to handle it if it happens:

The next step when it come to reacting to period shaming is unpacking why that child may have teased and having an open conversation with your tween or teen to ensure they don't believe that there is anything 'wrong' with their body. This is critical because body shaming can lead to severe repercussions if we don't normalize and address it early on.

For more tips on how to discuss puberty and menstruation with kids of all genders, reach out to your health care or mental health care provider. 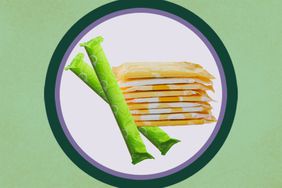 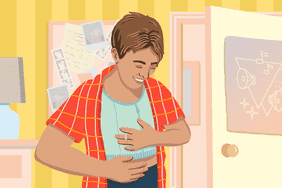