Conflict erupted at my children's school board meeting in Minneapolis and it made headlines across the country. It taught me that our children are watching how we behave—and acting more like kids can go a long way.

It's a scene that's played out at school board meetings across the country: a slew of accusations, motivated by misinformation and wrapped up in a whole lot of anger. Meetings have been accusatory at best, abusive and violent at worst. They reached new lows in my own corner of the world—in the quiet suburbs west of Minneapolis—just a few weeks ago.

In the wake of our school district's decision to mandate masks for all students, a group of angry parents flooded the board room in late September, hurling insults and spitting vitriol.

"Your actions are tyrannical!" one shouted.

"You clearly don't understand science" yelled another. "Stop segregating the vaxxed versus the unvaxxed."

On and on they railed, through nearly an hour of public comments. They hollered about a mistrust in government. They accused board members of violating children's constitutional rights. And in perhaps the most shocking accusations of all, a parent compared mask mandates to Jim Crow laws and also compared the school district to Nazi Germany.

Then, in a scene that was broadcast repeatedly on news stations across the country, one parent physically attacked another. Other parents—as well as an elementary school principal who was at the meeting to share the amazing things happening at his school—were forced to intervene. A police officer had to escort an individual from the boardroom. After the meeting, one of those adults even let the air out of a 75-year-old board member's tires. My quiet little hometown found itself as the latest example of just how terrible adults can be. Our community was left feeling demoralized and humiliated.

The next morning, my husband and I talked with our elementary-aged kids about the "scuffle," as several news outlets chose to characterize one grown adult physically attacking another.

I listened as she continued to talk about why bullies act the way they do. About the fear and loss of control everyone has felt over the last few years. The truth is distance learning and mask mandates have been hard on our kids. My own fourth grader is living in a bizarre educational Narnia. He hasn't had a normal school year since first grade when he was 6. Now, at the ripe old age of 9, he doesn't really remember any of it. A normal day of school is an abstract concept to him.

Meanwhile, the mental load of supporting children through a pandemic has become downright unbearable for many parents. And instead of dealing with our adult trauma in healthy ways, too many parents are passing their trauma on to their children. And it's manifesting itself at, among other places, local school board meetings, where adults can claim some of the control that they feel has been lost. Parents are living in a Narnia of their own: a place where fear and lack of control collide with tension and polarization.

That miserable morning after our headline-grabbing board meeting, while my own child wondered aloud why adults would act like bullies, several other parents discussed how we have taught our children to react to bullies. Not by returning force, but rather by reacting with kindness, especially to the bullies' targets. And our kids might be watching how we react, but magic happens when adults start watching their kids. Every day, our kids show us how to harness negativity and turn it into a force for good, because finding the good in the everyday is how kids instinctively live their lives.

All that beautiful positivity in chalk quickly impacted not only the district office staff, but also the teachers in the trenches throughout our district. An elementary music teacher stopped by to give hugs and offer his support. A retired principal helped students draw perfect hearts. A parent fighting cancer donated her own massive supply of chalk. One special education teacher went out of her way to come read the messages because she needed something—anything—to help her through this taxing school year. And as she looked at the hearts and rainbows and kindness, she sat in the middle of that parking lot and cried. Her struggles and efforts were finally seen and acknowledged in a way only students can.

At the next school board meeting a few short weeks later, parents continued to listen to their children. They showed their kids that they heard the lessons they're teaching us. Our kids showed us how to harness a bully's negativity and turn it into something beautiful and brave. They noticed that their children were listening and demonstrated how powerful a collective voice for positivity can be.

An elementary physical education teacher, who is also a parent, shared with the school board how proud she is of her class filled with "safe, respectful, and responsible learners."

Another parent praised each and every teacher for making real connections with her high school students, especially after difficult years of isolation.

Yet another parent lauded the district for offering "diverse classes that enrich all students," while another thanked teachers for inspiring his own daughter to pursue a career in teaching. One even said he was there as a direct result of the "fiasco" brought on by the "violence of an overly vocal minority."

The lovefest that continued for the rest of the open forum at that school board meeting did not make headlines. But it will certainly have a much more lasting impact on our community than the violence of the meeting before. Our kids are watching how we react, and they are quick to follow our example. We can only raise them to be the best humans possible when we slow down and listen, when we emulate their behavior and start acting like children. 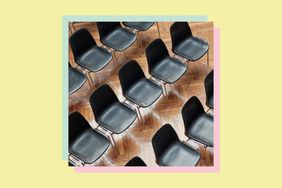