One health educator says that having a conversation about relationships, consent, and pleasure can help kids grow up safer and healthier.

When it comes to talking with our kids about sex, even those of us who feel like we are pretty open-minded can find this a hard topic to tackle. That is especially true when it comes to things like discussing the reasons that people have sex, which have nothing to do with reproduction.

Diving into the role of pleasure or asking what it means to have "good" sex can make us feel uncomfortable. Or like we are introducing "inappropriate" ideas prematurely. As a result, a lot of parents skirt these issues and stick to slightly more neutral topics.

But as a mom of three kids, a health educator, and the author of a book on being a good sexual citizen, I think that is a mistake. In fact, when we are able to talk about sexuality in a more holistic manner, it is easier to have conversations about respect and caring for oneself and for others. This, in turn, helps prepare our children for safer and more meaningful experiences now and in the future. Plus, it helps young people reject harmful narratives about what sex should look like, or who is entitled to enjoy it.

Of course, even if you are on board with this idea, you might need a little more guidance to help get those messages across clearly. So here are ways to do that.

Broaden Your Definitions of Sex and Pleasure

Dan Rice is the executive director of Answer, a national sex education organization, and a content advisor for Amaze, an organization that makes sex education videos for young people and their parents. One recent video sought to answer the question, what is sexuality? Rice explains this was important to address since many youth have a fairly limited understanding of the term. "When young people hear the term sexuality, some very specific things come to mind—typically sexual behaviors and sexual orientation, meaning the people we are attracted to," he says. That isn't surprising, since a lot of the adults who are charged with educating those young people are probably working from the same definition.

And while sexuality certainly includes sexual orientation and sexual behaviors, as the Amaze video points out, it also encompasses a lot of other things that we need to discuss with our kids. This includes everything from our bodies, to our personalities, cultures, relationships, personal histories, and whether, or how, we decide to express ourselves with a partner. It also includes the way we understand sexual pleasure. That is something that a lot of parents worry about addressing for fear that doing so will entail a deep dive into the mechanics of sex. Though there is nothing wrong with talking about how different people might decide to express themselves in this arena, it might be helpful to know that sexual pleasure is about a whole lot more than, say, sex positions.

That is something that young people seem to understand. A study published just this month in the Archives of Sexual Behavior asked sexually active teens about their perceptions of sexual pleasure. What they learned was that the teens were more likely to call an experience pleasurable if it involved intimacy, like cuddling or feeling emotionally close to a partner, than if it was centered on a physical experience, like having an orgasm.

So whether we are talking about sexuality generally or pleasure specifically, it is clear that using as broad a definition as possible is your best bet.

Culturally, we have come a long way in our understanding of sexuality and sexual expression. Even so, a lot of young people still get a lot of outdated messages about sex. Many of these fall along binary gender lines that default to the myth that there are just "natural" or "biological" differences between boys and girls. For example, it remains common for young people to grow up hearing that boys primarily want sex and that girls primarily want love and romance.

These ideas reinforce gender stereotypes, and they can also erase LGTBQ+ and gender-nonconforming youth. Additionally, they make it a lot harder to promote an expectation of sex where both partners deserve to equally enjoy an experience. In this climate, some young people—often girls and LGBTQ+ youth of all genders—assume that sex won't feel good for them and then put up with unpleasant or even unwanted experiences. Others—often cis-hetero boys—assume that sex should always feel pleasurable and that their orgasms are expected and deserved.

It is also important to be aware that not all kids hear the same thing about sex. In addition to the different messaging based on gender or sexual orientation, kids with disabilities may be treated as non-sexual, while young people of color are more likely to be seen as older and hypersexualized compared to white youth.

Getting a handle on your own biases is an important step towards disrupting a lot of the harmful narratives about sex that kids hear, and it is an important way to help young people express their sexuality safely. So too is grounding your messaging in your values. That is an area where Alison Macklin, the senior policy advisor at SIECUS: Sex Ed for Social Change, thinks parents can actually draw a lot of strength. She says, "I always advise parents to go back to their values and what are they working to instill in their children as they are growing up. I think the majority of parents will say: We want a child to be respectful, to learn how to be inclusive, and to be able to advocate and speak up for themselves. I think if we go back to those familial values, we can then bring those into a lot of our messages around sexuality."

So, for example, if you want to discuss the harm of "slut-shaming" with your child, linking that to the non-sexual value of caring for other people, or of withholding judgment or of honoring difference, can be a pretty direct way to position the conversation in relation to your wider beliefs.

When I was a kid, the messages I got about sexual violence were of the stranger danger variety. Then when I was in college, there was a shift to the language of "no means no." These days, comprehensive sex education tends to promote the idea of ongoing and enthusiastic affirmative consent. And while this is a step forward, not everyone has caught up. In fact, a 2020 paper published in the journal Sexuality and Culture found that films with both PG-13 and R ratings still tend to depict sexual behavior without any preceding verbal communication and instead rely on implicit or nonverbal sexual consent cues.

That's why it is up to us to counter these scripts. According to New York City health educator, Justine Ang Fonte, "When we center our messages to children on safety, fulfillment, and pleasure, they navigate their friendships and relationships with an increased level of scrutiny. Assessing their own pleasure and someone else's requires communication and dialogue which in turn, allows them to practice consent easily."

Think about it, when people expect sex to feel good for everyone, and are only having sex with someone whom they are sure also wants to have sex with them, and in a way that everyone has agreed on, then they are also a lot less likely to cross another person's boundaries. Since that expectation isn't always set in the larger world, it is up to parents to make sure that this is clearly understood by young people.

We know that communication is part of the consent recipe. It is also important to explain to young people that good communication usually leads to better and safer sex.

Good communication is something that should be happening in all areas of life and it is something we should be encouraging from day one. We should explain to little kids that no one is a mind reader, so they have to be clear about what they need in any given situation. Children should also learn the importance of paying attention to other people's verbal and non-verbal cues.

By the time they begin to think about dating, tweens and teens should know that in relationships and during sexual experiences, caring partners work to make sure that things feel good for everyone involved. This will likely take conversation, trial and error, and some awkward moments and missteps. Plus, they should know that if they are ever uncertain about what a partner wants to do sexually, then they need to pause until they are certain. Sometimes that might mean missing out on an opportunity. But missing out on something you later find out would have been okay is a lot better than a consent violation that occurred after some sloppy guesswork or a straight-up lack of communication.

Communicating about sex doesn't always come naturally, but parents can set an example by opening the door to conversation and not making the subject taboo.

Flip the Script on What You Learned

Think back to the sex education you got growing up. Whether at school or at home, if it feels like it was somewhat lacking, you aren't alone! A lot of adults report that their sex ed was subpar. Or that it was shaming, or fear-based, or both. As Justine Ang Fonte reminds us, "Most parents did not receive pleasure-based sex education themselves and that illiteracy leads to a lot of anxiety in parenting on sexuality topics."

Such anxiety may cause us to repeat information to our kids that doesn't feel adequate, or which we worry is actually harmful. So it is helpful to remind ourselves that if we flip the script from one where sex is inherently risky, to one where sex that is safe, enjoyable, and wanted, is a healthy part of life, we are setting our children up for far better experiences in an area where far too many people of all ages stumble. 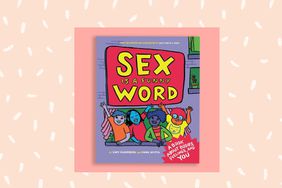 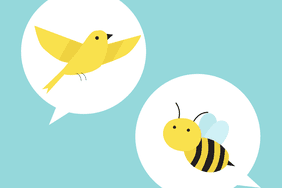 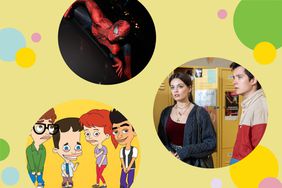 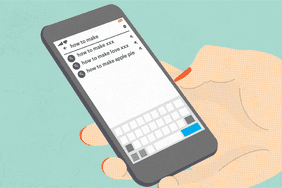 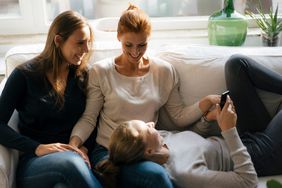 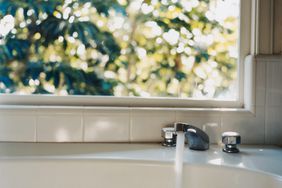