10 Reasons to Chill About Lice (Seriously)

A case of head lice may seem like the worst hair day ever, but don't let it put you over the edge. Here's why you can (sort of) relax.

Sure, scratching from lice could technically cause sores. But in the vast majority of cases here in the U.S., these bugs are not a health hazard. What they do spread is fear and disdain for those kids unlucky enough to get them. “Children may refuse to sit near others who have nits in their hair. Parents may blame other parents and not allow kids to play together,” says Shirley Gordon, Ph.D., R.N., director of the Head Lice Treatment and Prevention Project at Florida Atlantic University, in Boca Raton. It’s pretty unfair considering how little danger lice pose. Try not to worry about whether others have lice: It’s more important to be nice.

How to Get Rid of Head Lice

2. They also don’t spread that easily.

Does just thinking about soccer huddles or group selfies give you the creeps? Relax. It almost always takes sustained contact (think: a long car ride with kids squeezed in the back or a full episode of Sofia the First on the couch) for a louse to move from one kid’s head to another’s, says Dr. Gordon. Lice don’t jump like fleas or fly like mosquitoes—they crawl and can barely move off a human head. To keep children from catching them, send kids with long hair to school and sleepovers with their hair in a braid or a bun, says Katie Shepherd, founder and CEO of The Shepherd Institute for Lice Solutions, in West Palm Beach, Florida.

3. Without a human host, they’re toast.

Lice only thrive on human heads and hair—not on pets, furniture, toys, or dress-up costumes. “They need a blood meal at least every 24 hours, or they’ll quickly dehydrate and die,” says entomologist Kim Søholt Larsen, Ph.D., editor and founder of Liceworld.com. If a louse should happen to go rogue and land on, say, a pillow, it would need luck and acrobatic prowess to attach to a new person’s head. “Although it’s theoretically possible for this to happen when kids share items like hats and headphones, lice are not generally spread this way,” says Shepherd. (Even so, tell your kids not to swap caps and headbands.)

Mama lice superglue their teensy eggs to hair strands right next to the scalp, which makes them nearly impossible to dislodge, says Shepherd.

Lice claws hook most easily onto thin, straight hair shafts, and hair gains girth with age. This, combined with knowing what “personal space” is, may be why parents often escape them, says Albert Yan, M.D, a pediatric dermatologist and spokesperson for the American Academy of Pediatrics (AAP).

6. Those eggs are pretty easy to see.

You just have to learn what they look like. The nits don’t brush away like dandruff or slide up a strand the way scalp secretions and globs of hair product do. “If you see a fleck on a hair and it doesn’t slide easily, you’ve found a nit,” says Dr. Gordon. Opaque white flecks stuck firmly to the hair but more than a centimeter from the scalp are usually empty egg cases from which the nits have hatched. “These can remain after a child has been treated and aren’t a threat,” says Dr. Yan. Still, remove them while you’re combing, especially if your school has a no-nits policy. (In warm climates, unhatched nits can be found farther from the scalp too.)

7. Your kid may not have to miss school.

Thanks to recommendations from the AAP, schools are slowly but steadily backing away from strict “no nit” policies and allowing healthy kids to attend as long as they don’t have live lice on their head. If the school nurse finds lice on your child during the day, the AAP suggests that he stay in class until dismissal, get treated at home that night, and come back to school the next morning.

Should Kids With Lice Be Allowed in Schools?

Itching is an allergic response to louse saliva that only about half of people have, which means your child may not be bothered at all. Just keep an eye out for other symptoms—red bumps on the neck, scalp, and ears; and relentless, immovable “dandruff” that could actually be nits.

9. Lice are much less of a nightmare than bedbugs.

Bedbugs stay on humans just long enough to feed, then crawl into their surroundings. (Ick!) Lice, on the other hand, pretty much stay put on their human host and leave your belongings unscathed. “If someone in your home has lice, there’s no need to tear your house apart or fumigate,” says Anna Albano-Krosche, owner of the Lice Lady of Westchester salon, in Elmsford, New York. Simply wash and tumble dry (on a high temperature setting) any bedding or clothes that have come in contact with your child’s head in the past 48 hours, and soak brushes, combs, and hair ornaments in hot water (at least 130°F) for ten minutes. Place nonwashable items (down pillows, precious stuffed animals) in tightly sealed plastic trash bags for two weeks to starve outliers, or toss them into the dryer on the highest setting for half an hour.

Lice don’t go number one. Instead, they cast off fluid via their windpipe. If your kid wakes up with a wet head, it’s just sweat. Phew! 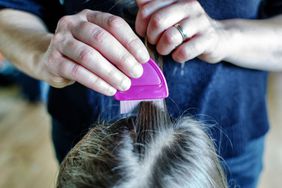 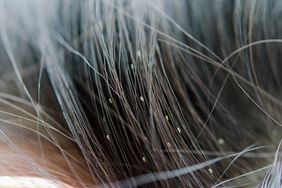 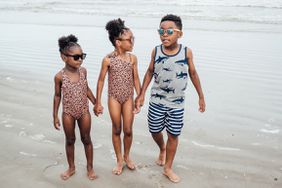 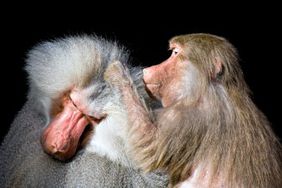 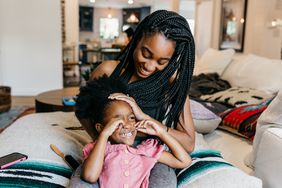