My daughter battled depression for eight years before a conversation when she was 17 years old made me realize she could die by suicide. Here's what I learned about how parents like me can talk to their children about their suicidal thoughts.

When my daughter, Faith, was 17, she came home after school one day and squeezed in next to me on the sofa in our living room. I was reading a book, our dog nestled at my feet. Faith looked more depleted than ever. The depression she'd been battling off and on for eight years had changed recently. There was no mania or anger fueling her despondency, just a weary hopelessness, a soul-sucking resignation.

"Things will get better," I said. For years, I'd been telling Faith this, reminding her she was strong and resilient.

"No. Don't say that. They won't." Her voice was monotone but sure.

Faith had thrown my husband and me for a loop her whole life. She excelled at school, sports, and friendships. Her smile lit the room. Her enthusiasm and energy were contagious. She charmed every adult and animal she met. But she also sent nude photos of her teenage body, sliced up her arm to dull her emotional pain, and fought the urge to kill herself.

For years, my husband and I had listened and comforted, sometimes yelled and screamed. We knew the traits that were making adolescence so difficult for our daughter—her intensity, sensitivity, and passion—would someday make her an extraordinary adult. There'd be no stopping Faith—if we could get her to adulthood alive.

Our Biggest Fear Was Suicide

Faith stroked our pup's back and neck. She wouldn't meet my eyes when she said, "You're going to be OK, though. When I die. You'll get over it."

"No. You don't understand. I'd never get over it. And besides, you don't have cancer. If you had cancer, I'd try every single thing to cure you. Western medicine. Eastern medicine. Everything in between."

She looked up at me. "But then, if you tried it all and I was still sick, you'd let me die, right?"

She was right, I would. But this wasn't cancer. Or was it? What was the difference, really? This depression was killing her, surely as a malignant tumor.

The Stigma Around Mental Illness

I'd thought I'd been open-minded about mental health. Faith had talked to social workers, psychologists, and psychiatrists. She'd had a brief stay at a psych hospital and even attended a therapeutic wilderness program for a couple months. All along, though, the stigma of mental illness had surreptitiously clouded my judgment.

Faith was never mentally ill in my mind. She was a tough, impulsive teen who dealt with some depression and anxiety. I believed she'd grow out of it all with the right parenting. The stigma and shame of mental illness, combined with my hope and optimism as a mom had kept me from being the advocate my daughter needed. But when my suicidal daughter asked me to look at her depression as cancer, my eyes were opened.

I looked at my daughter curled around me on the sofa, devoid of expression, beaten down to a shadow of herself. Perhaps telling a person that things will get better is not always what they need to hear. Perhaps what I should have been doing was validating Faith's pain. Fear had kept me from doing that. Fear of losing my daughter to madness, to suicide. But I finally understood my fear was not preventing that from happening. All it did was keep me from empathizing when my daughter needed me most. I had to be brave. I had to validate what Faith was experiencing, even if that meant acknowledging that she had a life-threatening mental illness.

The Part I Don't Often Tell

Here's what I said that day on the sofa in our living room to my 17-year-old daughter: "OK, I hear you. If we try everything else, and you still feel this bad, you can end your life."

Faith took a breath. With those words, she was no longer alone. Something shifted inside her.

I don't normally tell people about that part because it's so easily misunderstood. It sounds horrific. A mother should never and would never say such a thing. I would have done anything to save Faith's life, so why did those words come out of my mouth?

I've thought about that for years, and although I wish I would have phrased my thoughts slightly differently, in the moment, that's how it went. But what did those words convey, really? That I understood the depth of Faith's pain. That what she was feeling was real. That I was right there, by her side. That we would try everything under the sun to help her.

How Parents Can Help

Suicide is terrifying. We don't know how to talk about it, so we oftentimes shy away from the topic altogether. Or we tell our loved one not to feel that way, not to think that way. What does that do, other than invalidate them in their loneliest, most desperate moment?

The truth is, withholding my permission would not have stopped Faith from dying by suicide. Close to 800,000 people die by suicide every year. I have to believe most of those people had loved ones who were begging them to hold on a bit longer, telling them things will get better. The Centers for Disease Control and Prevention (CDC) reported that young people are at increased risk of suicide during the pandemic. We must learn to talk about it within our families and with mental health experts.

What you could say

We don't get to go back in time and change things, but perhaps my experience can help you if you're ever in a similar situation. If I could have a do-over with Faith on that sofa when she was 17, I'd say, "I hear you. You've been in pain for years, and you deserve some relief. I'm grateful for your courage to let me know what you're feeling. I'm in awe of your resilience. I see how exhausted you are, even though you're so strong."

What you could ask

What you could do

You or your child could call the National Suicide Prevention Hotline at 800-273-8255. Or if texting is an easier way of communicating, you could reach out to the Crisis Text Line at 741-741. Both of these services are available 24/7, free of charge. If you fear for your child's immediate safety, you could go to the emergency room.

A better future is possible

After our conversation that day, my daughter felt heard and understood. She knew she wasn't imagining her pain or being hysterical. It was real and awful and she had her mom by her side. She tried Western medicine. Eastern medicine. Everything in between. It was energy healing that did the trick. Faith found a way to go on living.

We often judge other parents as a way of protecting ourselves. We think we have control over how our kids turn out. But our kids are who they are. Our job as parents is not to shape them into the happy and competent adults we think they can be. It's to discover who our children are. To love and accept them completely, even if that means accepting their mental illness, not as a phase, but as another aspect of who they are. That love and acceptance gives our kids the ability to shape themselves into happy and competent adults.

Faith is 26 now and she manages her mental health every day. She trains students to organize and fight injustice, she fosters kittens, she's in multiple healthy relationships, and she's studying for her master's degree in social work. Things did get better for Faith, not because I said they would, but because Faith made it so. And let me be clear, she still has mental illness. But for now, it's under control.

As for me, I've become a crisis counselor for Crisis Text Line. I give strangers all over the country the empathy and validation they need to get through their darkest moments. My daughter taught me how.

If you or someone you know is considering suicide, contact the National Suicide Prevention Lifeline at 800-273-8255. For those struggling with other mental health issues, the National Alliance on Mental Illness offers mental health education, resources, and a helpline (800-950-6264). 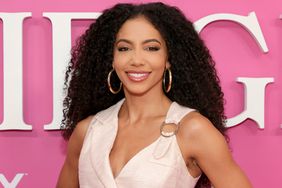