Black and Latino students are more likely to be punished than their white peers. Here's what needs to change.

When Letha Muhammad's son was in the third grade, he described to her a pattern that his 8-year-old mind couldn't comprehend. "Mama, I noticed that [my Black classmates] always seem to get into trouble for playing with each other instead of doing their work, but when [my white classmates] do the same thing, they don't," he observed. "It's not fair. Why does that happen?"

Her son's observation shook Muhammad. "As a parent, to have to have that conversation with your child in the third grade … it broke my heart," she says. "I literally cried when he got out of the car."

Harsher punishment and inequitable treatment for Black students for the same behavior as their white peers is one noteworthy cog in the school-to-prison pipeline, says Muhammad, director of the Education Justice Alliance, a grassroots community-based organization that works to dismantle inequity in public schools in Raleigh, North Carolina. The school-to-prison pipeline is a national phenomenon experts say disproportionately sends Black and Latino students and students with learning disabilities into the revolving door of the juvenile and criminal justice systems.

Muhammad describes the school-to-prison pipeline as "a set of school policies and practices in which students are pushed out of schools into the juvenile or criminal justice system." School reform organizers agree that the nationwide trend—which is more prevalent in impoverished neighborhoods—is preventable through a coordinated partnership among schools, parents, and community groups.

Why It All Begins in School

The troubling trend begins early in education. A 2015 report by the Center for American Progress revealed that nationwide, Black children are "more than three times more likely to be suspended and expelled than their non-Hispanic white peers." The report also showed that Black children account for 42 percent of preschool suspensions, even though they make up only 18 percent of preschoolers.

Kevin F. Gilbert, Ed.D., director of diversity, equity, and inclusion for the Howard County Public School System in Maryland, says that these types of punishments put students on the fast track to the criminal justice system. "Arrests in schools, and suspensions and expulsions from schools, put them at greater risk of becoming involved with law enforcement once they're out of school," says Dr. Gilbert. The American Civil Liberties Union (ACLU) confirms this, noting that "students suspended or expelled for a discretionary violation are nearly three times more likely to be in contact with the juvenile justice system the following year."

Dr. Gilbert also says that the "zero tolerance" policies adopted bymany schools in the 1990s created environments that punish students instead of helping them. "Schools began to mirror what we saw in the legal system—zero tolerance policies in which there were no in-between areas. When something happened, there were automatic consequences for young people."

Societal myths about Black and Latino students, says Muhammad, cause some people to believe that the pipeline merely reflects students' belligerent behavior. "They think that we're inherently bad, that we don't care about school, that white students don't misbehave the same as Black and brown students," she says.

On the contrary, experts argue that the real culprits behind the school-to-prison pipeline are racial disparities in disciplinary policies, inadequate teacher training, the lack of resources for schools in impoverished communities, and punitive practices.

In Raleigh, Muhammad witnessed this disparity in disciplinary procedures with more than her own son. When her friend's high school son, who's white, skipped school with his Asian American friend to smoke weed off campus, they were given a warning by school officials. When four Black girls did the exact same thing, they were suspended, she says.

"Same crime, different punishments," says Muhammad. "It's always that difference." The difference between a warning and detention, between detention and expulsion, between calling the cops and calling a counselor. The difference often isn't noticed until its life-altering consequences emerge. The NAACP Legal Defense and Educational Fund noted that, in many cases, minor infractions, including "pushing other students, throwing food, cursing, or disobeying a teacher," can lead to expulsion and arrest.

The Trouble With Police in Schools

The presence of law enforcement officers on campuses can escalate typical troublesome adolescent behavior into arrest records, says Dr. Gilbert. "If a young person angrily stomps out of class, for example, and feels someone try to physically stop him, he may turn around and, not realizing who it is, push the person," he says. "If it's a school resource officer, then the student is faced with a criminal charge of assaulting an officer."

A 2016 study in the Journal of Policy Analysis and Management analyzed such interactions and the relationship between school resource officers and student arrests. After federal grant funding was introduced to schools to hire police officers in 1999, schools have continuously increased the presence of officers. During the 2017-2018 school year, about 46 percent of public schools had a school resource officer at least once a week, according to the National Center for Education Statistics.

For every officer placed in schools, about 2.5 school-related arrests occurred among students aged 7 to 14. According to the researcher's analysis, the offenses that escalated into arrests "could be reasonably characterized as scuffling, rather than acts of life-threatening violence." As a result, Black students end up disproportionately arrested.

What Needs to Be Done

Muhammad and Dr. Gilbert say that solutions for school districts to stop fast-tracking Black students to the criminal justice system vary. Schools can examine their policies and procedures as well as the role that teachers play in disciplining Black and Latino students. Then districts should train teachers in culturally responsive teaching practices, which help eliminate the student-teacher dynamic where students are constantly in a cycle of punishment.

Parents have a role, too, even if their children aren't necessarily at risk. "Go look at the data for your school and for your school district as it relates to suspensions, expulsions, and referrals," advises Muhammad. She says that significant differences in the numbers of punishments doled out to Black and Latino students and other students should be examined closely and questioned.

Opportunities for parents to act are at their fingertips. The key, says Dr. Gilbert, is for parents to stay in tune with what's going on in their school district. "Many schools have community organizations that have an eye on this issue," adds Dr. Gilbert. "They are pressuring school districts to build more equitable school systems." He says that parents can either go through school reform coalitions like Dignity in Schools or take action themselves.

School reform organizers believe that campus and student transformation is possible. "What would it look like to have restorative practices, or transformative practices, embedded into the culture of the school?" Muhammad asks. To strengthen her point, she shares what a student at Enloe Magnet High School in Raleigh said during a community meeting hosted by Education Justice Alliance in June: "We just wanna feel loved. We wanna know that our teachers and our administrators and our counselors love us. And that it shows up in the ways in which they interact with us." 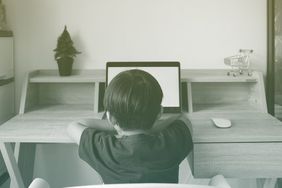