Black students are demanding action for the racist and toxic environments they have been exposed to as students in America's top private schools. They are turning to social media with the “Black At” movement that's forcing schools to look critically within and work to improve their diversity and inclusion efforts.

As the Black Lives Matter movement intensified amid our nation's racial reckoning, private schools had a reckoning of their own. The "Black At" movement, in which Black current and former students, along with some Black educators and parents, saw mostly anonymous social media accounts crop up detailing the racist experiences students have had or are currently facing at these various institutions.

Whether day or boarding, non-religious or parochial, co-ed or single-sex, Black students reported similar threads of racist experiences at their schools. The "Black At" accounts on Twitter, Instagram, and Facebook were created as more than just a safe space for Black students to speak about their experiences. These accounts demand action. They insist that these private institutions face their racist culture and hostile environment and work to improve Black students' quality of life.

About the Black At Movement

On the Black at Newark Academy Instagram account, students share concerning stories of racism reportedly perpetuated by peers and faculty at the New Jersey school. One anonymous post talks about the time the school brought a KKK apologist to speak to students.Others detail the racist microaggressions BIPOC (Black, Indigenous, and people of color) students faced without a solution from administrators. Newark Academy is one of many private high schools whose grievances are now public thanks to anonymous organizers on social media. The Black at Holton-Arms School and Black at Chapin, to name a few, represent just a small fraction.

According to Simi Olagundoye, an alumna of the Peddie School boarding school in New Jersey, the movement started at her alma mater in the summer. After waves of protests demanding justice for the murders of Breonna Taylor and George Floyd, students and alumni of Peddie School wanted administrators of their school to address the anti-Blackness on campus directly. The Minorities At Peddie Instagram account, started on June 27, began collecting and sharing the experiences of the school's marginalized student population.

Despite occurring at different schools in different parts of the United States, much of the racism felt by students followed similar themes. Many students noted being mistaken for other Black students, told that their college acceptance was because they were Black, and taught by hardly any teachers who looked like them. An overwhelmingly common thread in the anecdotes shared on the @minoritiesatpeddie account is the use of the N-word by white students toward Black students. The page's anonymous administrators describe Peddie as having a "toxic campus culture that is harmful to its minority members." The admins also make it clear that the social media account's goal is to "encourage self-reflection and conversation that will better our community as a whole."

Students are also using the accounts to request direct action. The Black at AMSA Instagram account, created to give Black students of the Advanced Math and Science Academy Charter School in Marlborough, Massachusetts a platform to share their experiences and put out a list of demands for their private school. According to a post on Instagram, the students are requesting a commitment to hiring and retaining more Black teachers, an evaluation of the school's policies and how they contribute to disparities, and a clear plan for addressing racism reported to the administration. As of their latest update on the school's response on June 26, the AMSA administration and board of trustees have accepted all of those demands and are working with the students to develop a plan to execute them.

Changing the Culture of Private Schools

Many schools have taken this moment to improve upon their diversity and inclusion efforts tailored to giving Black students a more welcoming academic environment. At the Shipley School, a private K-12 school outside of Philadelphia, Director of Diversity and Inclusion Brandon Jacobs is busy improving his school's diversity initiatives. These include diversifying the curriculum to increase the teaching of Black history and culture from a lens that goes beyond just slavery, recruiting a more diverse array of teachers, and training teachers to be more aware and conscious of class and culture.

"The Black At movement definitely drove us and a lot of schools to take a look in the mirror, but also hit fast-forward in making this work happen immediately for students and also the long term," says Jacobs.

Jacobs recounts hearing the most common concerns from students regarding lack of diversity in the curriculum, lack of teachers of color, and the microaggressions faced by Black students on a daily basis at their school. Research shows these microaggressions, or everyday interpersonal racist interactions, contribute to increased mental and physical stress. Studies also show that Black teachers improve outcomes for Black students. Boarding schools, in particular, present an added harm to racially marginalized students because they cannot escape a hostile school environment. According to Olagundoye, there is no safe space at boarding schools. Put simply, she says, "You cannot go home."

At the private day school Newark Academy, the Black at movement has already sparked change. Lisa Grider, assistant head of school for external affairs, said that the school has taken "immediate action" after the racism at their institution was brought to light. "Our school and its commitment to the pursuit of equity, inclusion, and social justice have been made stronger by the voices of these community members," she said in an emailed statement.

Grider said the administration has taken steps to fast-track their existing diversity and inclusion efforts by creating an official system for reporting what it calls bias incidents, introducing training for school staff to handle such incidents, a full review of their curriculum for diverse voices, and a review of departmental policies and procedures using a "lens of racial equity and social justice." The school has also committed to creating and sharing a quarterly equity and inclusion report with updates on progress in these areas.

"This was, and continues to be, an incredibly challenging and painful moment for Newark Academy, as it has been for many independent schools, colleges, and universities," she says.

Officials at Peddie School, Holton-Arms, and Chapin did not respond to a request for comment at the time of publication.

Advice for Parents of Black Students

As a private school grad himself, Jacobs says Black students in private schools need advocates. Sometimes, he says, Black parents feel they don't have a voice, especially if they are receiving financial aid, for example. He suggests Black parents find the people in their kid's school community who will be on their side and help them advocate for their child if racism occurs. "We need to hear from Black parents about the experience," he says.

If you plan to send your children to a boarding school, keeping in touch with your kid's advisor is extremely important, says Olagundoye. Talk to the advisor about your child's concerns and plan with them how to deal with it.

Parents should proactively connect with the advisors and teachers living on campus with their children so that they can still have a voice in situations involving their children even when they are thousands of miles away.

You should always let your kid know a home is a safe place, explains Cassandra Aldridge, a former independent school educator and parent of independent school graduates. She emphasizes that parents should proactively let children know that they can come home and speak about racist issues to parents who will listen and proactively help their children.

"Try to key in on the effect of social media," suggests Aldridge. "I believe that a lot of racist bullying that can happen in person in school happens online. Parents can really just try to be aware of what is surrounding their kid in terms of peers."

Private schools are now being forced to acknowledge and rectify the racial trauma they have bestowed upon their Black students. This movement symbolizes the power of social media and social outcry in helping shape institutions across the world to be better so Black kids can grow up facing less trauma than their predecessors. 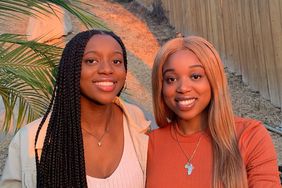