Too many American schools—especially in lower-income communities—are facing an infrastructure crisis. The solution to this long-deferred problem may lie in getting whole communities involved in making sure every child can learn in a safe and healthy space.

Rutledge H. Pearson Elementary isn't the oldest school building in Jacksonville, Florida. But even among the many aging schools found in the city's underfunded neighborhoods, Pearson was in the most trouble.

The list of overdue repairs and badly needed upgrades had been growing for decades, as a generation of kindergarteners grew up into parents. By 2020, the backlog of deferred maintenance had gotten insurmountable.

The roof didn't just need work: It needed replacing. In fact, all of the building's systems—the air, the water—were reaching a point where they were worn out, says Paul A. Soares, assistant superintendent of operations with Duval County Public Schools.

These systems are still functioning, Soares says, "but not for much longer."

The story in Jacksonville has an uncommonly happy ending: Last fall, 67 percent of Duval County voters approved a half-penny sales tax that's expected to generate $1.9 billion for school maintenance and renovation over the next 15 years.

Rutledge H. Pearson Elementary is being rebuilt entirely, as are several other local schools, and the community has been directly involved in choosing the design of the new buildings. Best of all, the public can track the entire project on a public dashboard.

But the slow-motion infrastructure crisis that Jacksonville grappled with is still unfolding in many American communities, says Katie Martin, Ph.D., author of Evolving Education and a consultant who works with school districts throughout the country.

"There are severe inequities and buildings that are just in dire need of upgrades," says Dr. Martin. "There are kids who just have really dilapidated spaces that are not conducive to learning."

The problems go way beyond outdated equipment and peeling paint.

Students in underfunded neighborhoods—the majority of whom are students of color—are likely to spend their days in aging buildings where icy wind seeps in through failing windows all winter or radon has built up for years. Along with crumbling buildings that create a stressful environment, these schools also lack the vital technology and supplies, educational outdoor spaces, and the fresh air that students in more affluent districts see as basic.

In Newark, New Jersey, reports surfaced in 2016 showing that century-old pipes were leaking lead—a substance proven to harm brain development—into public school drinking water. The district installed water filters, but actually solving the problem by replacing lead pipes was beyond their budget. In 2020, a $7.5 million grant from the EPA helped fund pipe replacement.

In most cases, though, funding for infrastructure repair and upgrade comes from the school's local government, according to the U.S. Government Accountability Office (GAO).

So the worrisome backlog of repairs around the country (data released by the GAO in 2020 found that "about half of districts needed to update or replace multiple systems like heating, ventilation, and air conditioning or plumbing") disproportionately impacts kids in lower-income communities as they go back to school this year.

And we know this matters. Over the past two decades, research done around the world has shown the impact of substandard facilities on learning.

"A growing body of research has found that school facilities can have a profound impact on both teacher and student outcomes," according to Penn State's Center for Evaluation and Education Policy Analysis. "With respect to students, school facilities affect health, behavior, engagement, learning, and growth in achievement."

A 2014 letter from the U.S. Dept. of Education called on communities to address the "chronic and widespread racial disparities" in access to everything from effective teaching to "safe and appropriate school buildings and facilities; and modern technology and high-quality instructional materials."

It's a social justice issue: Despite more than a half-century passing since Brown v. the Board of Education, the letter pointed out that these disparities still "hinder the education of students of color today."

And it's a mental and physical health crisis.

"We see time and time again that zip codes predict test scores. It's this self-fulfilling prophecy," says Martin. "You have resources and tax money that go into the building. And beyond that, you have families who pour money into the schools because they can afford it. They're buying the books and resources and furniture and fun things that the teachers want, and then you have communities that don't even have the basic infrastructure."

But innovation may finally change that. In Jacksonville, the half-penny sales tax is designed to begin leveling the playing field between lower- and higher-income neighborhood schools. The rebuilt version of Rutledge Pearson Elementary will have all of the same innovations—the open, collaborative spaces, sun-filled rooms, and state-of-the-art technology—that are found in wealthier schools.

"Regardless of what side of town you come from, or which side of the tracks you may live on, you're going to go to a quality school," says Hank Rogers, who serves as chairman of the Citizen Oversight Committee for the massive renovation plan that covers Duval County's seven districts.

"In every district," Rogers says, "there should be—and there will be—places of learning that our community will be proud of regardless of where you live."

In other communities, the answer could lie in lifting up entire neighborhoods.

In Monessen, Pennsylvania, the local school district is partnering with the nonprofit Reimagine America's Schools to sketch out a creative solution to the school's need for new infrastructure. The schools in this former steel town outside of Pittsburgh are in need of better technology—the kind of computer rooms and "maker spaces" that higher-income towns take for granted.

But rather than seeking funding to place these resources inside the schools, they're thinking bigger: The Reimagine America's Schools initiative and the Monessen school district are looking to transform a local building—perhaps a former supermarket or some other empty retail space—and create a tech center that can be used by the whole community.

Middle schoolers and high schoolers might come in during the day. Then at night, these tech-filled spaces can be used by the community for workforce development classes.

Ron Bogle, founder and CEO of the National Design Alliance, which runs the Reimagine America's Schools initiative, is currently seeking foundation funding for this project. He recently entered the Grable Foundation's Moonshot Grants competition, which has given $500,000 so far this year toward innovative education ideas.

"I'm not really aware of any kind of an integrated approach like this—a kind of ecosystems approach—elsewhere," says Bogle.

It's a groundbreaking idea. And like the public dashboard that keeps Jacksonville taxpayers updated on their massive school renovation project, the plan in Monessen welcomes the entire community into the process of lifting up the local schools.

"It's important that people be a part of shaping the future and creating the vision for their neighborhoods and their schools," Bogle says.

Parents.com is investigating inequities in education. To read more on how the pandemic exposed failures in the education system and how parents and educators can be part of the solution, visit: The Children Left Behind. 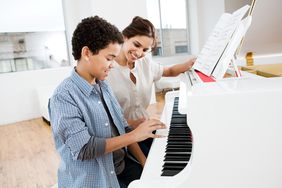