Are graphic novels really hurting children's reading skills? And should kids just stick to the classics? Experts explain why it's time we end the graphic novel stigma for good.

My 10-year-old's pet-sitting earnings were burning a hole in her pocket, and the only place she wanted—no, "needed to go," she told me—was our local independent bookstore to pick up more graphic novels.

At the store, as she held up her selections, I half-heartedly gestured to the other shelves filled with the kinds of books I read as a child. "How about one of those?" I asked, muttering something about the importance of developing the stamina to read longer books with more words. My daughter opted to do her part to build her growing graphic novel collection instead. She bought three.

I'm not the first person to fret over their child's choices in the aisles of our favorite bookstore, Quail Ridge Books in Raleigh, North Carolina. Amber Brown, assistant general manager, says the shop's booksellers often find themselves easing adults' concerns about kids' love of graphic novels. Parents worry kids won't read anything else or develop the skills to read longer books. In fact the opposite is true. Kids who read graphic novels are more likely to develop a love of reading. But well-meaning teachers steer students away from the picture-filled books, pushing the classics they grew up with instead. "It's getting better as we go on," says Brown, "but we do still get parents and teachers saying, 'But I want them to read real books.'"

Despite their popularity, graphic novels have long carried a stigma. That was sparked, in part, by the once widely read 1954 book, Seduction of the Innocent, where author Fredric Wertham detailed now refuted evidence that reading comics causes juvenile delinquency.

But authors and readers pressed on, and by the early 2000s, graphic novels were gaining ground. In 2005, Scholastic's Graphix became the first publisher imprint dedicated to children's graphic novels. It now churns out popular series like Bone, Amulet, and The Baby-Sitters Club, which will become a Netflix show.

Sales of comics and graphic novels in the U.S. and Canada hit an all-time high in 2018, according to ICv2 and Comichron, totaling more than $1.09 billion in sales, up to $80 million from 2017. And 2019 continues to be a big year for the genre. Dav Pilkey's latest in the Dog Man series sold more than 775,000 copies since its August release. And now there's a new way to chart the growing popularity of graphic novels with the recent return of The New York Times' monthly graphic novel best-seller list.

Pilkey, whose Dog Man series has more than 26 million copies in print since launching in 2016, said the combination of words and pictures explain part of the popularity, but it goes deeper than that. He remembers reading Charlie Brown comics as a kid and feeling drawn to more than just the storylines. "I developed an emotional attachment to the characters I was reading about, especially if pictures were involved," says Pilkey, also the author behind the Captain Underpants series.

Age-by-Age Guide to Reading to Your Baby

While a quick look at book covers with cartoonish characters might indicate these novels cover breezy topics, it's far from reality. Pilkey's Dog Man books continue a running storyline about a shared custody arrangement. In the autobiographical Guts, Telgemeier dives into mental health issues, describing the experience of a panic attack with words and pictures—an experience kids struggle with more often these days.

At the same time, the books also require a different level of reading comprehension than a traditional novel as kids decipher a story with not just the words, but also the plot captured in the images, says Telgemeier. That's a skill becoming more important in a world where we distill both words and images on our smartphones and other screens.

And it's one reason why kids speed through the books on the first read—and then read them over and over again. They're capturing the main points of the story the first time and then diving into all its nuances when they open it up again. "It really puts the reader into the driver's seat," says Telgemeier. "They have to do the work. They have to see and think and wonder and look for clues and become a visual detective to understand the full story."

But, for parents and teachers, it can seem like kids are missing out. Shana Frazin, a senior staff developer at the Reading and Writing Project at Teachers College, Columbia University, says they need to embrace their kids or students' interests—and bone up on the research.

"It's not that comics are lacking in sophistication," Frazin told a packed room of teachers at a recent talk on how to teach graphic novels. "It's that we teachers are lacking in the practice of seeing the complexity in these texts."

So is it OK if a kid only wants to read graphic novels? Experts say yes.

Research from the University of Oregon found that comic books averaged 53.5 rare or more complex, words per 1,000. That's more than children's books which average 30.9 and even adult books at 52.7. One study found that graphic texts promote learning and better recall. Another found that students had the best reading comprehension and enjoyed reading the most when they read graphic novels. They also motivate reluctant readers to pick up a book.

"It's not what they read, but how they read and how often they read that's going to improve literacy," says Emily Pendergrass, Ph.D., director of the Reading Education Program at Vanderbilt University. Pushing children to read things they don't want to read, she adds, often leads them to not read at all.

The goal, says Dr. Pendergrass, is to raise a child who identifies as a reader and feels confident picking up any book—whether it's a graphic novel, a Shakespeare play, or a biology textbook.

When I asked my 10-year-old if she's a reader, her answer was a resounding, "Yes." Despite misgivings, I've always let her read whatever she wants, and she's proven any of my worries about her reading stamina wrong. She recently finished all 870 pages of Harry Potter and the Order of the Phoenix.

And then she picked up a graphic novel. 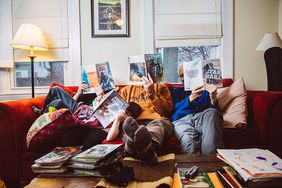 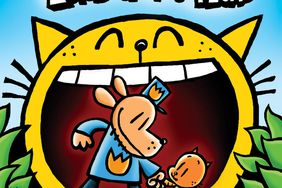 A First Look at 'Dog Man: Lord of the Fleas' With Author Dav Pilkey 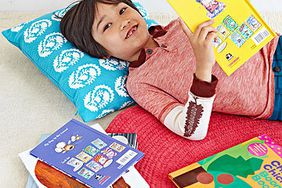 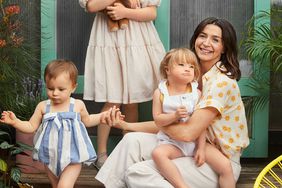