You Hit Your Kid and Shouldn't Have, Now What?

Hitting is never a recommended form of discipline. Experts explain how you can avoid hitting and what to do if you already have.

Parenting inevitably comes with some outdated practices and beliefs that are often difficult to shake. For example, for centuries, it was thought that left-handedness in children was a sign of evil or witchcraft and that any good parent worth their salt would train their child to be right-hand dominant. Science showed us how silly this old belief was, and now, we understand that hand dominance has more to do with genetics than perceived goodness.

Ask a parent how they feel about spanking, though, and you will quickly butt up against controversy despite what science has to say on the matter. According to the Brookings Institution, in 2012 more than 70% of Americans agreed that "it is sometimes necessary to discipline a child with a good, hard spanking." And according to an article published in the Journal of Family Psychology, approximately 80% of the world's children are spanked, which indicates the lasting power of the belief that corporal punishment will redirect kids' behavior and promote manners and obedience.

But science doesn't back this thinking up; in fact, according to data that looked at 160,927 children, spanking had more corrosive, long-lasting effects on behavior than corrective.

With dangerous changes to reproductive rights, soaring child care costs, and fears around housing and job markets, it's no secret times are tough for parents—and sometimes the stress can lead to unintended disciplinary methods. And it isn't limited to spanking. It could be a light slap on the hand after a temper tantrum or a chanclazo (smack with a sandal) after your kids won't stop fighting. It could be a verbal putdown or yelling at your child in a moment of tremendous frustration and stress.

If you've hit your kid in a moment of frustration, you're not alone, and luckily, experts say there are ways to work through it.

Researchers Says Spanking Is Linked to Long-Term Problems for Kids

The American Academy of Pediatrics opposes spanking and recommends parents should instead use effective discipline strategies like praising good behaviors and ignoring bad ones, as well as being a role model for good behavior. While spanking may come as a result of frustration, especially with all of today's stressors, it can lead to more than just localized pain for your child.

Hitting kids can harm their development, especially younger children's executive function, which are the cognitive skills that include working memory, flexible thinking, and self-control, explains Michael Merzenich, Ph.D., a neuroscientist, professor emeritus at the University of California, San Francisco, author of SoftWired, and the creator of BrainHQ, a company providing brain-training exercises to enhance cognitive performance.

The stress of being hit "basically results in the emotional response of the child being dominant and slowing down the executive. As a consequence of that progression, the executive is never very much in control," adds Dr. Merzenich.

It can also cause a harmful biological paradox. "Their brain is telling them to run away from what might hurt them, but their brain is also telling them to go toward their caregiver," says Dan Siegel, M.D., a psychiatrist, co-author of No-Drama Discipline, and the founding co-director of the Mindful Awareness Research Center at UCLA. In other words, by hitting our kids, we are teaching them to continue to seek love from people who hurt them, which is something no parent wants.

How to Avoid Spanking Your Kids

While that all might sound scary, experts say there are ways for parents to prevent a spanking situation altogether. The key? Learning how to control your own emotions to avoid reaching the point of physically lashing out.

"When you get angry your brain is highly active for 1 to 3 minutes," says Dr. Merzenich. "The simplest thing a person can do is be ready to just wait when they get mad. Let it pass. Develop a habit of letting it pass. That changes everything; it changes the amygdala (the part of the brain playing a role in emotion and behavior). You can teach yourself to wait it out."

Understanding what is triggering your reaction is important, too. When a parent gets angry, they may be unintentionally reacting based on their own childhood experiences with discipline or taking cues from how their own parents' tried to instill good behavior.

"When Black parents engage in a reactive parenting practice of spanking, for example, it's often coming from our own trauma and fear…from chattel slavery to Jim Crow and now with Black folks being shot in front of their children—those experiences are triggered when we see our kids behave in a way that might put them in danger," says Trina Greene Brown, author, activist, and founder of Parenting for Liberation, a nonprofit organization dedicated to cultivating resilient and joyful Black families. "It's a maladaptive way of keeping our children safe, and we end up doing harm."

Finding ways to calm yourself down regularly is also a good idea. Dr. Merzenich suggests meditation. Keep in mind that integrating mindfulness practices for the whole family can also encourage bonding, release stress, and help kids become aware of their own thoughts and feelings—and thus be better able to control them too.

And if stress is the reason you lash out, find ways to alleviate that. When it comes to heterosexual two-parent households with an unequal division of labor, for example, it's important to ask for help.

"A woman who is not in an abusive relationship must ask her partner for a more equal burden of care with child-rearing and domestic tasks," says Anita Bhatia, deputy executive director of the United Nations Entity for Gender Equality and the Empowerment of Women, also known as UN Women. She also points out that the coronavirus pandemic has unduly affected mothers on a greater level as unpaid work has fallen on them more than ever before.

"From a mental health perspective, mothers are having a very difficult time and there is little recognition of mental health issues in many societies," says Bhatia. If you don't have a partner, lean on a relative or friend or even ask your children to pitch in more.

What to Do If You've Spanked Your Kid

If you've already hit your kid, don't freak out. There are ways to move forward in a positive way.

Experts say caregivers should first acknowledge what happened in order to mend the relationship with their kids. "Whenever you hit your child, it's significant, so own what you did," says Dr. Siegel. Then make sure to discuss what happened with your kid and console them. "Talk to your child about what they felt. Then hug them, connect with them on their level, and give them comfort," adds Dr. Siegel.

Talk to your child

What can you say? Greene Brown suggests something along the lines of, "I realized when I did this it hurt your feelings. I'm sorry, I shouldn't have done that. Let's make an agreement on how we are going to behave going forward." By holding ourselves accountable for our behavior, adds Greene Brown, we are not only teaching our children to hold themselves responsible for their behavior but also teaching them how to hold others accountable for their own.

If you are afraid you might have hurt your child, call or text the confidential, 24-hour Childhelp National Child Abuse Hotline at 1-800-4-A-CHILD (1-800-422-4453). Parents can also look for a therapist specializing in anger management.

Though there may be a lack of trust in the mental health care industry among some parents ("Black parents are much more likely to be criminalized for those parenting behaviors [like hitting]; our kids get taken from us," says Greene Brown), acknowledging there is a problem can be the first step to ending the silence and getting help. And always remember to have love for yourself and know that every parent makes big mistakes, but our brains are also capable of big change. 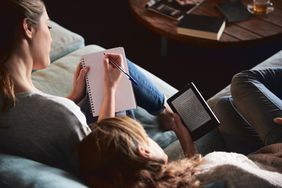 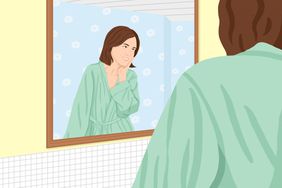