The 'Dawson's Creek' alum talks about what the holidays are like with six kids.

Moving from Los Angeles to Austin, Texas, actor James Van Der Beek and his family settled on scenic ranch land—which they thought would be perfect for starting their own little farm. But that was easier said than done.

“It took some soil amendments, and we had to ask some neighbors and get some volunteers to make it happen,” says the Dawson’s Creek alum. “We did actually get some food out of it, so we consider that a major victory this year.”

The family recently harvested squash, tomatoes, and basil, and have been using the crops to make meals together. That includes steak topped with Van Der Beek’s own special seasoning and salmon. “They love to help cook,” he says of his kids. “And when they have a hand in making it, they just appreciate it more.”

The dad of six—Olivia, 12, Joshua, 10, Annabel, 8, Emilia, 6, Gwendolyn, 4, and Jeremiah, 11 months—and his wife, Kimberly, have also enlisted some of their kids to make a classic holiday dish this year: green bean casserole.

Van Der Beek shared the simple recipe—and his family making it together—on Instagram in partnership with Libby’s Vegetables, which will donate up to 500,000 cans to Meals on Wheels this season. Any like, comment, and share he gets triggers a donation, as does people sharing pictures of their own green been casseroles on Instagram or Facebook with the hashtag #LibbyGivesThanks. Van Der Beek says his kids have been excited to see engagement rise and to give back to Meals on Wheels, an organization donating meals to seniors in need, and one that Van Der Beek’s own grandfather used to volunteer for.

The campaign is also a nice way to help the kids learn more about philanthropy, something Van Der Beek and his wife have been trying to teach them by paying attention to their curiosities and what affects them emotionally. “What we’ve done is really just listen to what their concerns are—whether they're thinking about homeless people or kids who don't have toys—because with each kid, there's something different that really sticks with them,” he says. “And then doing the legwork on our end to figure out how they can participate and how they can help.”

Along with giving back, the holidays at the Van Der Beek household are also very festive, with tons of decorations hung by the kids. “The older ones get as excited about playing into everything for the sake of the younger siblings,” he says. “That’s when I feel like, ‘OK, I’ve done something right.’”

But with so many kids, the holiday season can be a little chaotic, too. “I think we gave up on easy three kids ago,” Van Der Beek jokes. How do they get through it all in one piece? They try and stick to routines as much as they can by respecting bedtimes and keeping the sweets at bay. “Too much sugar or anything outside of what they'd normally be eating really does take a toll emotionally," he says. "So, to try to really keep the treats as treats and not just something that's out all the time is something that I feel like at least I learned the hard way.”

Another tip? Allowing the kids to open one present each on Christmas Eve. “That's something that they really always look forward to and I feel like it helps them get to sleep a little bit if they can open one present a little bit early and play with that,” he says. “It just adds to the joy because Christmas morning, especially with six kids, there's so much going on.” 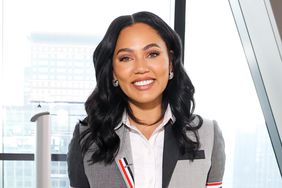 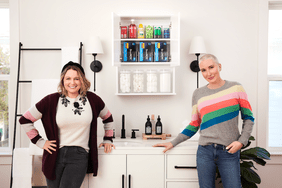 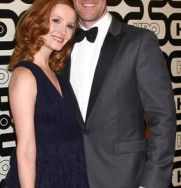 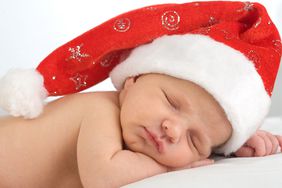 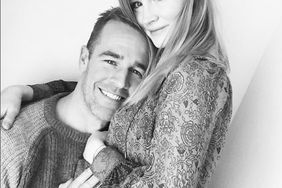