New mom and 'Broad City' star dishes on parenthood, how it has influenced her standup comedy shows, and why she wanted to be photographed while nursing.

Dressed in a nubbly cardigan and buttoned-up henley, her face as clean, scrubbed, and makeup-free as a newborn’s, Ilana Glazer is sitting at a desk for our Zoom call, the morning sun casting a sober light. She looks so calm, cool, and centered, she could be a meditation instructor. Or a therapist conducting a remote session from her ergonomic swivel chair. Could this mellowed out lady in oatmeal-colored knitwear really and truly be the alter ego of Ilana Wexler, the cartwheeling stoned-out slacker with the bra-forward wardrobe of Broad City? Or even the famously workaholic comedian-writer-actor-director-producer, who, with best friend Abbi Jacobsen, sometimes slept in her office while pumping out those five seasons of their wildly creative Comedy Central show? You better believe it, sister.

Glazer and her husband, biologist David Rooklin, welcomed their first child—a baby girl—nearly a year ago, and as new motherhood tends to do, the experience has jolted her into all new territory, with the gamut of emotions to go with it. Becoming a mom has left her awestruck, elated, humbled, strengthened, exhausted, grateful, and everything in between. In short, motherhood has been “mindblowing,” she says—with discoveries both profound and mundane revealing themselves on a near-daily basis. Take breasts, for example.

“It was my idea to be photographed while nursing,” she says proudly of the Parents photoshoot, which took place back in January not far from their apartment in Brooklyn. That’s because the basic act of breastfeeding—like bacon-egg-and cheese sandwiches, liberal democratic policy, Pilates, and (before she got pregnant) weed—is something Glazer gives a wholehearted YAAAAS to. “Before I had the baby I was so focused on the appearance of my breasts,” she admits with a laugh, saying she had fantasies of getting a breast lift and reduction after delivering. “What a shallow B!” Now that her daughter is nearly 1, she’s no longer nursing or pumping, though she appreciates that her breasts are “part of the life cycle” in a way she never fully grasped. “I am so grateful for them in a way that was so disrespectful before,” she says. “I’m like, damn. Hail!’”

Glazer began supplementing her breastmilk with baby formula a few months ago, when her supply began to dwindle. As it turns out, this was was right before the country’s formula shortage reached the level of national crisis. “So far, we’ve been lucky because my local grocery store has always had it in stock and my daughter is on the cusp of drinking regular milk,” she says. “Still, it’s scary. I’m trying not to buy too much at once because as things get more extreme, inequity will become more extreme.”

This has been a scary time to be a mother, period. Back when Glazer was pregnant, the COVID vaccines hadn’t yet become available and Glazer experienced those tense months as a time of seclusion, Zoom socializing, and gallons of hand sanitizer. The experience, she explains, forced her to assert herself more than she usually might.

“I’m a really flexible people pleaser. So that was an abrupt switch, suddenly taking an attitude of, like, ‘Learn it, bitch! You better get on it right now!’” she says, cocking her head with a feisty attitude of in-your-face self-importance (an attitude she pulls as Broad City’s Ilana Wexler but not one that comes naturally to her in real life). “I couldn’t be a wimp about it. I had to interrogate people about where they’d been and enforce boundaries. That’s something my baby has taught me, to not be a wimp, because I have to do whatever it takes to protect her.”

The COVID fear notwithstanding, how was the experience of pregnancy for you?

I felt really in my body the whole time. I gave birth around the end of June 2021 and in the city in the summer, it’s so hot and sticky and it was a very naked summer. But being skin to skin was so yummy.

And what about the delivery?

I had a really empowering birth experience. The active labor was rather quick—I was in labor for about 37 hours and my active labor was like 15 minutes. I got an epidural and then 12 hours later, I got a little Pitocin and then that did it. And by that time, hospitals were allowing partners to be in the delivery rooms again, so David was able to be there with me.

Are you guys on the same page about most things parenting-related?

We are, but it’s not like there’s no conflict. I have these old patterns of obsessive compulsiveness. And worry is a comfortable place for me. But then again, my baby is showing me, like, what am I worried about? What’s to worry about? You could worry all day. So I do have these old patterns where I fall into worrying and David’s like, dude, what are you even talking about?

I know you’re big into doing your research on everything. Where did you turn for your best motherhood advice? Have you dipped a toe into any of the infamous Brooklyn mom forums?

Not too much! I have honestly not had the bandwidth. But I thought the book Expecting Better by Emily Oster was excellent. She’s an economist who gathers and presents information really well so that you have some agency and can decide for yourself. I appreciated that perspective. Also, Loom is this reproductive health platform that I used and am starting to collaborate with. And Dr. Harvey Karp, who wrote Happiest Baby on the Block. I think he’s a genius.

When I see you on Instagram I feel like you’re often cooking or making some sort of delicious sandwich. Are you feeding your daughter some yummy things now that she’s on solids?

Oh yeah, she loves to eat! We give her fish, eggs, fruits, vegetables, nut butter, avocado, and sweet potatoes. Even, like, dank foods. Recently she had some smoked oysters! She was into it. I was like, “Wow, grrrl.”

What are some books you can’t wait to share with your daughter?

As a kid I loved Roald Dahl—Matilda and Charlie and the Chocolate Factory. Also Judy Blume’s Are You There God? It’s Me, Margaret and I loved Shel Silverstein! He’s dark in a great way. Also, do you remember Jeremy Thatcher, Dragon Hatcher? It’s a book  [by Bruce Coville] about loss that I remember crying over hysterically.

What about kids’ movies or TV?

I’m into the classic Disney movies like Aladdin, The Little Mermaid, and Beauty and the Beast. And damn, I love me some Finding Nemo. Abbi Jacobson from Broad City just voiced a role in the animated movie The Mitchells vs. The Machines, which is on Netflix. It’s so cool to be like, “That’s aunt Abbi!”

You’ve recently been able to go back on stage with a new standup show. Has the experience of motherhood seeped into your comedy?

Oh, it’s all that I’m talking about! I’m a totally new person. My new material is about getting pregnant, being pregnant, having the baby, what kind of mom I am. My new thing is, I’m going to be a mess. I mean, I was a very curated mess as Ilana Wexler on Broad City, but you know, that’s not even messy in comparison.

That’s something my baby has taught me, to not be a wimp, because I have to do whatever it takes to protect her.

And motherhood is also central to a new movie you’re working on, right? What’s that about?

Yes! I co-wrote it with Josh Rabinowitz. I will just say that it’s a hard comedy about how having babies affects best friends and it’s going to be so balls funny so that anyone who’s in proximity to this specific experience can relate.

What’s been the hardest thing for you? Is it the sleeplessness?

It’s the living in a walk-up. Between the stroller and the groceries, it's a killer. In our condo we recently voted on whether we could have stroller storage and it became a whole thing! This is why I picked the lightest stroller possible. 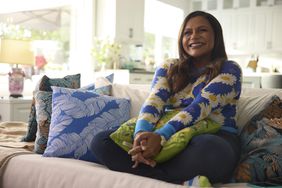 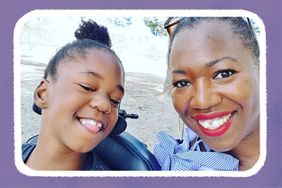