You've seen the sugar skulls, the gorgeous face paints and, of course, Coco. But what exactly is Día de los Muertos? Here's a hint: It isn't Mexico's version of Halloween.

Before Disney introduced the world to Miguel, a little boy who crosses into a vibrant world where he meets his dead ancestors, our family was obsessed with the movie, The Book of Life. This beautifully animated film got my children hooked on Día de los Muertos (or Día de Muertos), a traditional Mexican holiday where families honor their loved ones who have passed away and pray for their continued spiritual journey.

Between The Book of Life and Coco, mainstream America has become quite familiar with the time-honored tradition of the Day of the Dead. But the holiday isn't just about extravagant and bejeweled Catrina (skull) makeup or festive skeletons. It's a multi-day celebration filled with reflection, food, and memories. When my boys wanted to learn just what it's all about, this is where I started.

Is the Day of the Dead the Mexican Halloween?

Definitely not. While Día de los Muertos is celebrated immediately following Halloween, it is a holiday unto itself. Originating in Mexico, it is a two-day celebration that takes place every year, starting on November 1 and ending on November 2—commonly known on the Catholic calendar as All Souls Day. The holiday takes a different approach to honoring loved ones who have passed. Instead of mourning them, families party with them—sort of.

Then what exactly is Day of the Dead?

The idea behind Day of the Dead is that starting on midnight on October 31, the worlds of the living and the dead become one, and the souls of our ancestors wake up and celebrate life with the living. As such, one of the most common sights during the holiday is an altar, a table or flat space in one's home that's decorated with pictures of loved ones, real or paper marigolds (the unofficial flower of Día de los Muertos), fruits, and pan de muerto, a traditional sweet bread typically baked during this time.

Also on display are mementos honoring family members or foods that our loved ones enjoyed before they passed, which are considered ofrendas or offerings. For example, in our home, my grandmother's photo on our altar has a little espresso cup and a tiny moka pot because she couldn't live without her Cuban coffee. And, under the boys' Irish/Norwegian great-grandparents photo, there's an empty Guinness pint glass and a small Norwegian flag. According to legend, our family's spirits cross back into our world during this time, so you want to welcome them with familiar relics of the past.

In addition to the altares and ofrendas, some other traditions include buying and displaying sugar skulls, painting your face with elaborate details in the style of La Catrina—a glamorous skeleton who is considered one of the symbols of Día de los Muertos—and displaying marigolds, which are believed to guide your loved one's soul back to the world of the living (remember that golden marigold path in Coco?).

How Did the Day of the Dead Start?

Day of the Dead began around 3,000 years ago with the rituals of the Aztec, Toltec, and Nahua people—pre-Columbian, Mesoamerican cultures who believed that mourning their dead loved ones was disrespectful and that death was the natural next-step in the cycle of life. The spirits of the departed were considered members of their community and were kept "alive" by being honored with rituals that provided them with water, food, and tools to help on the arduous spiritual journey. Like modern-day Día de los Muertos, these civilizations believed spirits temporarily returned to Earth during these ceremonies.

Today's version is actually a mix of those pre-Columbian rituals and Christian traditions. With the spread and power of the Roman Catholic Church in the fourth century A.D., pagan celebrations of the dead—which consisted of bonfires around gravesites, dancing, and feasting—started fading away. Instead, the church combined them with their own holidays honoring the deceased, All Saints Day (November 1) and All Souls Day (November 2). Then, in Spain during medieval times, believers would place wine, spirit bread, flowers, and lit candles on the graves of their loved ones to help them find their way back on All Souls Day.

Common Day of the Dead Words to Learn

Rooted in ancient and Catholic rituals, Day of the Dead is a beautiful and vibrant celebration intended to honor our deceased loved ones. It's celebrated with colorful, thoughtful traditions meant to keep treasured memories alive. What else should you know? Here's a little cheat sheet:

Altar de muerto: An altar believed to be the center piece of Day of the Dead where pictures, offerings, and food are placed. This can be a small table or elevated surface in your home where battery-lit candles and water—thought to represent purity of the soul and quench the thirst of journeying spirts—can be added.

Ofrendas: This is often interchangeable with altar and consists of all the things you offer to your ancestors. From favorite items to mementos to food and drinks, these are meant to welcome loved ones back from the dead.

Pan de muerto: A sweet, orange and anise-scented bread commonly baked in the weeks leading up to Day of the Dead and eaten during its celebrations. It is often shaped into skulls or bones and sprinkled with sugar.

Calavera: Often called sugar skulls, these colorful decorations have become synonymous with the holiday. Made from alfeñique—a type of molding paste made from sugar—calaveras are thought to symbolize departed souls.

La Catrina: Consider her the Grand Dame of Día de los Muertos. La Calavera Catrina—or La Catrina for short—is an iconic symbol. She is a beautiful female skeleton often seen with glamorous accessories, with roots in satirical drawings of the early 20th century that were meant to mock members of Mexican high society who aspired to the wealthy lifestyles of Europeans.

Papel picado: Traditional Mexican craft in which intricate designs and patters are cut from colorful tissue paper. During Día de los Muertos celebrations, you can find papel picado banners hanging over altars and as décor.

Cempasuchil: Also known as Mexican marigolds, these flowers have a distinct scent that is believed to help attract spirits as they make their way back home to their loved ones during Day of the Dead celebrations. 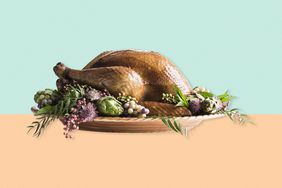 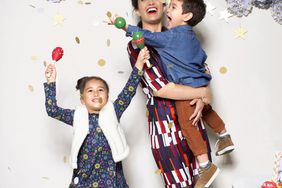