When My Child Was Afraid of Santa

For many kids, fear of Santa lasts a few moments. For our daughter with Down syndrome, it lasted nearly a decade.

Our daughter Penny has been afraid of Santa for as long as we can remember. For the first few years of her life, I kept forgetting her phobia and cheerily plunked her near the jolly old elf while she buried her head in my arm, her heart racing. But then, when she was 4, the mere thought of Santa arriving at a holiday party prompted her to have an accident all over my husband and me. After that, I remembered.

Penny is not alone in her fear of Santa, nor does it seem entirely irrational to distrust a large man in a red suit who knows all about you even if you've never met. Plenty of other parents have needed to navigate tears around his arrival. But for most children, the fear lasts for moments, not years. Penny has Down syndrome, and if there's anything I've learned about parenting a child with a disability, it's that often, things take longer. Dina Roth Port's 7 Ways to Help Your Child Overcome the Fear of Santa includes the advice to go slow. For most kids, "go slow" means take a few minutes longer than usual. For Penny, "go slow" has meant years of inching closer to the man in red.

The approach of Christmas has always prompted in Penny the delight of anticipating presents, vacation days, and family celebrations. But it has also brought the concern that Santa will arrive in the living room, overstep his boundaries, and pay her an unwanted personal visit. She banned the tooth fairy as soon as she was able to write on her own ("Dear Tooth Fairy. Don't come. Ever. Love, Penny"), and soon after, Santa received a note of warning to fill the stockings and go away. She refused to go near him at any community event where he was available for visitation ahead of time.

Penny, like many other kids with special needs, has had plenty of other opportunities to be brave. She has had multiple minor surgeries for ear tubes and eye stints. She's endured the disorienting change of routine in moving and changing schools. She's overcome her fear of seeing people with medical equipment such as crutches, oxygen machines, wheelchairs. So we didn't feel like overcoming her fear of Santa was high up on the list of priorities.

Dax Shephard Gets Real with His Daughter About Santa Claus

Still, Penny wanted to join in the excitement. She wanted to overcome her fear. Last year, when Penny was in third grade, Santa showed up in our town two nights in a row. The first night she stayed away. But when her younger brother and sister talked about their time on Santa's lap, Penny all of a sudden seemed interested. The next night, when Santa once again appeared, she said, "I want to be brave, Mom. I want to see Santa."

For Penny to approach Santa took nearly a decade. It wasn't a huge deal in the grand scheme of things. Nevertheless, it highlighted the truth that although her social and emotional development has taken longer than other kids, she is growing up. She can work to conquer fears. And, best of all, her experience of that fear helped her to show compassion to another child.

When Penny and I stood in line together to greet jolly old St. Nick, we walked up to Santa alongside a 3-year-old neighbor who was having second thoughts about the experience. Penny leaned down to the little girl and said, "Santa's not scary. I'll help you." They approached him together, with Penny murmuring reassurance to her young friend the whole time, until it was her turn on his lap. She walked out of that room with bright eyes and a big smile. This year, she's ready.

Amy Julia Becker is the mom of three kids who love broccoli and hot dogs, and who ask for lollipops every day! Her guilty pleasures are Chardonnay and Diet Coke. She is also the author of Small Talk: Learning from My Children About What Matters Most and A Good and Perfect Gift: Faith, Expectations, and a Little Girl Named Penny. Visit her at amyjuliabecker.com. 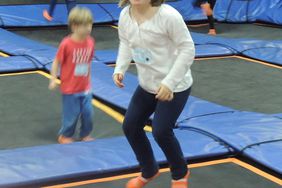 10 Things I've Learned from My Daughter with Down Syndrome 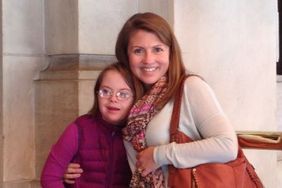 Changing Expectations for Kids with Down Syndrome 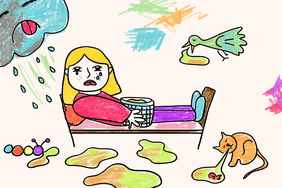 Raising a Child With Emetophobia: How to Cope With a Fear of Vomiting 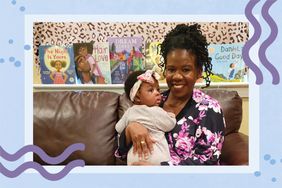 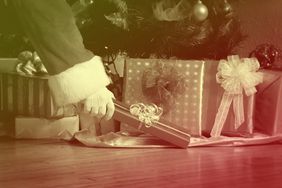