I know people might call me a Grinch, but my kid doesn't need to believe in Santa to find magic in the season.

My 4-year-old came home last week talking about Santa for the first time. Her friends told her all about him at preschool. Right there, I told her the truth about Santa. We talked about the real man he's based on and how, in some families, they still act like he comes to give gifts. No issues. No tears. She wasn't attached to the idea yet. I'm fully aware that I'm about to be the Grinch Who Ruined the Tadpole Class Christmas. I just won't lie to her about something that doesn't matter and, I think, takes away from an amazing holiday. My kids don't need Santa or elves to find magic in Christmas. I think only parents do.

The message the world tell parents is clear: Christmas must have magic to be special. Wonder and amazement must ooze out of every single day in December. It can't just be good, it must be other-wordly. And since that isn't real, parent's must fake it. They must fill the kids with awe and break the laws of physics. Santa must come. Reindeer must fly. Elves must arrive. We must lie to them to make their wildest dreams come true. It's not enough for it to be memorable. It must be unforgettable. But I'd rather my daughter trust me; trust what I tell her about the world and how it works. No amount of fun is enough for me to tarnish that.

Maybe all this focus (and pretending) about Christmas feels so necessary because we, the parents, are trying to find a feeling we lost. We want our kids to have so much magic that it will propel them into happy adulthoods. We know the real secret is that adulthood is hard. Holidays for many parents are complicated, even painful. Besides the emotional toll, most Americans feel financially stressed during the holidays. All the stress and holiday celebrating is even linked to an increase in heart attacks.

In turn, the magical myths of Christmas have exploded into a full-blown industry of lying to children for fear of not giving them a "good enough" childhood. Every Christmas season, millions of parents move elves every day for a month. Everyone asks children this time of year, "What did you ask for from Santa?" Friends, neighbors, and total strangers in line at the store get in on the fun of the obligatory "magic."

My views on the holiday season probably stem from my own family traditions, and I'd rather give that to my kids. My earliest memory of Christmas is laying under my grandmother's tree, looking up at the lights and glistening ornaments late into the night on Christmas Eve. Along with my cousins, I giggled, whispered, and guessed what the boxes might hold. We slept at the foot of the tree every year we were together. We weren't waiting to catch Santa. In fact, I don't remember much about Santa during those holidays. That piece was there, but it's at the edges of the memory. Nice, but extra.

The magic was in the room. Those familiar walls in darkness with a glowing tree of brilliant light and shining baubles. We stayed up too late watching Christmas Vacation yelling the lines, most of which I was too young to understand. We created elaborate "pageants" that we performed for our captive family. We waited for Christmas morning together.

Christmas doesn't always feel like it did when I was 8, falling asleep at the base of a tree. But that's probably because I haven't seen that tree in a while. I don't know when I last watched any movie with 20 loud relatives. My youngest daughter hasn't even met my grandmother—because of time, because of money, and because of distance. It's sad. But it's not because there is no more Santa in my Christmas.

Being the parent now, I understand the desire to make Christmas larger and more magical than real life. And writing notes to Santa or buying a $20 elf is cheaper, easier, and less complicated than what the holiday is traditionally about.

We explained to my daughter not to ruin the fun for other kids who want to believe in Santa. Hopefully she won't. In our house, we just don't want to focus on something that isn't real when so much about Christmas is. We want to focus on family. There's no magical man appearing with gifts. But there are so many other things to look forward to: Decorating, fort-building, cookie making, and shopping. We drink cocoa, throw snowballs, and drive around singing while looking at lights. There are just two young giggling girls who sleep under the tree—but the real magic is them. 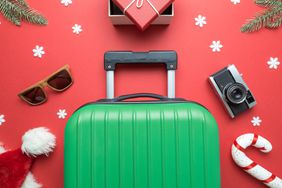 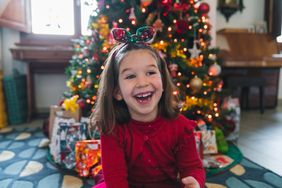 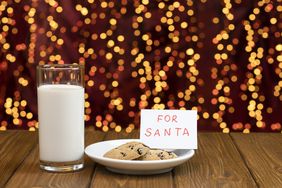 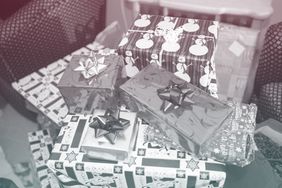