May 1 is the the first day of Asian American and Pacific Islander (AAPI) Heritage Month. Here's why it's more important than ever to teach kids about AAPI culture and history, plus fun activities for celebrating together.

As a second generation Chinese immigrant, I've always tried to incorporate some of my parents' traditions into my own family's celebrations. My kids—aged 4, 7, and 9—happily accept red envelopes from their grandparents on Lunar New Year and are pros with chopsticks at dim sum. But children of all backgrounds can benefit from learning more about the culture, history, and contributions of Asian Pacific Americans (APA).

Given the breadth and depth of Asian American and Pacific Islander (AAPI) contributions in the U.S., how can parents introduce their culture to kids? Start with these AAPI Heritage Month facts and fun learning activities for all ages.

What Is Asian American and Pacific Islander Heritage Month?

AAPI Heritage Month began in 1977 as a ten-day celebration of Asian Pacific American contributions to this country. In 1992, President George H.W. Bush signed a law expanding the celebration to the entire month of May. The observance commemorates two events: The arrival of the first Japanese immigrants to the United States on May 7, 1843 and the completion of the Transcontinental Railroad, largely built by Chinese immigrants, on May 10, 1869.

Why Is AAPI So Important?

With 6.8 percent of the population identifying as Asian American or Pacific Islander, it's the fastest growing demographic in the United States. Yet the experiences of this group have long been overlooked and misinterpreted. And an increase in anti-Asian violence over the past year underscores the need to foster more awareness and understanding.

But what does that mean for kids? Decades of research show that representation matters: When children see themselves reflected in books, movies, and other media, it empowers them to imagine more possibilities for their future. And for all kids, learning about other cultures nurtures empathy and a broader view of the world.

Anti-Asian Racism Has Families Fearing For Their Safety

What Is the Best Way to Explain AAPI History to Kids?

The term "Asian American" was coined in 1968 by student activists at the University of California, Berkeley to recognize the shared challenges and experiences of Asians in America. Before then, the disparate groups from that part of the world were identified by their specific countries—Japanese American, for example, or Vietnamese American. Today, the expanded labels AAPI and APA include people with ties to the Far East (China, Korea), Southeast Asia (Cambodia, Thailand), the Indian subcontinent (India, Pakistan), and the Pacific Islands (Hawaii, Guam, the Samoan Islands).

Despite this diversity, Asian Pacific Americans are often seen as members of a monolith—successful, proficient in math, winners of the "model minority" lottery. But the reality is far more complicated. To help dispel these misperceptions, the Smithsonian Asian Pacific American Center (APAC) released a video series entitled We Are Not a Stereotype.

According to Andrea Kim Neighbors, manager of education initiatives at APAC, the series introduces the "long and complex Asian Pacific American histories and narratives that are often missing from classroom textbooks, literature, teaching tools, and more." Stories showcase the life of Queen Lili'uokalani, the last Queen of the Hawaiian Kingdom, for instance, or the bravery of Japanese American units that served in World War II. On its website, APAC also works with different organizations to highlight artists, scientists, and other important figures from the Asian Pacific American community.

What Activities Can You Do With Your Kids to Recognize and Celebrate Asian American and Pacific Islander Heritage Month?

"Books are a great place to start, but even that can be quite overwhelming," says Neighbors. She suggests that parents consult a book review site like APAC's BookDragon, which helps parents evaluate different titles for their family libraries. Lee & Low Books, an independent publisher with a minority and multicultural focus, is another good resource for Asian Pacific American stories, suitable for all ages and reading levels.

Reading with kids, especially when they're young, is a great opportunity to expose them to different perspectives. My kids never tire of hearing me read Bringing in the New Year to them. In its colorful pages, they see our Lunar New Year traditions and also learn about new customs (such as purchasing new clothes for the day)—which they later beg me to introduce! Another family favorite is the World Snacks board book series. Each volume is a different stop on a culinary tour around the globe. The destination my kids can't get enough of: Chaat and Sweets, a whimsical look at snacks from India.

Have a Watch Party

Television and movies can help bring AAPI culture to life for children. Tweens might enjoy PBS's 5-episode opus Asian Americans, currently streaming for free. Starting with the first major wave of immigration in the 1800s, the documentary covers the arc of Asian Pacific American history in the United States. Neighbors warns, however, that some scenes are intense. "Parents may need to pre-screen it first for very young children, but it's definitely a good primer," she says.

For the younger set, Over the Moon, a gorgeously animated film from Netflix, uses the Chinese legend of Chang'E as the backdrop for its intimate family tale. Through the lens of its characters, a close-knit Chinese American family, the movie highlights customs around traditional Chinese holidays like the Moon Festival.

Visit a Museum, In Person or Virtually

Museums are a great way to get little ones excited about a subject, and while most are currently open to the public, some parents may choose to explore virtually—due to the ongoing pandemic and/or convenience.

The Museum of Chinese in America (MOCA) in Manhattan's Chinatown, for example, has put 20 percent of its collection online. Curators also hold regular virtual events, such as their bi-weekly MOCAKIDS Storytime. The Japanese American National Museum in Los Angeles offers live-streamed, docent-led visits of its collection for students, arranged through schools. Parents can also download activity books, origami videos, and more to use at home with their kids.

In Seattle, the Wing Luke Museum of the Asian Pacific American Experience is supporting APA artists through special programs now available to the public. With a contribution to the UPLIFT APA Artist Relief Fund, donors earn a chance to win a cooking class, dance lesson, or original work from artists they support. The museum also hosts virtual offerings—such as ticketed tours of its exhibits and cooking classes with chefs from Seattle restaurant institutions.

Perhaps the most direct way to a culture's heart, however, is through its stomach. And since AAPI cuisine is as diverse as its people, there's a dish for every taste.

For those who want to try their hand at cooking at home, food blogs are a great place to start. Often created by home cooks who want to explore and preserve family recipes, these blogs feature mouthwatering photos, step-by-step instructions, and stories. Just One Cookbook, for example, shares Japanese classics like Teriyaki Pork Donburi as well as more modern favorites like Fruit Sandwiches made with milk bread. Or dive into a few new Filipino dishes. Like many blogs, Panlasang Pinoy includes twists on classic dishes to fit different tastes such as their chicken variant of Binagoongan, a savory dish typically made with pork belly. So grab a fork (or pair of chopsticks) and dig in! 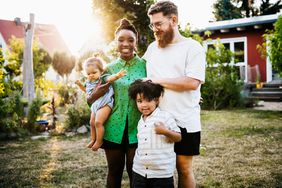