People in Wheelchairs Walk at Graduation: So Inspiring!

OK, I'm not calling this a trend, but in the past week I have read several awesome stories in the news about graduating seniors in wheelchairs who walked across the stage to receive their diplomas. And each time, it's given me a bliss lift.

Chris Norton, a former Iowa College football player paralyzed by an injury during his freshman year, was told it would be a miracle if he ever walked again. That miracle happened when he got out of his wheelchair walked at graduation, helped by his fiancé (above).

At age 16, Alicia Anderson of Ionia, Michigan, got Wilson's disease, a degenerative genetic disorder. As her mother said, "At one point I didn't think she was going to make it to graduation, let alone make it to 18. Alicia is relearning everything all over again, kind of from being an infant again." Meanwhile, staffers at her school had been helping her learn to walk again—unknown to her family. On graduation night, they pushed her wheelchair up onto the stage, locked it, and Alicia walked over to receive her diploma to wild cheering from the crowd.

Alicia hopes to someday work at the University of Michigan's Hospital, which saved her life.

Then there's the story of Cory Almanza, a senior in Abilene, Texas, who was in a serious car crash a year ago that left him in a coma for months. When he emerged he went into rehab, and progressed from not being able to stand with assistance to standing almost independently. Last Saturday, he walked across the stage to receive his diploma.

Caytie Gascoigne, 17, of Murfreesboro, Tennessee, was also left in a coma following a car crash, with multiple broken bones. In December, doctors put her into an induced coma. She returned to school in March, going from a wheelchair to walking on her own without a limp—and getting voted prom queen. When she took to the stage at graduation, she got a standing ovation.

I'm not saying these stories show that where there's a will there's a way, because as parents of kids with special needs like me know, life doesn't always pan out that way. Determination matters, of course, but so does luck and fate. One thing I know for sure, though, is that I am always glad to revel when some people beat the odds. 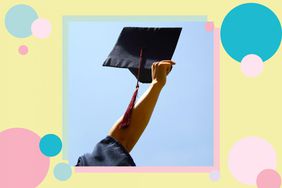 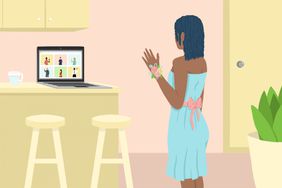