Let's Expect Tolerance—But Make Sure Our Kids Do No Harm

Parents of kids with special needs have a right to tolerance—but also need to make sure other kids are safe, as a recent lawsuit shows.

The Internet continues to buzz about the lawsuit filed by residents of Sunnyvale, California, against a neighboring family that has a child with autism. The plaintiffs contend that the child bit, hit, and kicked their children, and that because the parents didn't provide adequate supervision, their children did not feel safe outside. They say they sued as a last resort. In a statement released to ABC News, the defendant family contends that "manipulative falsehoods have been spread...which we feel amounts to a modern-day witch-hunt against a small disabled child and his family." It seems like there is a lack of tolerance on both sides.

The case has autism advocates concerned, particularly because it may encourage others to bring legal action against parents whose children with autism are difficult to control. The family is said to have tried medications, caregivers, and special classes. And then, they moved out of their home.

I had two visceral reactions to this story: First, I felt awful for the family getting sued. I have been that parent with an out-of-control child who has special needs, although my son does not have violent tendencies. Still: I also felt terrible for the neighbors and children who felt unsafe in their space.

As special needs parents, we have a right to expect tolerance. Our children may exhibit very different behavior than other kids, and often accommodations and mindset shifts are necessary. But it's also our duty to make sure that our children do not make others feel terrorized. Months ago, a friend told me about a child with special needs at the playground who was shoving kids. When confronted, the father basically shrugged his shoulders and explained that his son had autism. Not. OK.

Obviously, this case is more complicated than that, but the point is: As challenging as it may be when a child has aggressive tendencies, and as many other burdens as special needs parents may carry on their shoulders, it is up to us to come up with effective solutions for handling our children in public. We need to have tolerance for the fact that other parents do not want to fear for their children's safety. I don't have the answers here, especially since I don't know all the details, but perhaps those parents could have turned to a consultant for ideas. Years ago, when Max would screech at restaurants and disturb other customers, I sought advice from a behaviorist.

I'm not sure there will be a happy ending here for anyone involved. But I do hope that this lawsuit gets both parents of kids with special needs and those without thinking about what tolerance means. 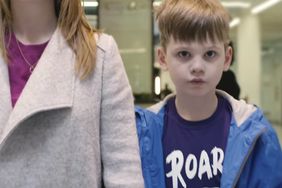 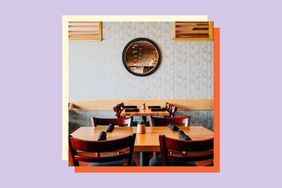 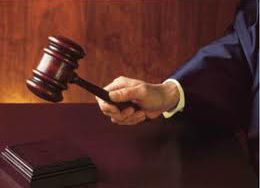