This week, father and son Shaun and Shamus Evans set off on an ambitious trek: To race across the country. The pair, from upstate New York, started in Seattle and will end their 3,186-mile Power to Push event in New York City on September 1. Their run will be a particularly amazing feat given that Shamus, 9, has cerebral palsy—and Shaun will be pushing 140 pounds of jogging stroller and kid through fifteen states.

The two are following on the incredible heels of Team Hoyt, the famous race duo also involving a son with CP, although the Evans have their own unique story. Shaun is a physical therapist and an experienced marathoner. For years, he let Shamus choose the distance of his training runs, recounts the Times Union. Then Shamus asked his dad to push him in a jogging stroller in ultramarathons. Sure thing! And then, Shamus suggested that they do a coast-to-coast run to raise money to purchase adaptive jogging strollers for kids in need.

So far, they've racked up more than $70,000, and plan to drop off 20 to 25 strollers along their route (mom Nichole and younger brother Simon will be following in an RV). Shamus, who can walk with assistance, plans to cross the finish line in New York with his walker.

Shaun's been training for months now. Once, when he was on a particularly grueling run, he felt like turning back. Then he thought about Shamus getting through Botox injections in his legs, a common procedure to help ease the spasticity of cerebral palsy, and pressed on. As he told the Times Union, "When I was running for myself it almost became like a job or an obsession. Now that I'm doing it more for my son and more for other people, it's so much more joy being the legs for somebody else." 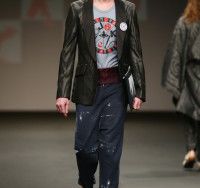 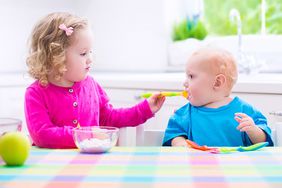 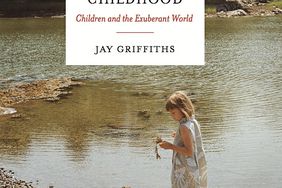 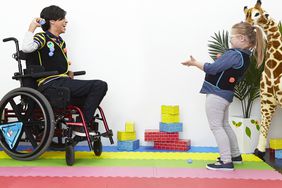